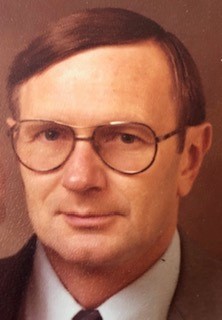 Alan Raymond Harter, beloved husband of Mary Harter, passed away peacefully at their residence in St. George, Utah on Dec. 12, 2020.

Alan was born on March 5, 1937, to parents Alvin and Lydia in Cedar City, Utah. He excelled in education from an early age and was actively involved in student government where he served as senior class president in 1954 at Cedar High. While attending CSU, he was a member of the Air Force Reserve Officers Training Corp and was the drummer for the Starlighters Orchestra. In his second year at CSU he became engaged to his classmate, Mary Ellen Mathews.  They were married on May 31, 1957, in the St. George Temple where they were sealed for time and all eternity.  He served faithfully as a devout member of The Church of Jesus Christ of Latter-day Saints in numerous leadership and service capacities.

Alan graduated with a bachelor’s degree in Business from Utah State University.  Later he attended George Washington Law School where he graduated with honors. In the Fall of 1970, he began practicing law in the State of Nevada.  His law career led to the positions of Deputy District Attorney for Clark County, Nevada, and then District Attorney for Esmeralda County, Nevada, while also running his own private practice. He practiced law in Las Vegas where he focused on family and criminal defense work.

Alan is survived by his wife, Mary; sons: Steven (Shelly), Mathew (Brandie), Mark (Valerie) and Craig (Robin); daughter-in-law, Lynne; 26 grandchildren; seven great-grandchildren, and counting. He is preceded in death by his parents and oldest son, Stanley.

Graveside services will be held Saturday, Dec. 19, 2020, at 1 p.m. at the Santa Clara City Cemetery, 1950 Ancestor Way, Santa Clara, Utah. Masks are required for those attending the services.

Many COVID-19 restrictions lift in Washington County, vaccine eligibility expands to some high-risk