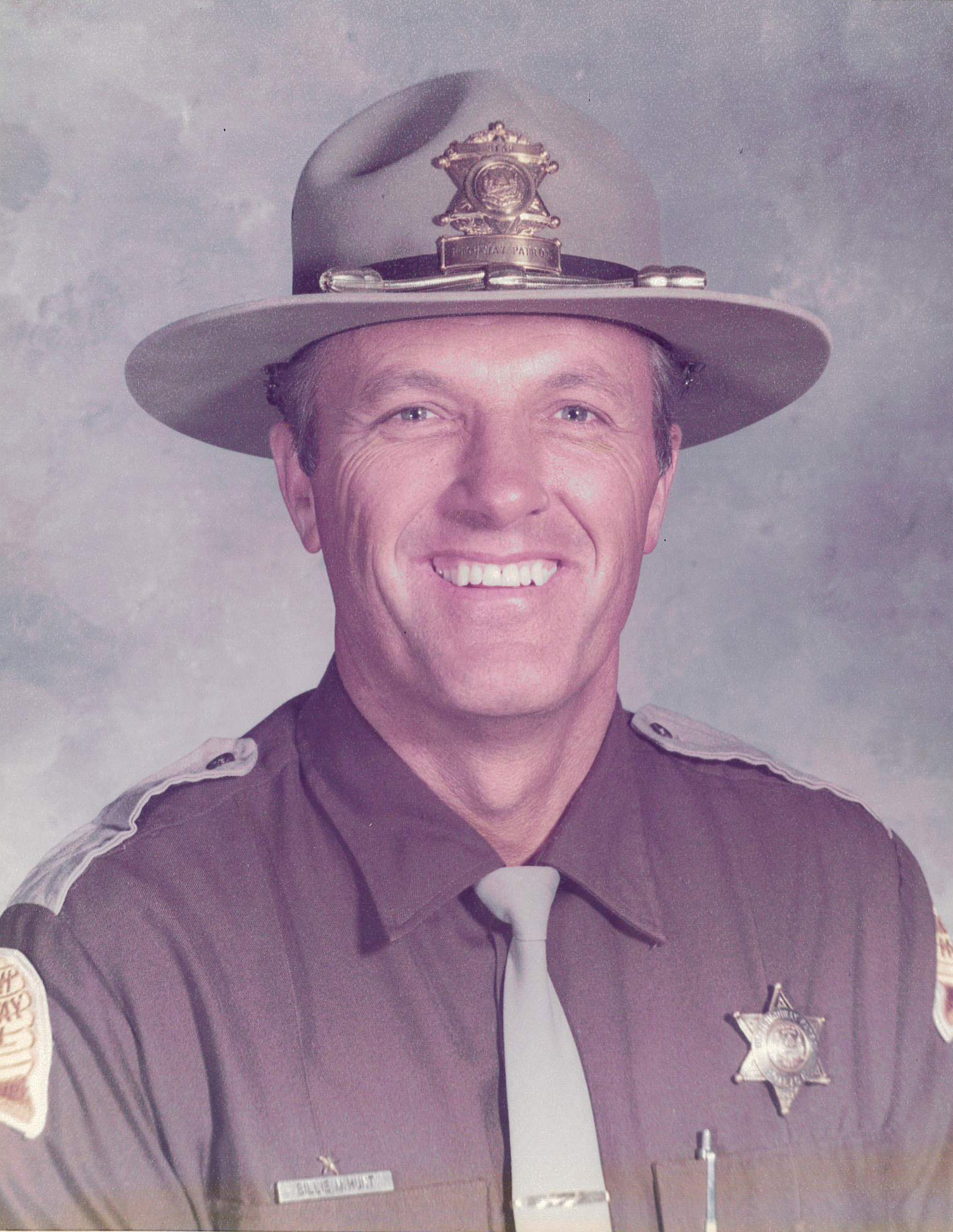 Billie Marion Hunt, age 88, of Washington, Utah — devoted husband, father, brother, grandfather and great-grandfather — passed peacefully from this life to the next on the evening of Nov. 20, 2020, from causes incident to age and Parkinson’s Disease. He lived a full life of love, integrity, service and hard work. Billie was born Sept. 28, 1932, in the family home in Enterprise, Utah. He passed away at the family home of Kevin and Marian Burningham (his son-in-law and daughter) in Eagle Mountain, Utah. He will be laid to rest in Enterprise, Utah, just two blocks from where he was born.

He was the second son of John A and Agnes Jones Hunt, parents who inspired in him a deep sense of personal integrity, love of family, and the importance of kindness and honest labor. Billie was a faithful member of The Church of Jesus Christ of Latter-day Saints and served in numerous church leadership callings.

He graduated from Enterprise High School and began working with his father in the family trucking business at a young age. Billie was never one to be idle, and from high school on he always worked two to three jobs at a time giving full measure of effort to each task. He worked variously as a movie projectionist, a farmhand for Bracken Farms, and a laborer at the Columbia Iron Mines. He was well known in Southern Utah as the consummate horse whisperer and trainer, whose skills were in high demand. He was a true cowboy throughout his young adulthood and participated in the local rodeo circuit as a team-roper and calf-roper. His beloved horse, Kelton, served him well in this endeavor and was the envy of all whoever saw them work an arena together.

Billie married Kay Hebdon on Aug. 19, 1951, and together they had three daughters: Marian Kay, Cindy, and Sherrie Lee. They later divorced. Billie’s heart then led him to long-time family friend, Sharon Cox. Their love for each other was complete and legendary. They married on April 14, 1967. They were later sealed for time and eternity in the St. George temple and were an inseparable team throughout their 53 years of marriage. The children often joke that since they each were a perfectionist, Billie and Sharon were perfect for each other because no one else but the two of them could have measured up to their standards of thoroughness and order.

Billie and Sharon enjoyed many memorable trips together in their RV to enjoy horse races, car races and rodeos and spent many summers at their “secret spot” in Ely, Nevada. They drove together as a cross-country team for Cox Trucking for many years. It seems the highway called his name and he worked throughout his life driving the highway as either a truck driver, school bus driver, or ultimately at his dream job as a dedicated public servant with the Utah Highway Patrol. The only way this could have been a better job for him was if he’d been able to do it while riding a horse. Billie took up running while living in Price and ran in more than 25 marathons including Boston and Hawaii. Sharon was his biggest cheerleader and ultimate supporter in all he did. His children and grandchildren will always remember his legacy and light up with pride at the mention of his name.

Billie enjoyed golf, spending days on the course in casual foursomes with family and friends (including grandsons Kris and Geoff), as well as competing in numerous tournaments. During Billie’s time with the Utah Highway Patrol in Parowan, Utah, he and Sharon became famous from coast-to-coast and border-to-border as the Beekeeper and Queen Bee, operating a CB base station from their home there, offering aid and information to truckers and motorists. His service with UHP took them from Southern Utah to Eastern Utah. He earned both Trooper of the Year and Supervisor of the Year awards while with the Patrol, retiring in 1994 and relocating to Washington, Utah.

Billie was preceded in death by his parents, Johnny and Agnes; siblings Reed, Paul, and DeAnna Lee; and stepdaughter, Janiece Bowler. He is survived by his wife, Sharon; daughters Marian (Kevin) Burningham, Cindy Garrett, and Sherrie Wollenhaupt; siblings Valdean (Mavis) Hunt of Enterprise and Burnell (Velma) Hunt of Spanish Fork. His son-in-law Kevin became the “son he never had” and they shared a wonderful bond. He is also survived by grandchildren Monica, Jessica, Jacob, Kacey, and Jaden Burningham; Kristian Holtan and Amy Jensen; Michael, Geoffrey, and Allison Garrett Miller; Rhysa Yannotti and Nigel Wollenhaupt; as well as 12 greatgrandchildren.

His three girls know they have been loved and nurtured by a great man. Special thanks to the IHC Hospice teams for the compassionate care they gave Billie. The family also wants to express their love and deep appreciation to his sister-in-law, Colleen Cox, for her years of selfless service and support to Billie and Sharon as Billie’s health deteriorated.

The family requests in lieu of flowers or other memorials, that a donation be made to the Huntsman Cancer Center, an organization Billie and Sharon supported for many years.