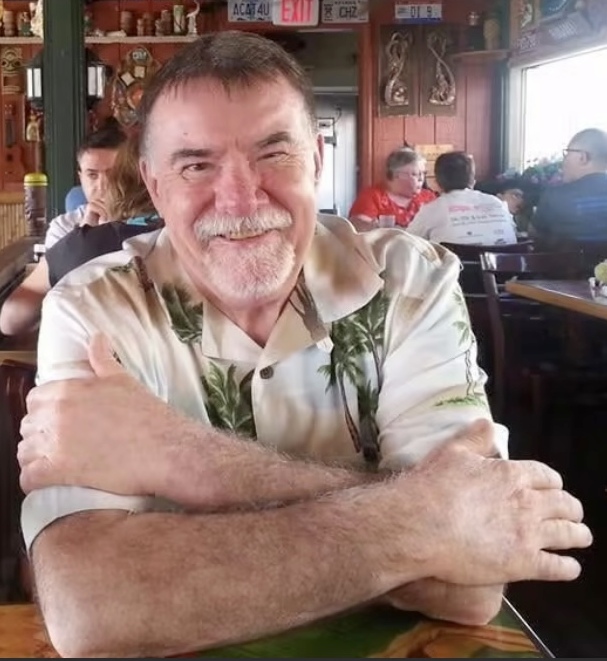 Gary Johnson was born in Pontiac Illinois on July 26, 1951, to Bud and Betty Johnson. He and his family moved to St. George Utah when he was a small boy. He grew up there and graduated from Dixie High School in 1970.

During his teenage years, Gary was in a band and is a drummer. He loved playing in that band and Ned Nelson was the guitar player and sang. In 1986 he drummed in The Virgin River Band. Great fun was had by all. He served his country in the Triple Deuce’s National Guard in St. George Utah. He’s told me many fond memories of his service and made many lifelong friends.

On July 5, 1983, Gary and I met, thanks to our friend Lynne Fishman. We married on Aug. 1, 1983, combining his three children and my two children. We have had 37 wonderful years together. We lived in Coalville, then to Las Vegas, Nevada up to St George, Utah then in 1987 we moved to Bridger Valley Wyoming for 26 years. While there we owned and operated A1 Self Storage and Bridger Valley Auto Parts.

Gary went through to Police Acadamy in Douglas Wyoming and was voted most improved physical fitness in his class. He was a patrolman in Lyman Wyoming in 1989. He was also a civil process server while being on the police force. He also worked at Union Telephone in Mountain View, Wyoming. Gary became the Chief of Police in Mountain View, Wyoming, and it was from that job he retired in 2013.

We made many good friends throughout this time and cherish them all. It was great to live in Wyoming where my parents and the rest of my family lived. Once he retired we moved back to the St. George area and are near Gary’s family. We now live in Mesquite, Nevada and are near our daughter Heidi and family.

Gary has a need for speed and raced at Rocky Mountain Raceway in West Valley City, Utah. He has had several dragsters through the years. It’s a favorite hobby. He also loves to fish and that is his main way to chillax.
Gary is preceded in death by his parents Bud and Betty Johnson. His in-laws Barbara and Laverl Simmons. Best friend Ned Nelson and many Aunts, Uncles and cousins.

We want to thank everyone for the help and love given to us in this difficult time. Thank you very much to Mesa View Hospice for their special care. Thank you to Virgin Valley Mortuary for their kindness and their wonderful care.

Cremation has been done as Gary wanted.

A celebration of life will be planned in the Spring.

Until now and then, till I see you again….I’ll be loving you.

The family invites you to leave a message or memory in their Guest Book at www.virginvalleymortuary.com.