The group marched to the Washington County office building and to the St. George City offices following a prayer and hearing from key speakers at Town Square.

The protest was advertised on Facebook by a group called Stand For Freedom (Utah), though it wasn’t organized by any particular person or organization. City and county offices were closed Wednesday for Veterans Day, but that didn’t stop the crowd from taking to the streets.

“I think it’s really about the bigger picture, which comes down to, first of all, it’s Veterans Day,” Brendan Dalley, a participant in the march, told St. George News. “And I think that we need to show respect for our veterans for what they’ve done and that leads into this part of it, which is understanding our freedoms and having the choice to live freely.”

Unlike other demonstrations that have sparked across the country since the general election, Wednesday’s rally was peaceful. No police were present and as the crowd paraded down Tabernacle Street, they chanted, “Freedom!” The rally was met with friendly honks from cars as they drove past.

The march came after Herbert’s public address Sunday, in which he issued a state of emergency that required masks in public statewide, prohibited social gatherings with people outside of household groups for the next two weeks, and postponed all nonplayoff school sporting events and other after-school activities.

Businesses who fail to comply with the order could face penalties, including fines and the loss of their business license, according to Utah’s coronavirus website. But it is up to local authorities to decide whether to enforce the mandates in their areas. In Washington County, the Southwest Utah Public Health Department has the authority to enforce such measures, but spokesman David Heaton previously told St. George News they don’t have enough people to do it and don’t want to be viewed as law enforcement.

However, Heaton said there have been people locally who contracted the coronavirus and went into public with the goal of spreading it, and the health department has collaborated with police to arrest those people and will continue to do so.

“That’s a different story, and that’s a direct threat, and we’ve had that happen,” Heaton said previously. “When that’s happened, we have worked with law enforcement.”

Whether local authorities can do a lot to enforce the mandates or not, the march was more about exercising the right to assemble and to choose whether to wear a mask than anything else, Dalley said. With everything going on, it’s hard to trust the government, he said.

“A lot of people think we’re fighting against a mask,” Dalley said. “It has nothing to do with the mask. It has to do with, do we have the freedom to choose whether to wear a mask as well as to be more in control as a people? I don’t know if we’re ever getting the right information.”

The city of St. George urges people to follow the precautions and requirements directed by Herbert and the Utah Department of Health, spokesman David Cordero said.

Washington County officials did not respond to St. George News’ requests for comment by the time this report was published. Herbert’s full order can be read here. 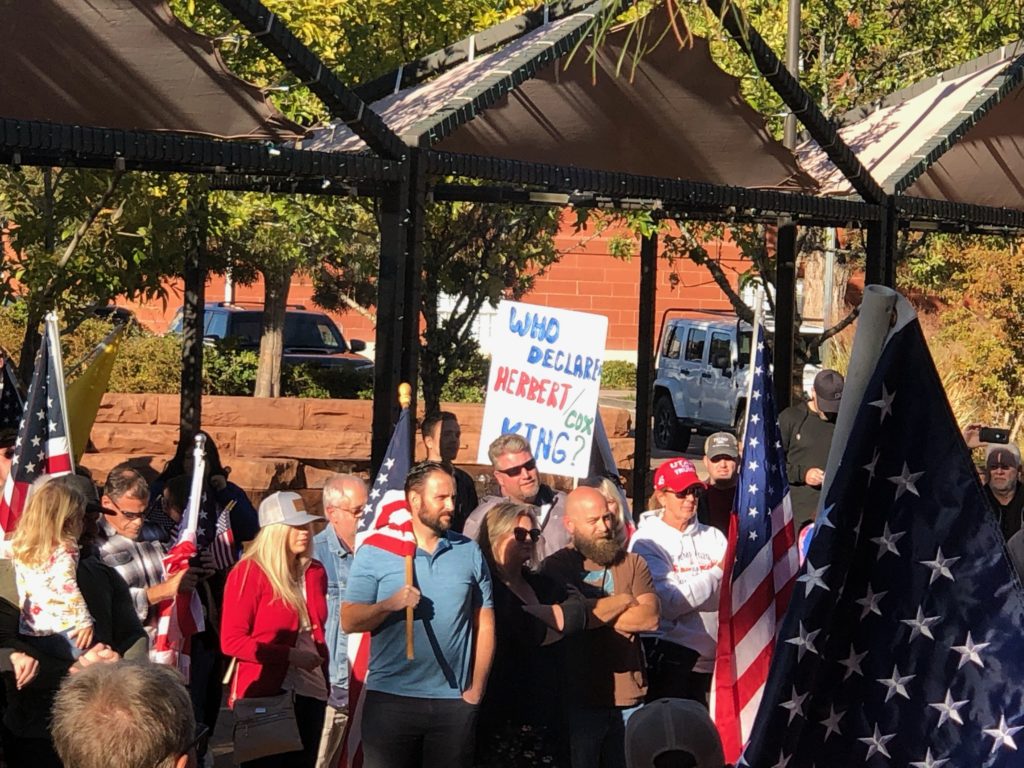 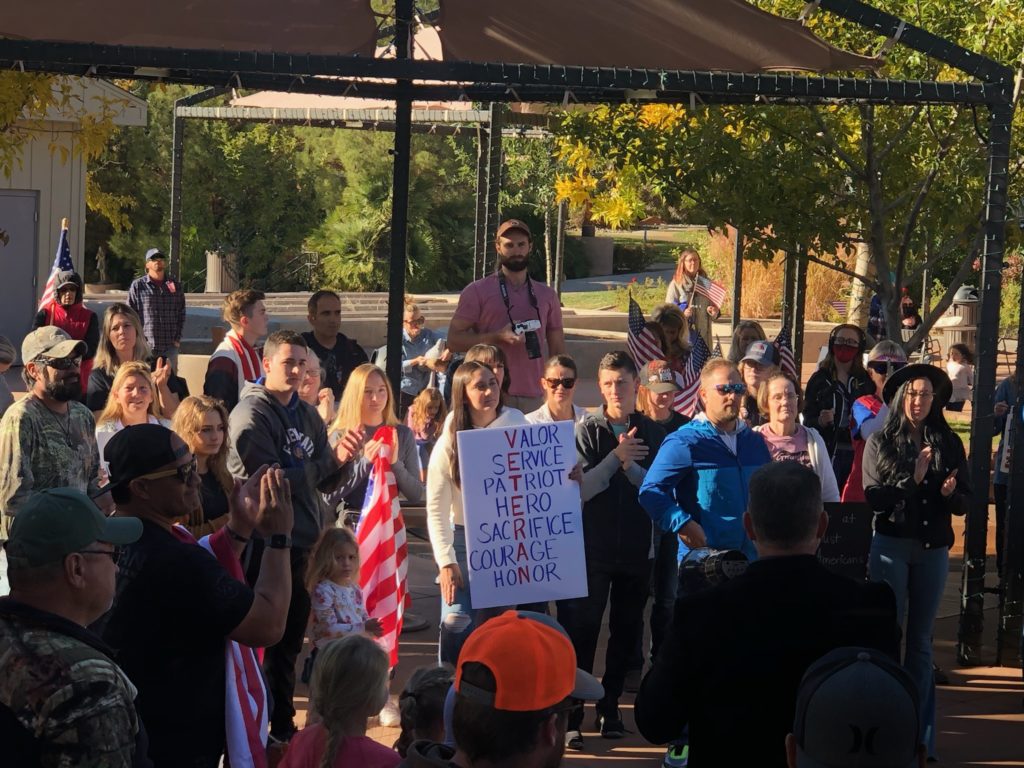 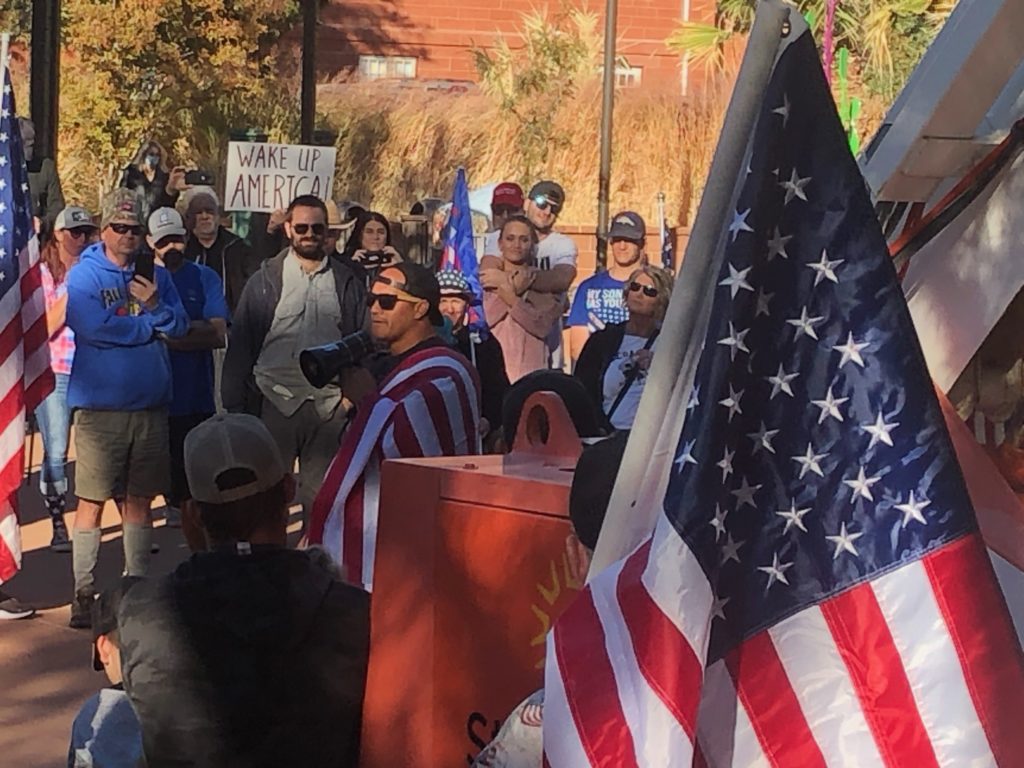 Winter weather advisory forecasting up to 16 inches of snow