Due to Gov. Gary Herbert’s state of emergency declaration regarding the COVID-19 pandemic, the grand celebration that was planned to honor Veterans Day with flyovers, veterans groups, a patriotic speaker and the monument dedication was canceled.

Instead, a few organizers of the canceled event unveiled and dedicated the statue with little fanfare. Nobody was invited to attend – though some SunRiver residents and veterans did make their way to the park to honor those who served on Veterans Day.

The SunRiver Veterans Honor Park was dedicated on Nov. 11, 2011, and Wednesday’s ceremony would have commemorated its first decade as a place where current servicemen and women and veterans living and deceased are honored both in ceremonies on Veterans Day and Memorial Day and throughout the year.

“This is an honor park, meaning that the veteran need not be deceased,” former Marine and member of the Utah Dixie Detachment 1270, Marine Corps League, Thomas Cover said.

The park was and continues to be funded by private donations as well as the purchase of honor bricks that pay tribute to veterans, Cover said.

Several who had come to the park to honor veterans were seen placing small American flags in the bricks.

Cover is the chairman of the SunRiver Veterans Honor Park, and he and his wife Carole are in large part responsible for fundraising efforts as well as maintaining the flags that fly over the park.

The new monument entitled “The Kneeling Soldier” was paid for by the ongoing fundraising efforts.

In the absence of a ceremony, Cover spoke to St. George News on his personal feelings about Veterans Day and the new monument.

“This is an honor to all veterans that have served or will serve,” Cover said, repeating the adage that “freedom is not free.”

“Hopefully veterans will be honored now and in the future,” he added.

The new monument can be viewed at the SunRiver Veterans Honor Park located at 1766 Wide River Drive, St. George. 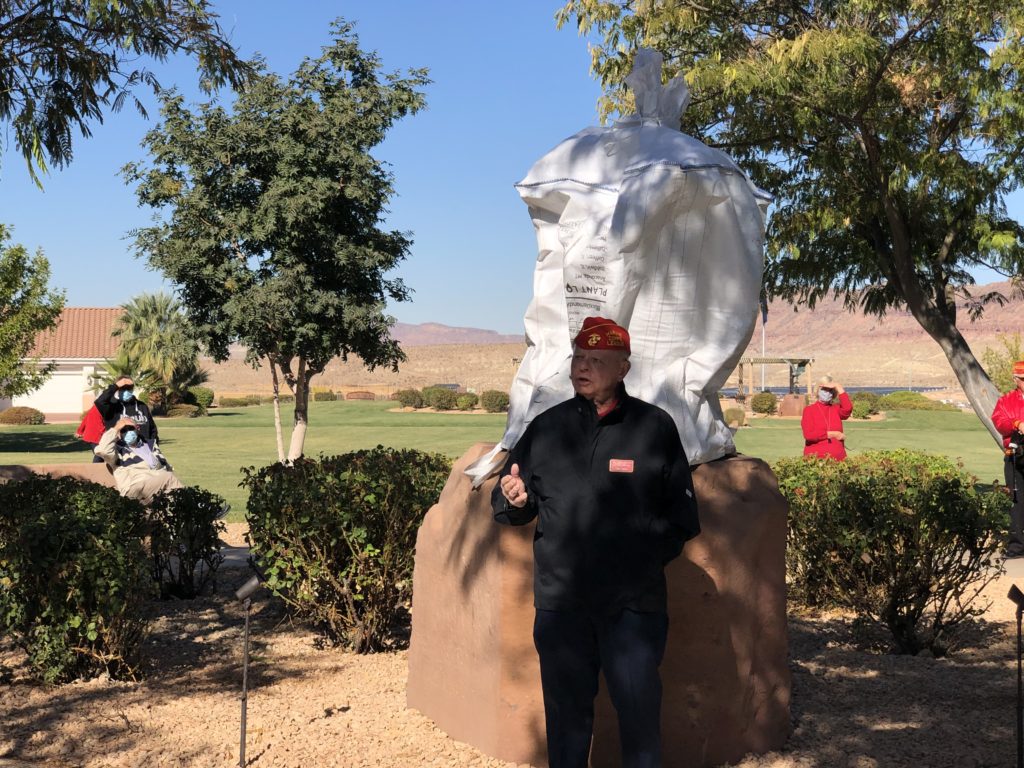 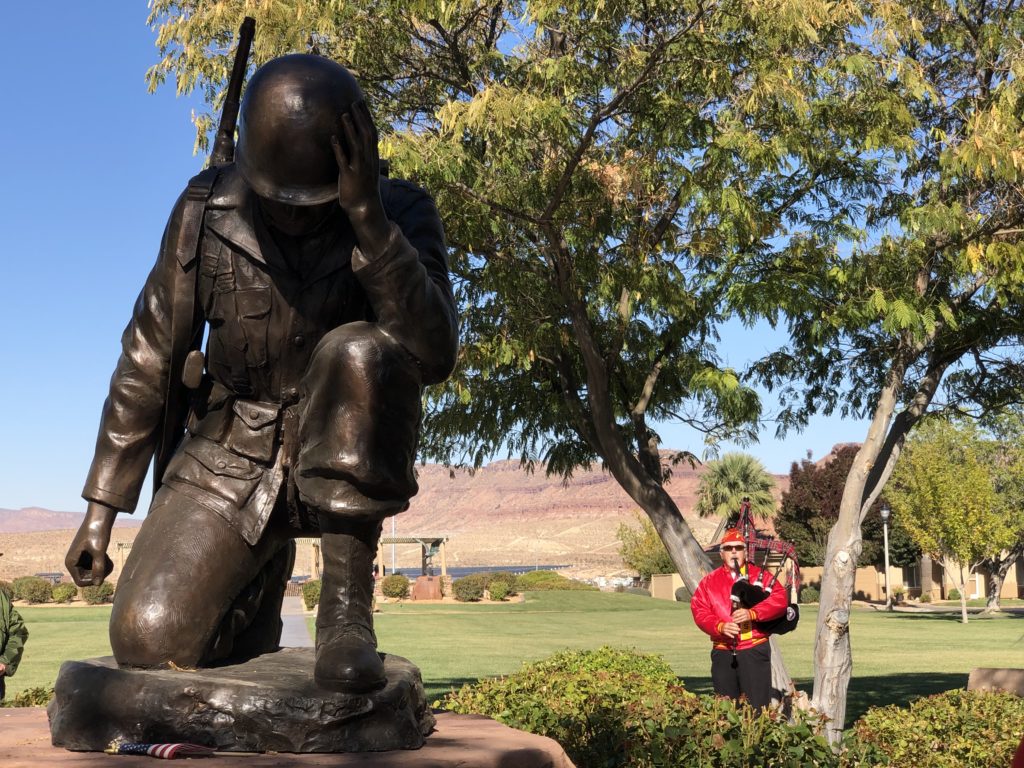 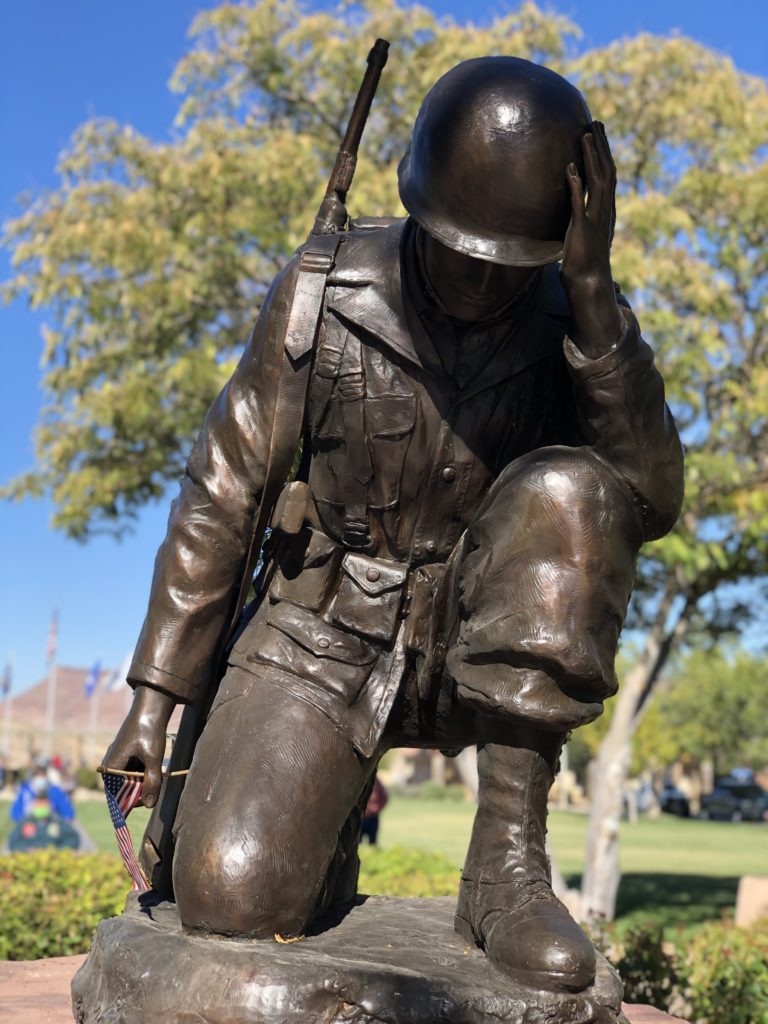 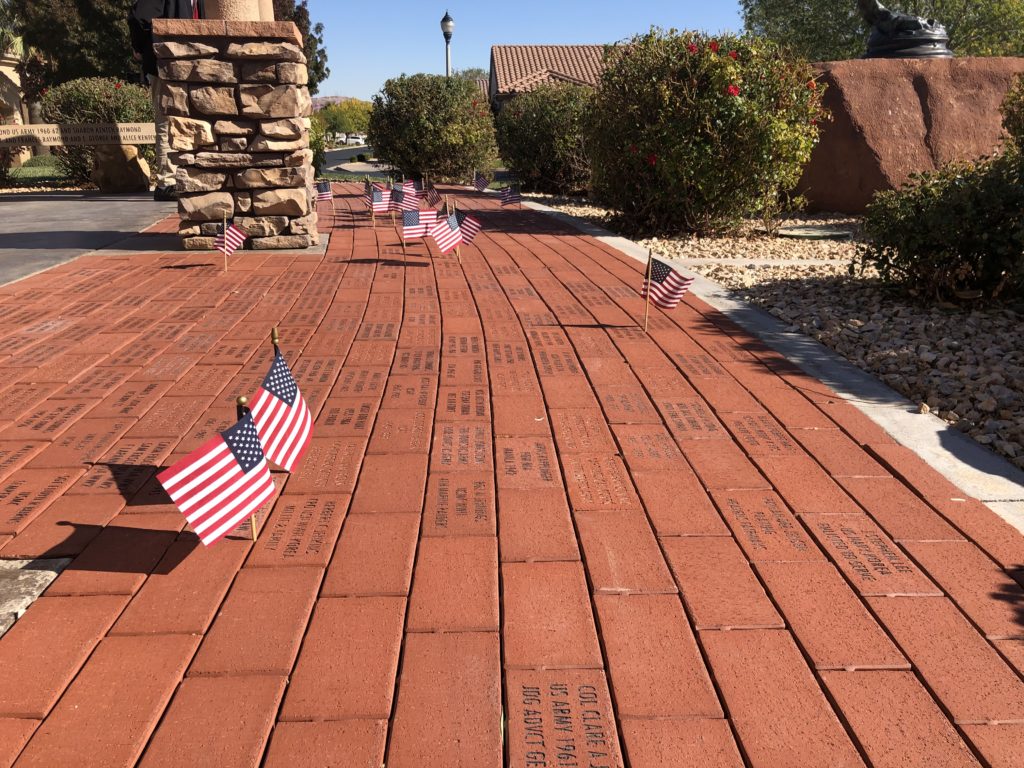 Thank you for your service...but there's more to it than that

'We just look at it and smile': Flags placed for veterans at Shivwits Cemetery