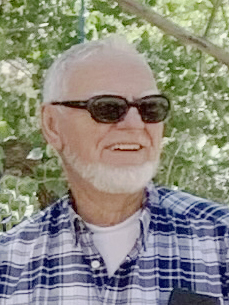 Jack grew up on a 20-acre farm in Bloomfield, Indiana with his mother. He became the man of the house at age 9. His two older sisters, Naomi and Sonia, helped care for him when he was younger.

Jack graduated from Bloomfield High School in 1961 at the age of 17 and immediately took off to see the world. He worked many odd jobs that ranged from farming, cattle ranching, driving grain trucks, machinist, deliveryman…

After leaving the military, Jack joined the automotive industry. He was an amazing mechanic, and this is where he found his true passion and his career began. Jack made many close friends and acquaintances over the years, none more influential than his friendship with Larry H. Miller. This friendship forged a strong bond both personally and professionally that lasted for over 50 years. Jack served the LHM Group for over 25 years and is respected by many.

Jack loved to ride in the deserts and mountains of Utah. Camping, boating or four-wheeling were the basis of all family activities throughout the years. Jack also enjoyed sharing these activities with his extended family. Building and working on cars was always at the center of his life and he built some amazing hotrods over the years. Jack and Carol loved to square dance and did so all over the country and even in Europe and Russia. Later in their lives, they traveled the country attending NASCAR and other motorsport events. Jack and Carol lived in Utah, Colorado, Missouri and Arizona.

A Celebration of Life will be held Saturday, Nov. 7, 2020, at 2 p.m. at Metcalf Hurricane Valley Mortuary, 140 N. Main Street, Hurricane, Utah. Come celebrate the man who always lived life to the fullest. He had to go to the end of the trail.