ST. GEORGE — Early Wednesday morning a group of friends and veteran supporters gathered at the Home Depot in Washington City to pay their last respects to a longtime employee and United States Army veteran who recently died due to complications related to cancer.

Isaiah Johnson Jr., affectionately known as “Skip” to some of his friends, worked at the Washington City Home Depot for about eight years until 2018, Stephen Handy said.

Handy, a retired Chaplain of the Utah Dixie Detachment 1270 Marine Corps League and friend of Johnson’s, first met him as a customer.

“When I met Isaiah, he was helping me load up 10 bags of concrete, and it was a big job. But Isaiah took it as a cheerful task, and he helped me complete it in record time,” Handy said.

Handy was having back issues at the time, he said, adding that Johnson even offered to come to his house later and help him unload the concrete.

Johnson then went on to help another customer with his plywood, happily chatting the whole time, Handy said of the day they met.

“People came into Home Depot just to talk to Isaiah, he helped cheer them up and bring new perspective to a dull world,” Handy said.

Handy described Johnson as a very friendly individual who was always willing to help out a friend or a customer no matter how busy he was, even, Handy said, helping change a customer’s tire in the Home Depot parking lot in 110 degrees.

“He just did stuff like that. That was him,” Handy said.

Johnson was in the United States Army for three years prior to living in California and then moving to St. George where he began working at the Home Depot.

Johnson died alone in his home about two weeks ago. He was found two days after his death when his doctor’s office called him and received no response.

Handy said the doctor’s office had the Washington City Police Department do a wellness check where they found Johnson dead.

“I was called soon after and helped the police try to track down his family and or friends. There were none. No one was living in his family and all he had was us, his Home Depot Family,” Handy said.

Knowing Johnson was alone and without anyone to ensure he was given proper military honors at his burial, Handy stepped in to organize a fundraiser to pay for the funeral service and other bills, he said.

“Being a veteran had some of the service paid for but we had to come up with $2,000 to help pay the balance,” Handy said.

Co-workers and supporters all chipped in to make sure that Johnson received the honor he deserves, he said.

“Many people remember his smile and friendly face and they helped me out with the fundraiser,” Handy added.

One of Johnson’s last requests, Handy said, was that he be brought by the Home Depot to “say goodbye” to his coworkers.

To that end, Handy organized a short ceremony and drive-by motorcade Wednesday in front of the Washington City store.

There, members of the American Legion Post 90, the Patriot Guard Riders of Southern Utah and the Utah Dixie Detachment 1270 Marine Corps League and others brought flags and participated in the remembrance.

While organizing the event, Handy was able to find a friend of Johnson’s who came to St. George for the ceremony and spoke of Johnson as a good man.

“He was just a really great person, everyone says that,” Michael Linton said through tears. “He was really a genuine, good person.”

Linton and Johnson met in the mid 1980s while playing tennis and stayed in communication, Linton said.

“I hadn’t seen him in awhile,” Linton said. “We would always talk on the phone or email, but I was just glad to make it out here today.”

Linton was appreciative of Handy’s efforts to honor his friend.

“This is incredible. If he could see this, he wouldn’t believe it,” Linton said.

Johnson’s body will be taken to the Utah Veterans Cemetery and Memorial Park next to Camp Williams in Bluffdale where he will be interred with military honors.

“He was just a really good friend,” Handy said. “He was just one of those people that the world was better for.” 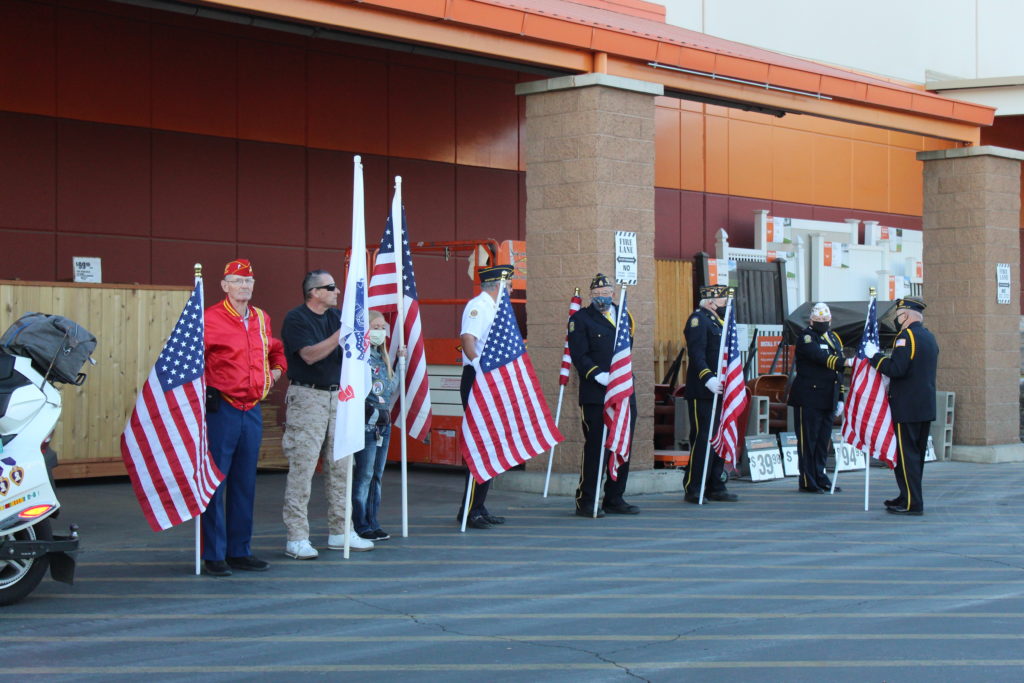 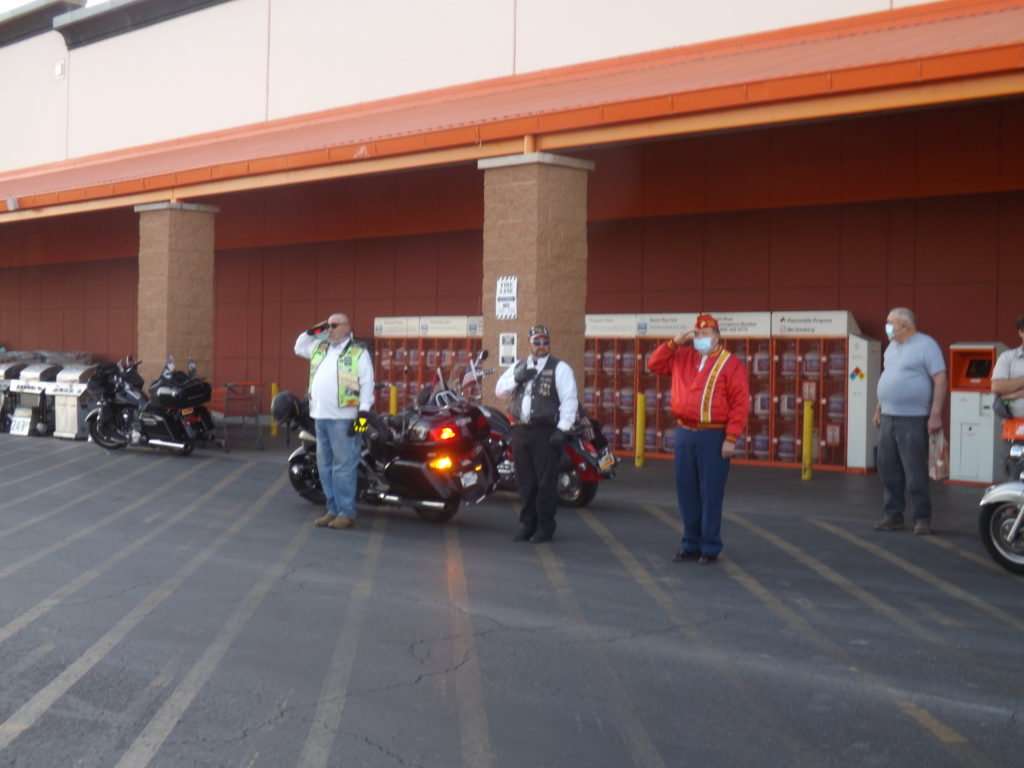 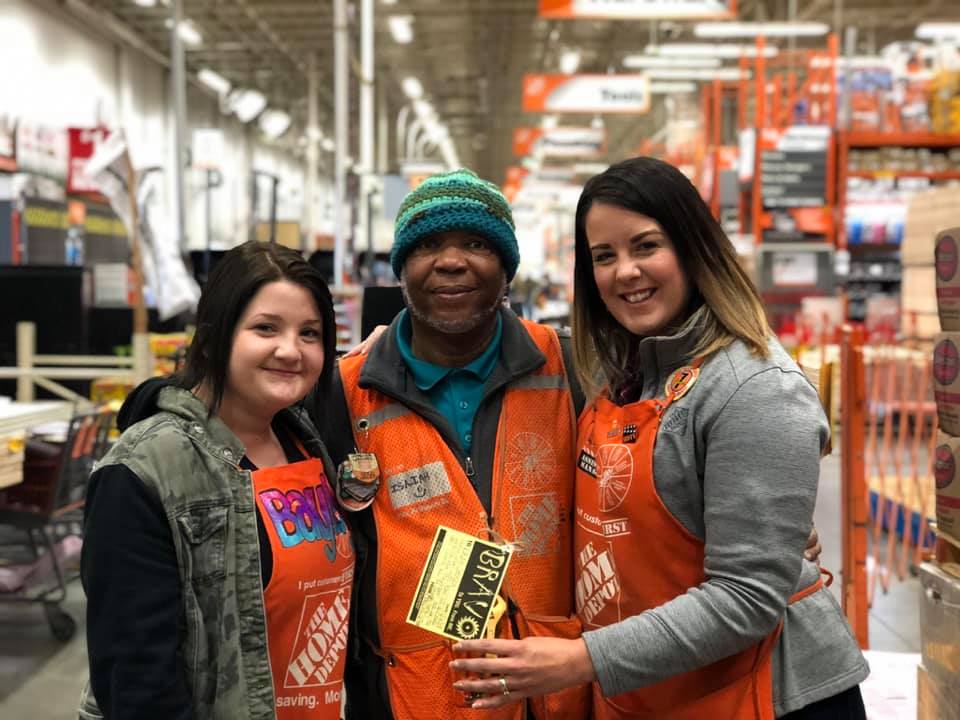 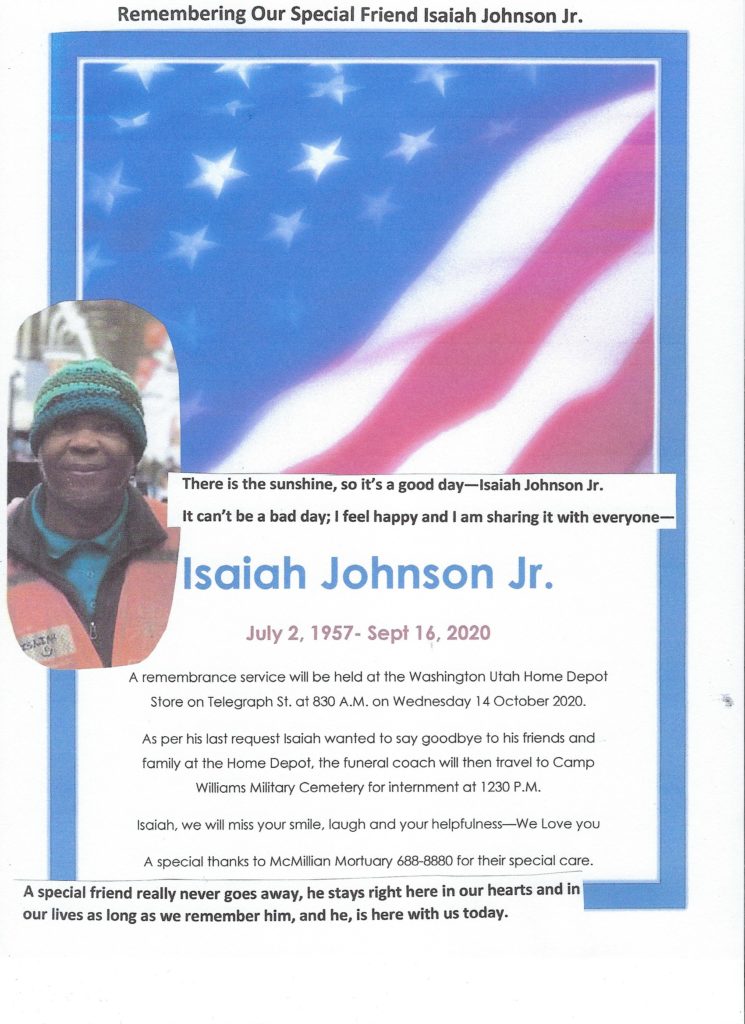 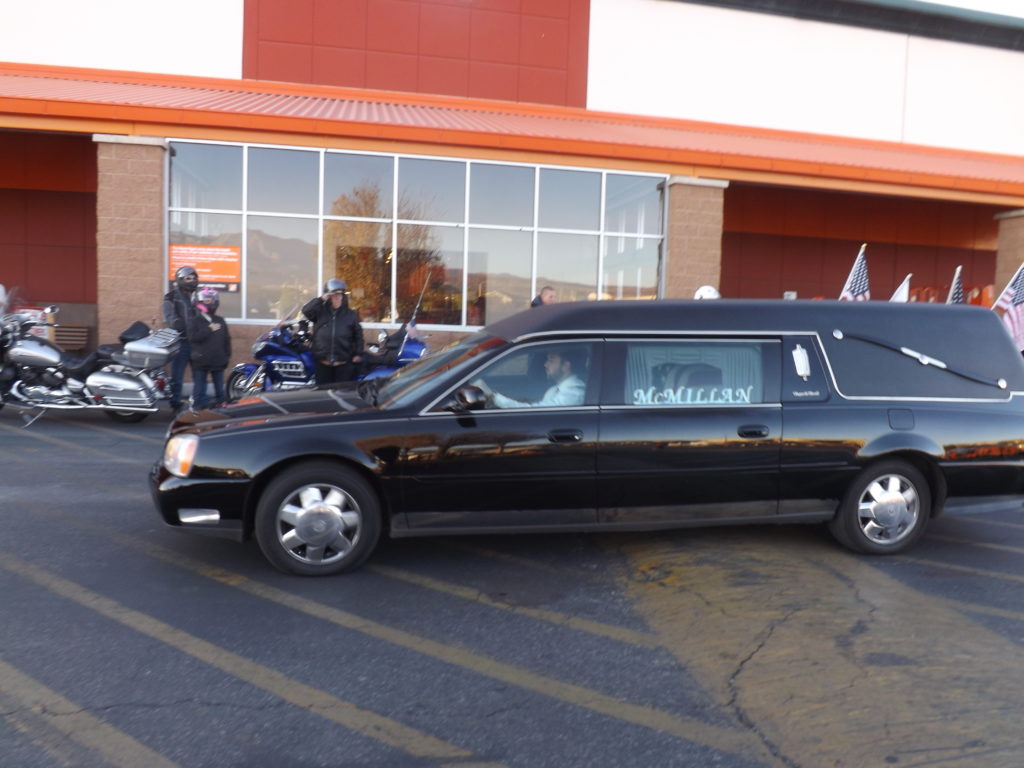 Rape, sodomy of child added to growing list of charges against suspect with 'no self-control'