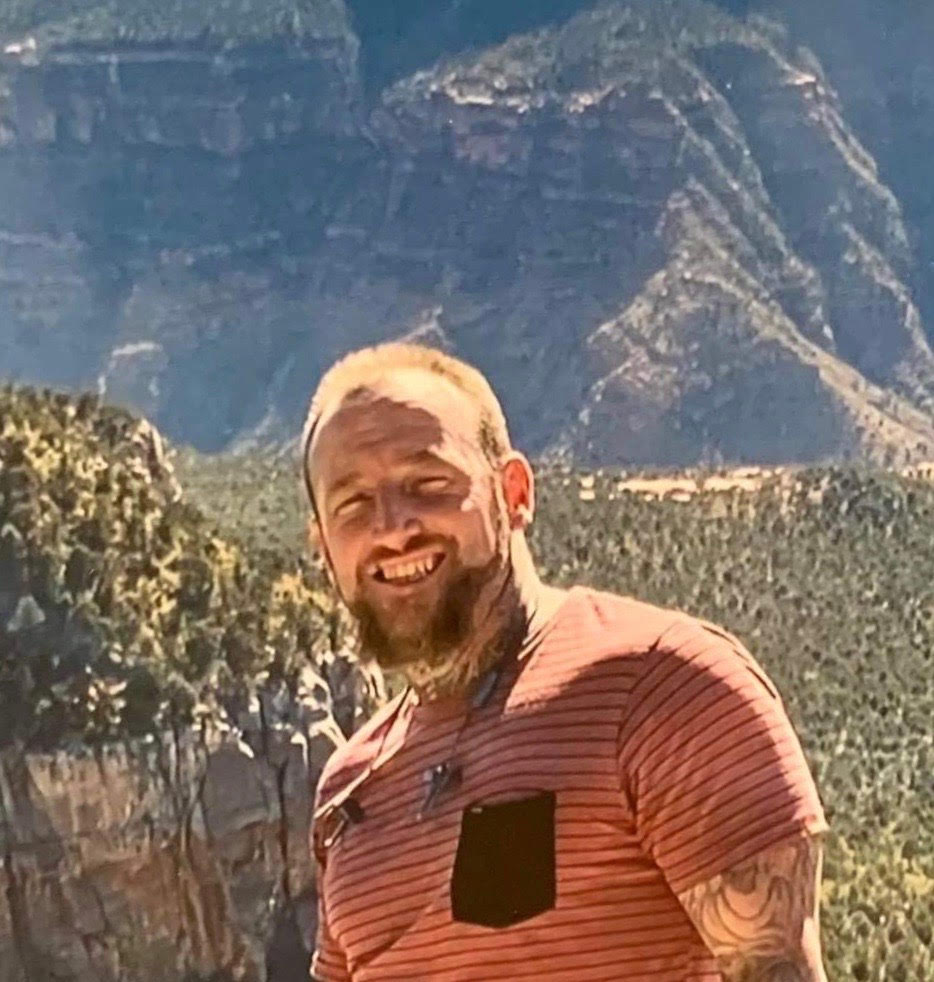 After his parents’ divorce, the family reorganized and eventually, Derek became the oldest brother to McLain, Niki, Lindsey, Courtney and Jimmy Ray.

Derek’s family remembers Derek as a sweet, freckle-faced boy who seemed to be a replica of Tom Sawyer. He was mischief and sunshine, sass and sweetness, danger and impulse, and he always had to get in the last word. He had a great love for dogs, tattoos, cheese, the outdoors, movies, music and his grandfather, Doug McKnight.

He started down the slippery slope of drugs in his teens. With drugs followed crime, and Derek wore the chains of both for many years. During his periods of sobriety, the sun would shine brightly through his eyes. Derek freely gave all he had to those he loved and he loved fiercely. Derek made his final commitment to being clean and went to Journey Recovery Center in Cottonwood Heights, Utah. He loved the program, the principles and the people there. He began mending relationships and building new ones. He worked hard to right his wrongs. He recently relapsed and his earthly journey ended. All who loved him will carry a part of him forever.

He leaves behind numerous nieces, nephews, aunts, uncles, cousins, loved ones and people he considered brothers and sisters. Derek has two great desires. One was to marry and raise children and the other was to live clean and sober. May he live on in the beauty of a sunrise, power of a storm, playfulness of puppies and perkiness of a fly. A Celebration of Life will be held Saturday, Oct. 17, 2020.