ST. GEORGE — Firefighters had to free a driver who was later transported to the hospital in serious condition after he collided with a semitractor-double-trailer Tuesday afternoon.

Officers and emergency personnel were dispatched to a crash at the corner of River Road and Commerce Drive involving a silver Toyota Tundra and a semitractor-double-trailer. The crash seriously injured the driver of the Tundra who was trapped inside the pickup truck, St. George Police Officer Berkely Christian said.

The driver was unconcious and trapped by mangled metal. Firefighters using hydraulic equipment began the process the cutting away the metal to free the man who was then transported to Dixie Regional Medical Center in serious condition.

Additional officers were brought in to cordon off a one-block area to divert motorists away from the scene.

At the time of the crash, Christian said, the Toyota was heading south traveling in the inside lane, while the semi was heading west on Commercial. The semi pulled out onto River Road heading north, but as the driver did so, the second trailer somehow ended up in the inside lane on the southbound side and was struck by the Toyota.

“We’re still not sure how that trailer swung out into that inside lane where it was struck the Toyota,” Christian said.

According to a witness working just yards from the crash site, they heard “a really loud noise.” And when they looked up, all they could see was “a pickup that was launched into the air,” before crashing back onto the roadway where it came to rest in an upright position.

The front of the pickup impacted one of the trailer’s wheels, destroying it, while another wheel was bent and damaged. The force of the impact pushed the front end of the Toyota into the windshield, which trapped the driver and launched the pickup into the air.

Skid marks were visible on the northbound side showing the semi’s route as it made the turn, but the southbound side was completely lacking any skid or tire marks, leading officers to believe the driver likely had no time to react to avoid the crash.

Utah Highway Patrol Trooper Mark Cooper, a commercial vehicle trooper, was also dispatched to the scene to inspect the semi for any mechanical or other issues that may have contributed to the collision, a process that was ongoing when St. George News was on the scene.

Christian also said they received an update that the driver of the Toyota was doing “OK right now.” 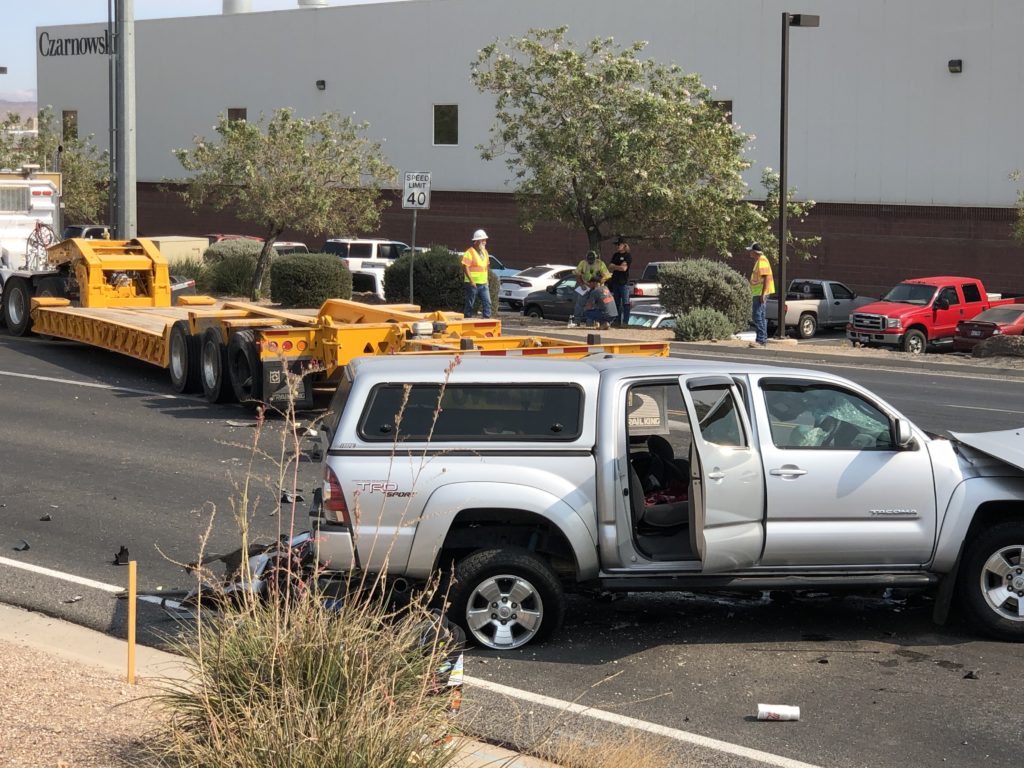 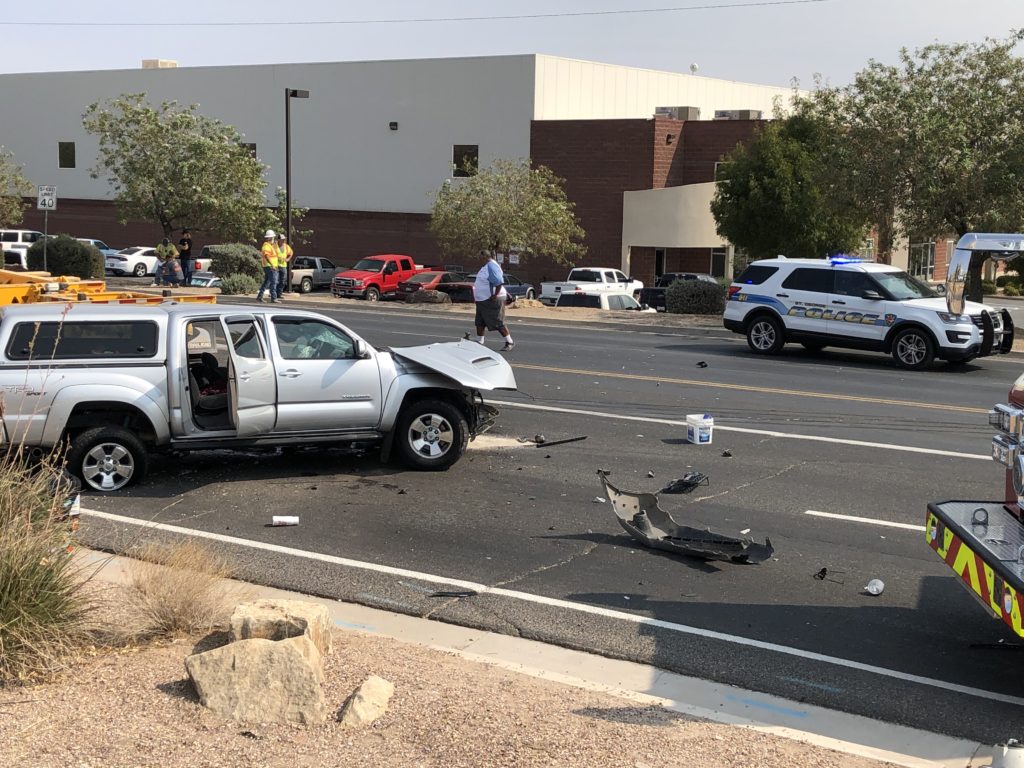 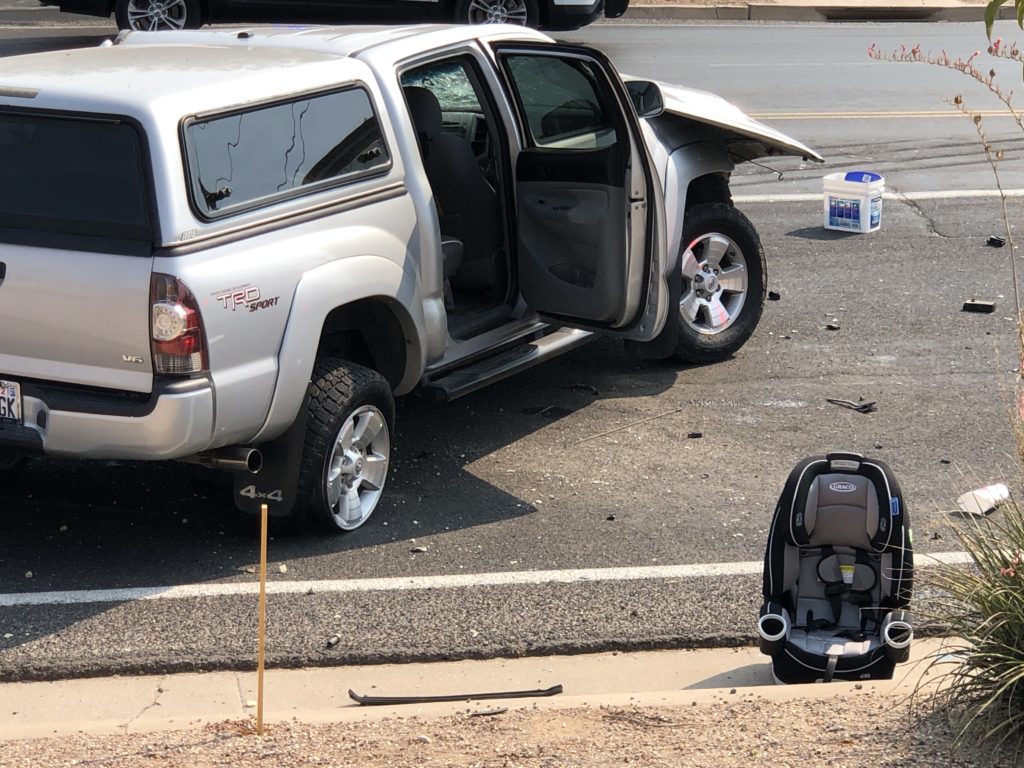 Carseat was pulled from wreckage but only the driver was in the vehicle when the crash took place on River Road near Commerce Drive, ST. George, Utah, Oct. 13, 2020 | Photo by Cody Blowers, St. George News 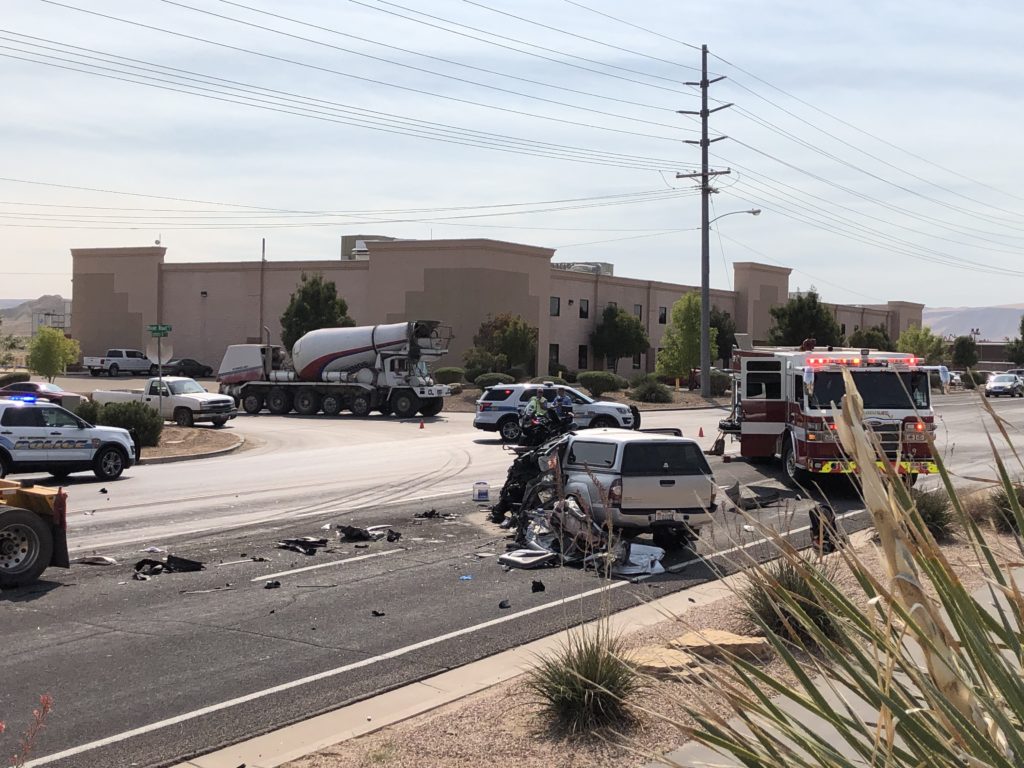 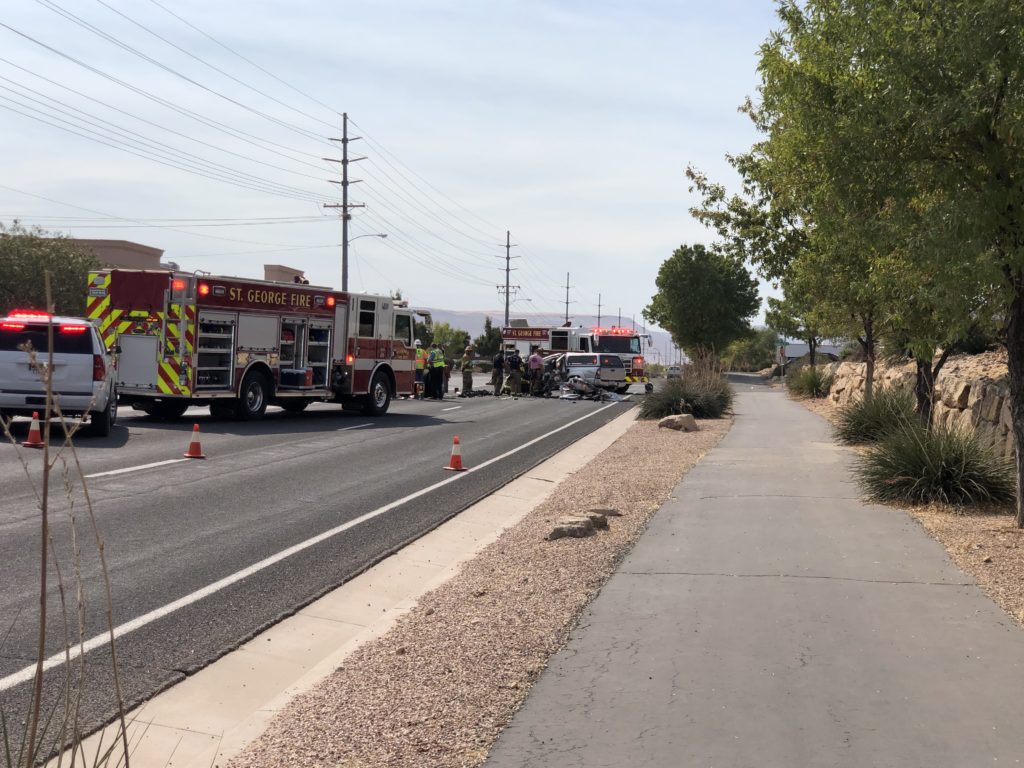