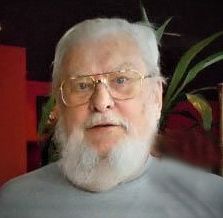 Bruce Lee Lowrey, 88 years old, passed away Oct. 1, 2020 at his home in Hurricane, Utah, after a combination of illnesses that included kidney disease and liver cancer. Bruce was born in Malta, Montana, on Feb. 19, 1932, to Al Lowrey and Ivah Liscum.

Bruce is survived by his son, Scott, his wife, Naree, and his younger sister Judy. His parents, stepfather and his daughter, Dana, proceeded him in death.

Bruce moved with his mother from Malta, Montana to Lynwood, California with his mother at the end of the depression. He was raised by his mother and stepfather, Joe Johnston. After graduating from high school, he entered the United States Air Force during the Korean War and was assigned as a radio intercept operator in West Germany. Education was always a priority with Bruce. When he returned home, he went to college and became a teacher, coach and councilor. He was a reserve Mono County Deputy while both going back to school and working as a school administrator in the eastern Sierra town of Bridgeport, California.

Bruce and his family moved to northern California where he worked for the California State Department of Education in Sacramento designing career guidance programs and finished his career working in facilities planning, taking school and student safety as a personal mission. Bruce retired with a Doctorate in Education. He and Naree moved to Hurricane, Utah to be close to their son.

Bruce loved the outdoors and the independent spirit found in southern Utah.

Bruce Lowrey was outwardly gregarious and ready to laugh. He was always an educator, protector and councilor. He was an attentive listener but always had an opinion to share. Yet he was personally humble and was always striving to extend his knowledge. His wish was to pass with a minimum of ceremony and no service. But his family does want those friends and family who are nearby or far away to know of his passing and the wit and true light that is now missing from the world.