ST. GEORGE — Shortly before the homecoming football game at Desert Hills High School began, a white GMC Sierra truck with an extended cab and the “JCap” logo on it rolled up and parked just outside of the school’s football field.

The truck had originally been meant for Jared “JCap” Caplin, a YouTube gaming influencer who made it a goal to entertain and inspire others through his videos. Jared Caplin was a regular at large gaming events – most notably those related to the Call of Duty franchise – since 2016. Sadly, he unexpectedly died at the age of 22 on Jan. 15, 2020, two days before the truck with his logo on the sides arrived at his family’s home in St. George.

Alan Caplin, Jared’s father, stepped out of the GMC and pressed a button on a key fob that caused the entire passenger side of the extended cab to rise up like a hatchback door. A moment later, a platform that had been built to carry Jared Caplin’s motorized wheelchair slowly swung out of the cab and lowered to the ground.

Jared Caplin had muscular dystrophy and was confined to a wheelchair at an early age. Despite this, he became an esports athlete and social media influencer who hoped to inspire others to chase their dreams no matter their limitations.

“I just want to make people happy – no matter what,” was a goal of Jared Caplin’s that his father now seeks to continue through the nonprofit, JCap’s Foundation for Disabilities.

That’s where the JCap truck comes in.

“We’re using this truck like an Uber service” for kids with disabilities, Alan Caplin told passersby who were curious about the truck.

The service, JCap’s Legacy Limo Service, is described as upscale transportation for children and teens with disabilities offering free rides to and from school and other activities – like Desert Hills’ homecoming dance that was held the next day.

“Any kid in the (Washington County School District) who has a disability -we’ll give them a free trip to school or a dance or some kind of activity. It’s a free service,” Alan Caplin told Snow Canyon High Principal Kim Monkers, who attended the football game and also knew Jared Caplin personally.

“What a great way to honor that amazing kid,” Monkers said before she was given a chance to test the lift chair system built into the truck.

JCap’s Legacy Limo Service had its first run the following day as it took students with specials needs and their dates to the homecoming dance at Desert Hills High.

“Anything we can do to make today the best day in a kid’s life,” Alan Caplin said.

Jared Caplin never got to experience the truck himself. The truck had been in Indiana being outfitted with the lift system and was running months behind. It finally arrived at the Caplins’ home in St. George on Jan. 17, two days after Jared death.

“It was kind of a hollow feeling when Jared passed away on the 15th of January and the truck got delivered on the 17th of January,” Alan Caplin said. “The first time we used it was at his funeral.”

Jared Caplin’s casket was transported in the back of the truck to the Tonaquint Cemetery where he was laid to rest.

“I didn’t want to give it away. I didn’t want to sell it,” Alan Caplin said of the truck. “It’s a great reminder to me of the legacy that Jared had created just by the spirit that he carried.”

In addition to the free transportation, those who use the service will get to have their stories told through “JCap’s Corner,” which will appear over the JCap’s Foundation social media channels and other online mediums.

“My fear is there are a lot of kids who may not have the same opportunity to get some recognition, and I want to have a way to bring some light into their lives,” Alan Caplin said.

Other projects Jap’s Foundation is involved in include creating a scholarship program, developing a community specifically designed to cater to families with special needs, working with a gaming company to build customized gaming controllers for people with disabilities as well as other pursuits.

Those wishing to book JCap’s Legacy Limo Service can do so by calling 435-200-3091 or emailing [email protected]. 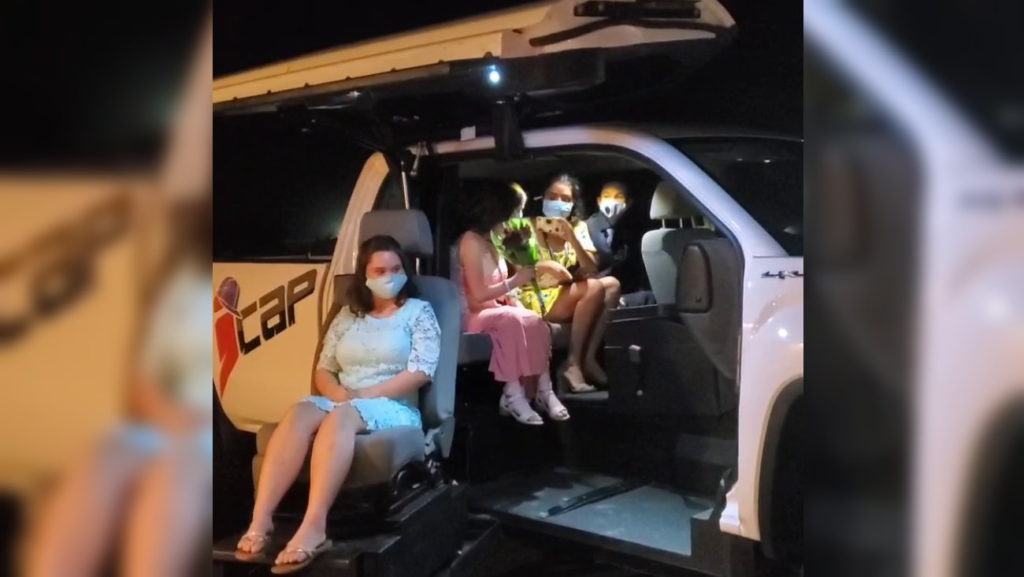 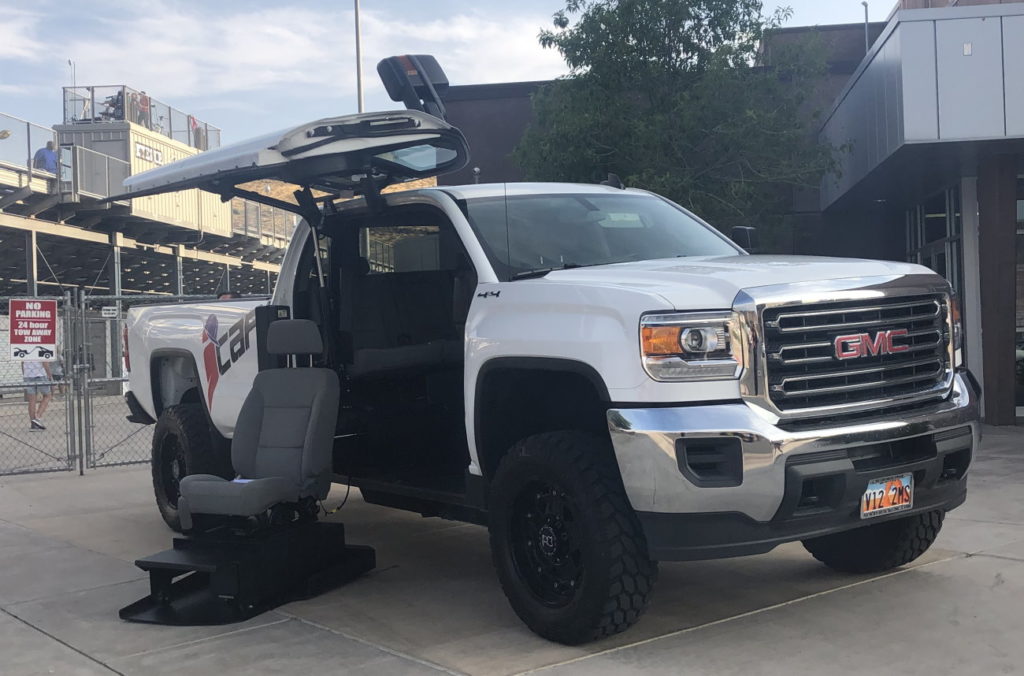 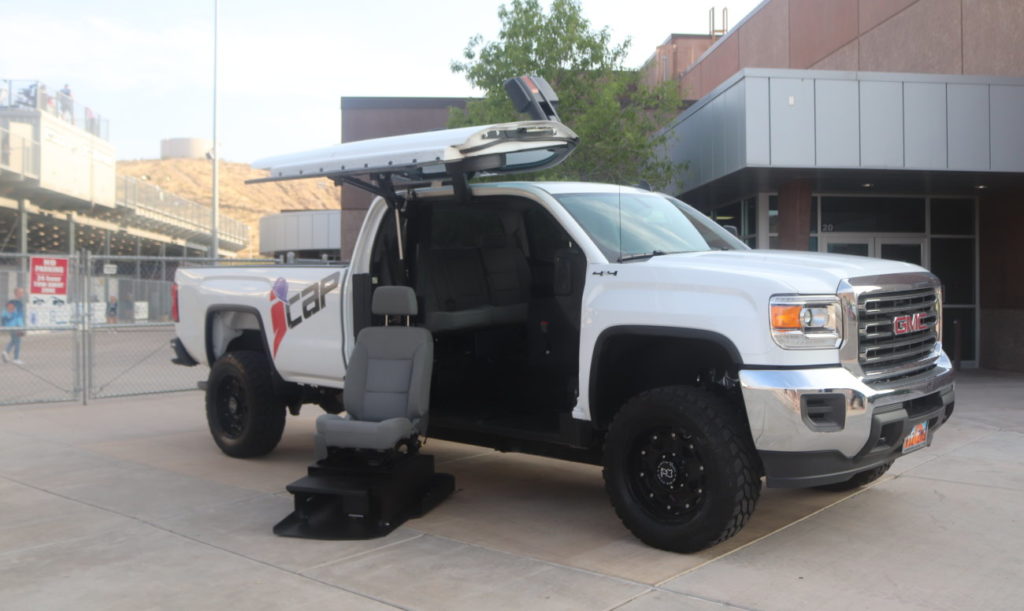 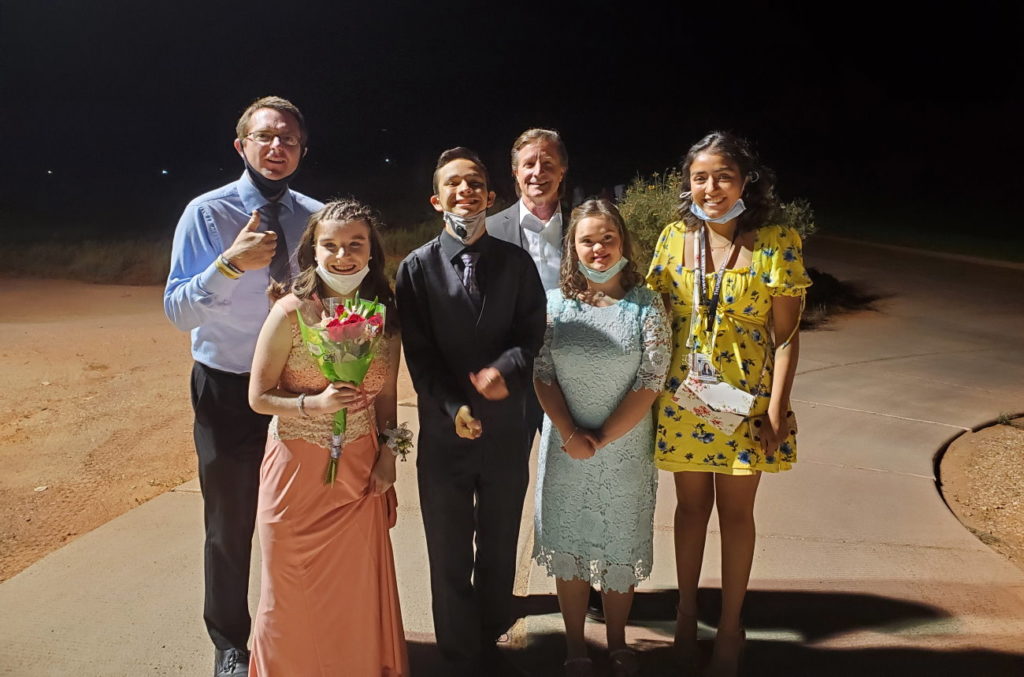 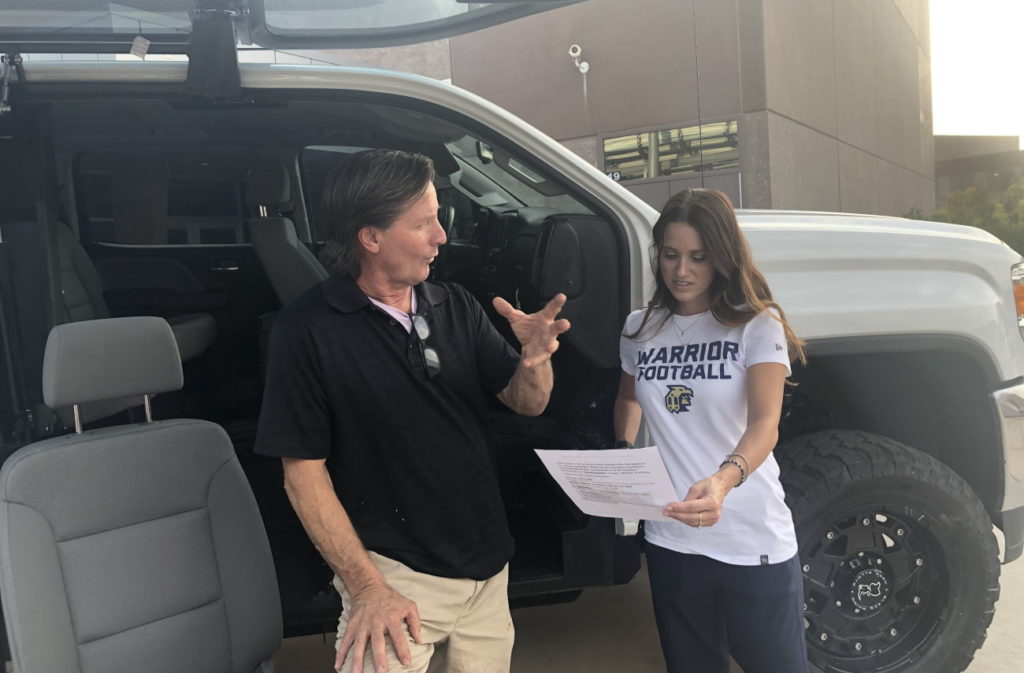 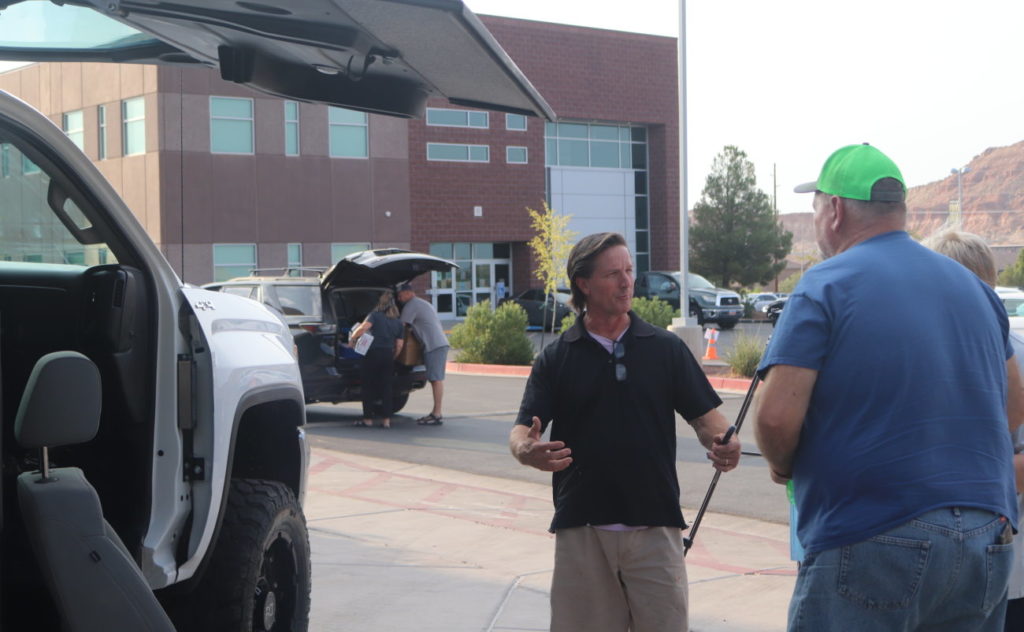 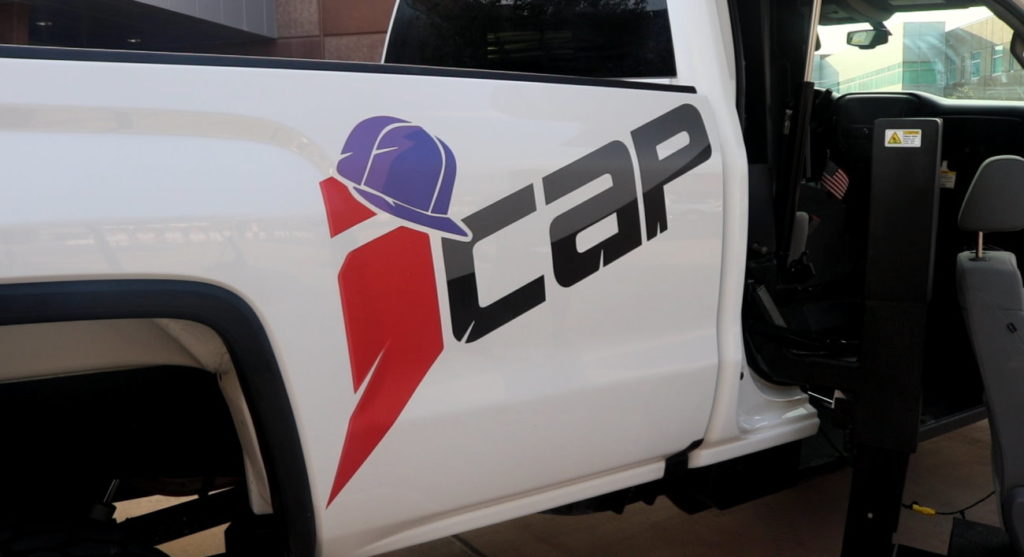 The JCap logo seen on the side of the GMC Sierra that will be used to give free rides to disabled students in Washington County through JCap’s Legacy Limo Service, St. George, Utah, Sept. 18, 2020 | Photo by Mori Kessler, St. George News