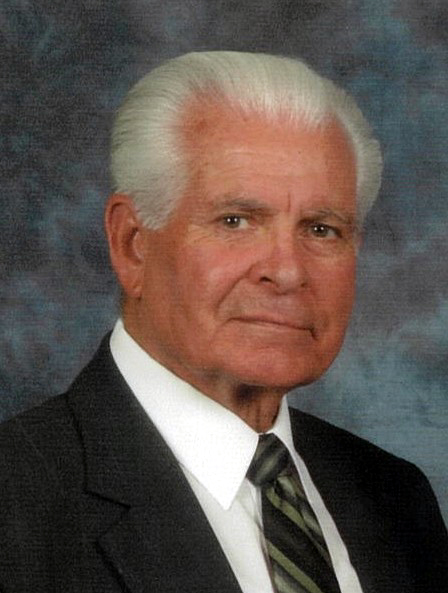 William John Whatcott, 87, passed away on Sept. 5, 2020, from natural causes. He was born April 16, 1933, to Lenox Irvin and Martha Marie Nelson Whatcott in Lynndyl, Utah, the last of six children.

He grew up in Kanosh and Lynndyl, Utah and attended Delta High School. Blessed with athletic ability and a competitive drive, John was able to further his education while playing football and baseball at the college level.

In 1953, after a year of college and just before entering the military, John married Connie Rae McIntosh of Fillmore, Utah, in the Manti Temple.  He was selected to play on the army football and baseball teams, so they spent the next two years traveling from one military base to another while he played ball. Upon completion of his military service, he attended Utah State University, played football and baseball, and was chosen the Outstanding Athlete at USU, in addition to graduating with a bachelor’s degree in history.

After playing professional baseball with the New York Yankees organization, John returned to Utah State to complete his master’s degree in education. He then taught and coached at the high school and college level in Wyoming, Utah and Arizona before becoming an administrator in the public school system in Douglas, Arizona and St. George, Utah.

Along the way, John and Connie raised five children: Skip, Bob, Jill, Darin and Angie. Family was always their top priority and life revolved around the kids, the grandkids and all their activities.

In 1980, they were excited for the opportunity to move to St. George, where he was hired as the principal of Dixie High School. Upon completion of Pine View High School, John was selected to become its first principal. Years later when Dar Smith retired, he transferred to East Elementary, where he was the principal until his retirement. John was a “straight shooter,” expected the best of faculty and students, was firm but fair, and loved a good joke. He often talked, with tenderness, of the many friendships made throughout the chapters of his life. Known for writing notes and letters (both to family and friends), John always expressed his love, appreciation and support and he is certain those friendships will live on eternally.

John loved anything to do with sports, playing, coaching and watching.  He played softball up to the age of 80 and could be found frequently on a golf course. From its inception, John was actively involved in the Dixie Rotary Bowl serving as head of the team selection committee for many years.

John was an active member of The Church of Jesus Christ of Latter-day Saints and served in many callings including Bishop, Stake Presidency, Mission President, Temple worker and Sealer. His and Connie’s love for Jesus Christ led them to serve several missions to the Philippines, Nauvoo, Illinois, Washington DC and the St. George temple.

He is preceded in death by his sweetheart Connie, his parents, brothers Carl, Garth, Darold, and sisters Iva and Clea.

The family would like to thank the staff of Encompass Health that provided hospice care: Kurt, Carla, Mark, Josie, and Ginger, and Dr. Doug Callahan for his kindness and concern for Dad.

Due to the current protocols related to COVID-19, a funeral service will be held for family members on Friday, Sept. 18. Interment will be at the Tonaquint Cemetery.

Live streaming of the funeral is available, beginning at 11 a.m. at webcast.funeralrecording.com. Type in the event number 36589 and password WJW2020. The webcast will remain online for 90 days.