ST. GEORGE — For runners, every finish line is important, whether it is the end of a major marathon or simply the end of a race. But for Hurricane resident Karrie Nielson, the finish line of the Cedar City Half Marathon Saturday was particularly important as it marked the culmination of a years-long goal.

Nielson, an avid runner known by friends for her positive attitude and largely Disney-themed running costumes, set a goal a few years ago to run 100 half-marathons before she turned 50. At the time she set the goal, she had completed 44, she said.

For the next few years, Nielson averaged about 17 half-marathons per year en route to her goal so that this year she only had seven left to finish.

Nielson said considering the many races that were canceled this year due to the COVID-19 pandemic, she was glad that she had sort of front-loaded the majority of them in other years.

Nieslon didn’t start running until she was 38, she said, adding that she only started running to help her be more conditioned to do other things she liked to do more.

“I never thought I would like running, ever,” she said.

But as she progressed in her running, a friend convinced her to train for a 5K and eventually a half-marathon, Nielson said.

Today, running not only keeps her healthy and conditioned, but it has become an integral part of her friendships and even her relationship with her husband who she shares many training and racing miles with, she said.

Together the pair run many miles reconnecting with each other and working through life’s problems, she said.

Nielson said the idea of running 100 half-marathons before she turned 50 was inspired by her friend and oftentimes racing partner, Polli Peterson.

Peterson, a Southern Utah runner, also had a big goal to finish 50 full marathons before her 50th birthday, a feat she has since accomplished.

So together, the two women, along with many running friends, trained, raced and supported each other to their goals.

“I bet we have run almost 40 half-marathons together,” Peterson said.

Nielson runs by a mantra or hashtag that she uses: “If you can’t be fast, be cute.”

To that end, Nielson runs every race in costume, usually with a Disney theme, she said.

Peterson described her friend as glam, always wearing lipstick and eyelashes, even during a race.

She has also paid costumed tribute to Princess Jasmine, Dory from “Finding Nemo,” Rey from “Star Wars” and many other characters.

But though her appearance is cute, Peterson said her friend is actually quite tough.

“She’s fierce and she’s tough and she doesn’t quit,” Peterson said of Nielson. “We’ve pulled each other through some tough miles.”

Nielson is a mom and a grandma to four grandkids. Her daughter Mandy Nielson described her mom as “amazing.”

“She is amazing and dedicated, and it’s such a huge accomplishment,” Mandy Nielson said.

Prior to Saturday’s finish, Karrie Nielson told St. George News that despite having run so many races, she was extra nervous for the Cedar City Half Marathon and what it would mean to finish her goal.

“It seems a little more significant,” she said.

On Saturday morning, Nielson, surrounded by family and friends, including her husband and Peterson, crossed the finish line of her 100th half-marathon.

When asked what she planned to do next, Nielson said she plans to keep running, including the possibility of going for 200 half-marathons before she is 60.

“Sixty seems like a long way away,” Nielson said. “I won’t stop running.” 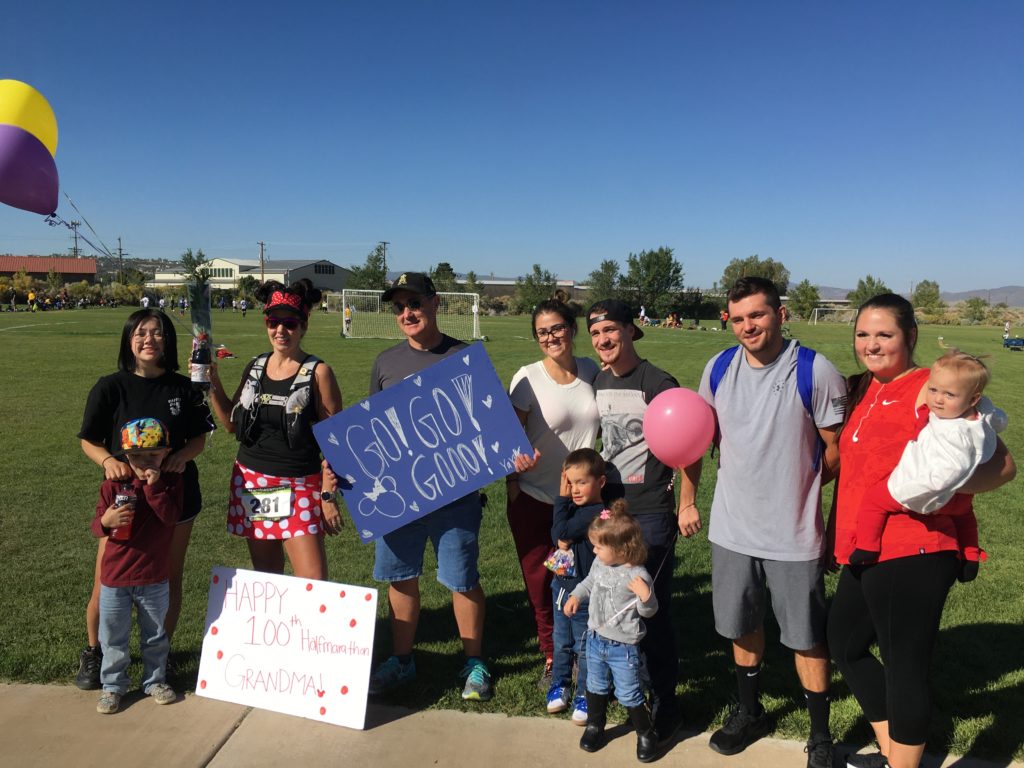 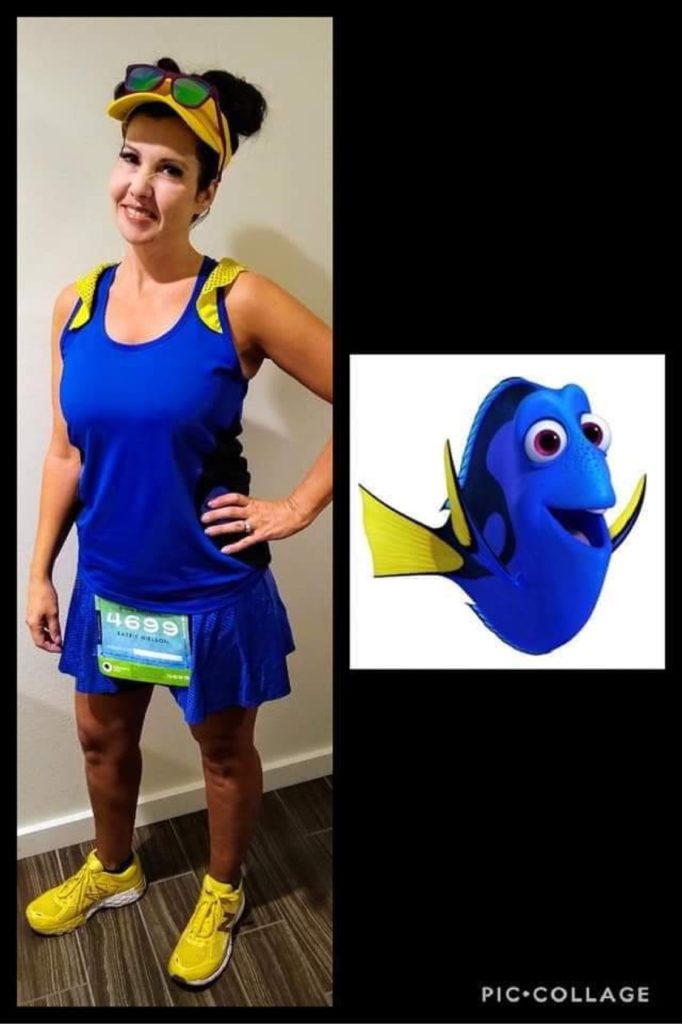 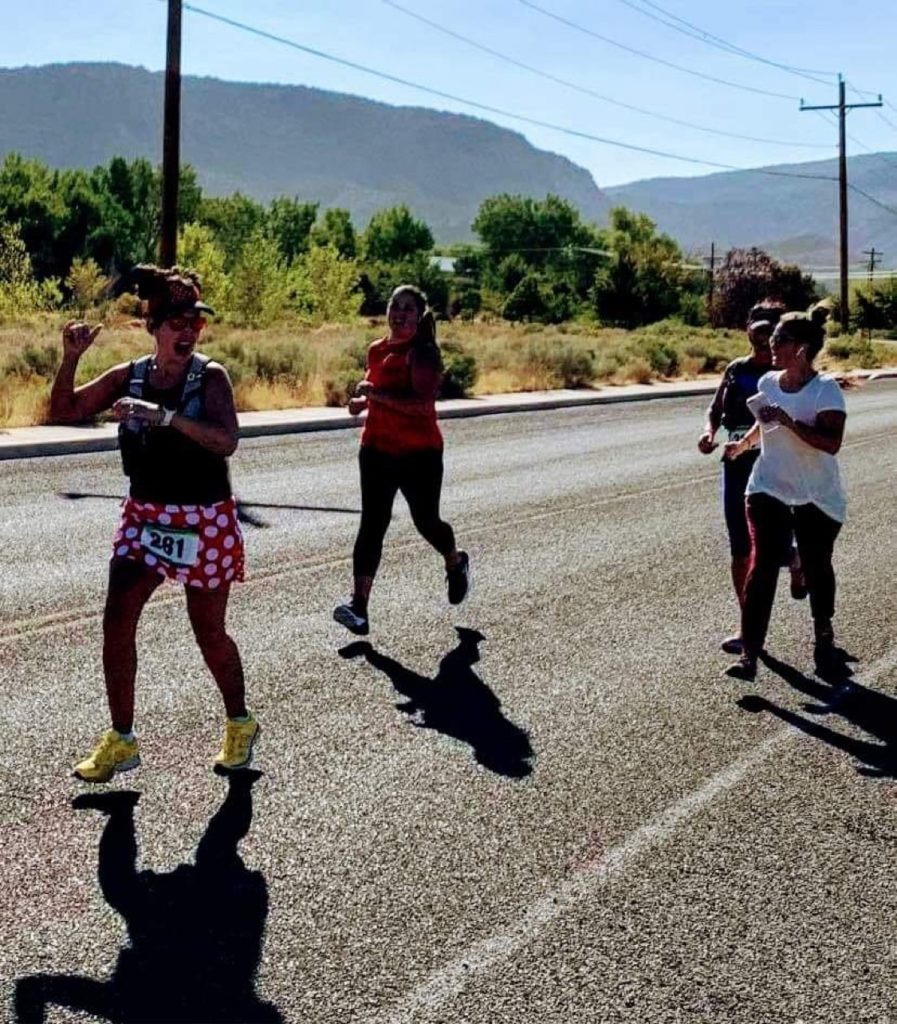 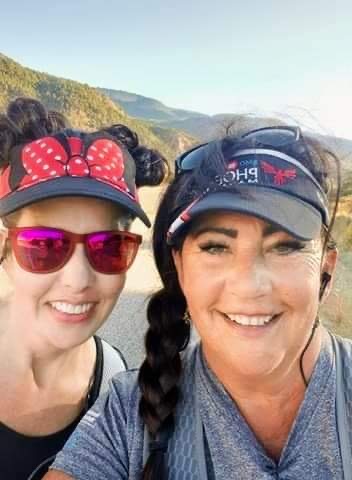 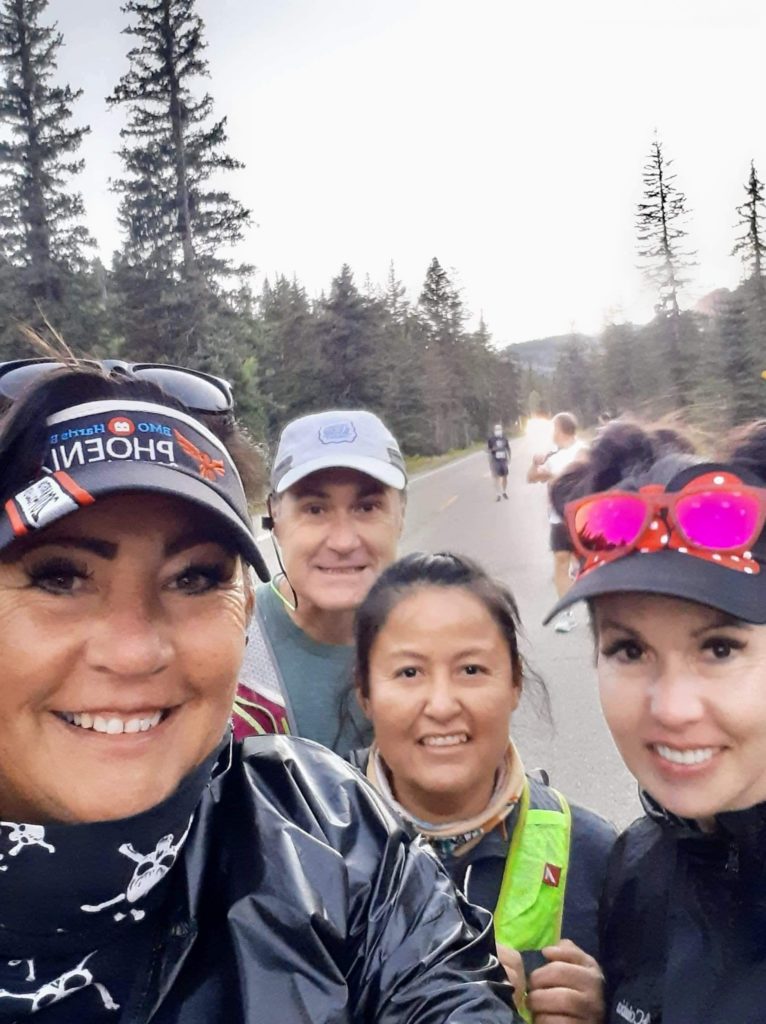 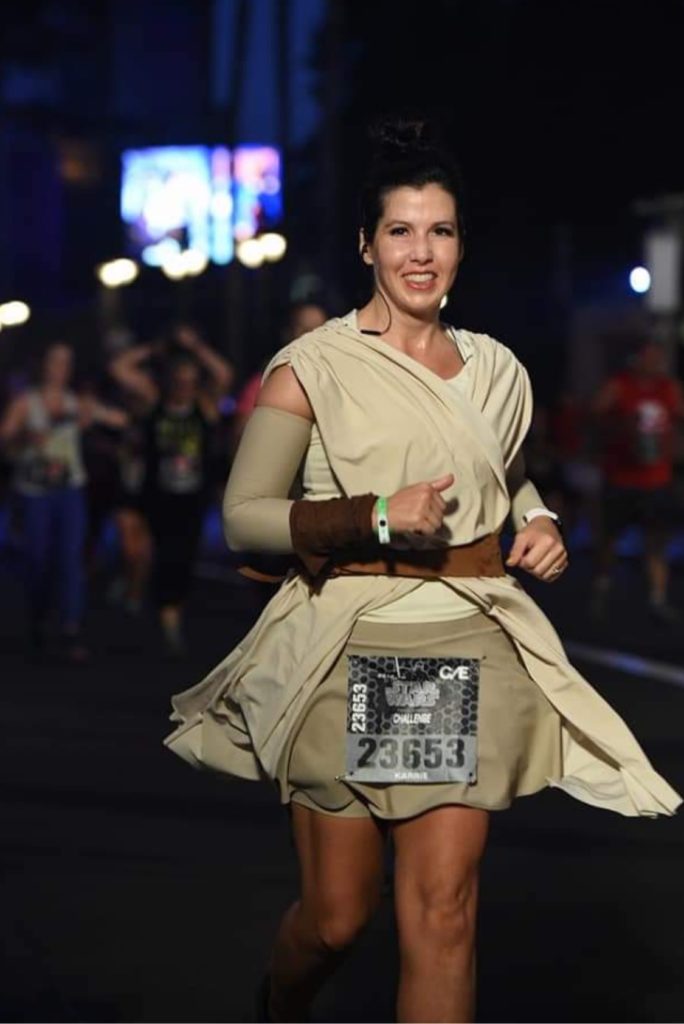 Hurricane runner psychs up to race 135 miles across Death Valley