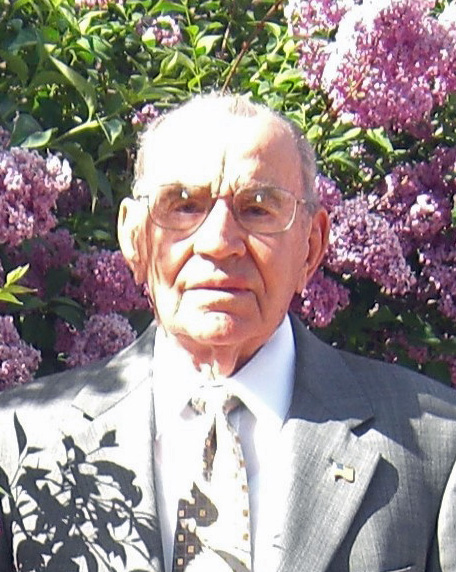 Born in 1924 in his grandmother’s house in Vernal, Utah, Ralph Gordon Stringham lived the first part of his life in the small town with his beloved mother Afton, father William, and two older sisters Mary Katherine and Betty.

Born into a sheep herding family, Ralph spent his summers high up in the Uinta Mountains in a one-room cabin without running water or an indoor latrine. If you asked Ralph, he would tell you it was an idyllic childhood (aside from the years of being forced to bathe in dirty bathwater already used by his two older sisters or having to walk to school both ways uphill). That is not to say the life of a sheepherder was not challenging, but Ralph, a cowboy at heart, treasured the great outdoors and all that comes with it; hunting, fishing and wide-open spaces. In fact, Ralph would make frequent trips back up to that mountain cabin throughout his long life to revel in the good ole days.

The Great Depression forced his family west when Ralph was a young teenager, obliging him to leave his cherished horse, Bud, and the three-legged dog, Jack, behind (Ralph would reminisce about Bud during his final days).  Settling in Southern California with his mom and sisters, Ralph joined the Navy at the young age of 17, eager to do his part for his country while traveling the world on a ship, taking in the sights of such faraway lands as Australia and India. Ralph’s mother Afton, whom Ralph molded much of his life after, went to work for Douglas Aircraft during the war (a true Rosie the Riveter) and, due to her hard work and tenacity, was the only remaining employee when the war ended.

After arriving home from duty, Ralph’s life would forever change once again when he met his sweetheart, the love of his life for more than 70 years, Orpha Stringham. She was just 15 years old when they met and, as Orpha would tell it, it was love at first sight. Ralph was part of a group of friends with Orpha’s older sister, Frieda, but soon it was Ralph and Orpha spending all their time together; from dates at the drive-in to frolicking in the sand at Orpha’s favorite place, the beach in Long Beach. And, of course, right along-side the two love birds were Orpha’s 6-year-old sister, Beverly, whom Ralph allowed to tag along on their dates. Ralph and Orpha were married at the Courthouse when Orpha was just 17 and Ralph 22.

Soon, the three of them, Ralph, Orpha, and Beverly, moved into a tiny post-war house with Ralph insisting they take in Beverly and raise her as their own given the tragic death of Orpha’s mother at the young age of 39. After a few years, Ralph and Orpha started a family of their own with the birth of their dear son William “Bill,” followed by David “Dave” a couple of years later, and finally Daniel “Danny.” The family enjoyed the typical Southern California upbringing with Ralph working hard in construction and Orpha staying at home with the kids. Ralph and his boys enjoyed frequent trips back to Utah to hunt and fish.

Sadly, extreme tragedy struck the family in 1973 with news of Bill’s disappearance from the aircraft carrier the USS Midway while he was serving in the Navy during the final days of the Vietnam War. Bill’s premature death was extremely hard on the family as no parent should ever have to lose a child. Life, however, went on with Ralph’s two remaining sons and Beverly getting married and starting families of their own.

Dave married Susan and they had two children, Matthew and Carrie. Danny married Theresa and they had three girls, Michelle, Kelly, and Melissa. Beverly married the love of her life, Jerry, having three children of their own, Kathy, Karen, and Del. At the time of his death, Ralph had five loving grandchildren and eight great-grandchildren: Nitro, Cory, Malka, Cole, Harper, Arie, Bowie, and Emmerson Ralph.

Ralph and Orpha found faith later in life and if you ask him, it saved his life while giving it purpose. He loved his church and was a faithful believer, attending sacrament meeting every Sunday and, as his family has come to learn, was well known in his ward and beyond as the most decent and affable of men. In fact, there is hardly a person who met Ralph who did not truly adore and respect him.

After retiring from a successful career in construction, desiring to get back to his roots and escape busy Southern California (unlike Orpha, Ralph was not a fan of the beach or the cool ocean air), the two moved to Southern Utah. Ralph spent his golden years golfing (almost every day until he could no longer swing a club); gardening; building anything and everything; remodeling parts of his house (all on his own until his later years); attending and volunteering with the church; walking miles on end at the crack of dawn for exercise; communicating with old friends over email, and spending time with his family and friends who would make frequent visits from Southern California to see him despite the distance.

Ralph and Orpha also enjoyed several vacations in the early years of their retirement, most notably to the Bahamas, Jamaica, and Alaska, and traveled the country by RV, taking memorable trips with their grandchildren. Ralph truly enjoyed life, doing the things he wanted, how he wanted.

To all that knew him, Ralph was the most hardworking, loving, humble, honest, strong, practical, resourceful, caring and honorable man one would ever have the honor of knowing. A doting husband, father, father-in-law, grandfather, great grandfather, man of faith, son, brother, cowboy, veteran, outdoorsman and friend, Ralph (or grandpa as he was known by those who loved him), will be immeasurably missed. In the eyes and hearts of his family, Ralph was a hero among men.