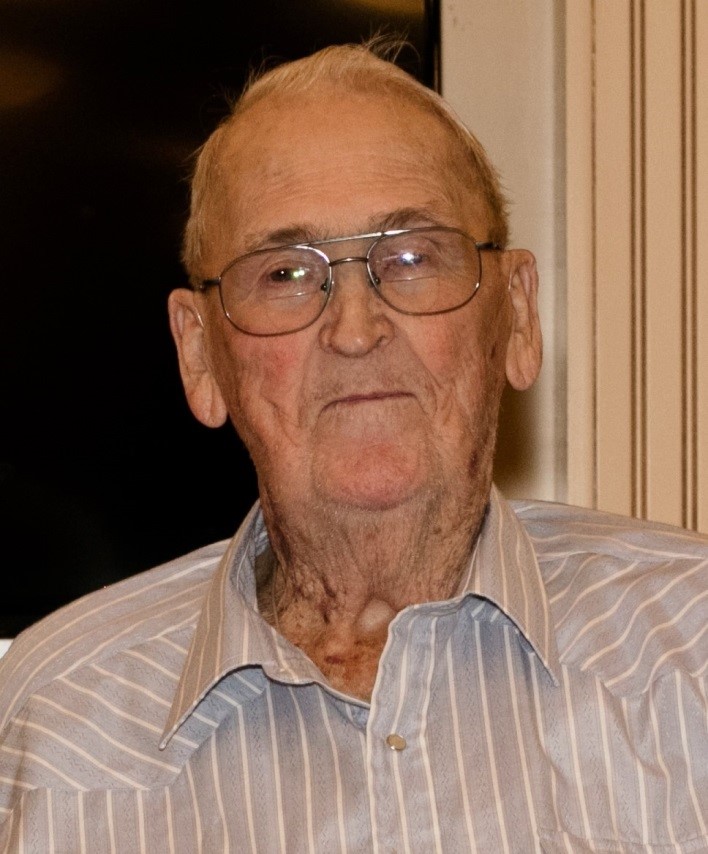 Jerry Albert Riggs, 92, passed from this earthly life on Aug. 13, 2020, exactly one month to the day that the love of his life passed away and his heart was broken.

He was born on Feb. 4, 1928, in Hatch, Utah, the second child of Orlas James and Estella Smith Riggs. He grew up in Hatch and attended school there through the sixth grade and then went to school in Panguitch. He worked at the sawmill, which was the only employer in town. In 1945 he went to Cedar City to attend school at the Branch Agricultural College, now known as Southern Utah University.

During the summer of 1946, he met Dolores Foremaster, who was with her mother at their property in Hillsdale for the summer. He said she was the most beautiful girl he had ever seen, and at church, asked her out for their first date, a dance in Panguitch. It was love at first sight. She convinced him to transfer to school at Dixie College in 1947. They became engaged at Christmas time and were married June 25, 1948, in the St. George LDS Temple. They lived that summer in Hatch while he worked in the timber and at the sawmill, and then moved back to St. George so Dolores could finish school at Dixie College.

Jerry worked for Premium Oil Company, Woodbury Lumber Yard and Construction, and then in 1950 went to work for Rocky Mountain Produce. He was a salesman with customers from Beaver to Delta, and then Gunnison to Kanab. He drove this route twice a week, and once a week would go to Page, Arizona, when they began construction of the Glen Canyon Dam. During this time, there were many stranded motorists along highways 91 and 89 who received help from him. After 36 years and over 2.5 million miles, he retired from Rocky Mountain and spent his time farming, raising cattle, and in property development. During those many years on the road, he always stopped and spent time with his parents in Hatch and always made sure they had what they needed. If someone ever needed any help – he was there to offer assistance.

Dad believed he was here to help and support his love, Dolores. Being married to her meant that he was involved in all of her activities. With good friends, they spent many years square dancing, attending dance jamborees in Nevada and Colorado, as well as all over Utah. He spent many hours helping with 4-H horse shows, gardening club presentations, and most recently, supporting her with the Daughters of the Utah Pioneer projects and museum renovation. If they were going to do something, they did it together. He was active in the Sons of the Utah Pioneers for many years.

Jerry and Dolores were able to do some traveling, visiting places of interest in the south, midwest, church and history sites, Europe, Canada, Alaska and the South Pacific. Most of all, he loved to spend time in Hatch – even just to ride around in the hills and check the wildlife, or just sit on the front porch and look at the beautiful pink cliffs.

He faithfully attended his forever sweetheart through her 10-yr struggle with dementia in spite of his many health challenges. Even though it was difficult for him to have her in a memory care facility the last several years, he still loved spending time with her, even if just holding hands and kissing. When she passed away last month after 72 years of marriage, he said, “Now I can go.”  In his last 10 years, he suffered from multiple health challenges. Through all of his trials, his faith in God was never questioned. He had a firm testimony of the gospel of Jesus Christ and fought hard to endure to the end. He deeply loved his family and was a wonderful example of a loving husband, father, grandfather and great-grandfather.

We extend our love and thanks to the many friends and family who have helped him through these last few years, the medical doctors and professionals, and the staff of Dixie Hospice.

In lieu of flowers, donations may be made to the missionary or temple department of The Church of Jesus Christ of Latter-day Saints.

Arrangements are made under the direction of Spilsbury Mortuary, 110 S. Bluff St, St. George, Utah. Friends and family are invited to sign his online guest book at www.spilsburymortuary.com.