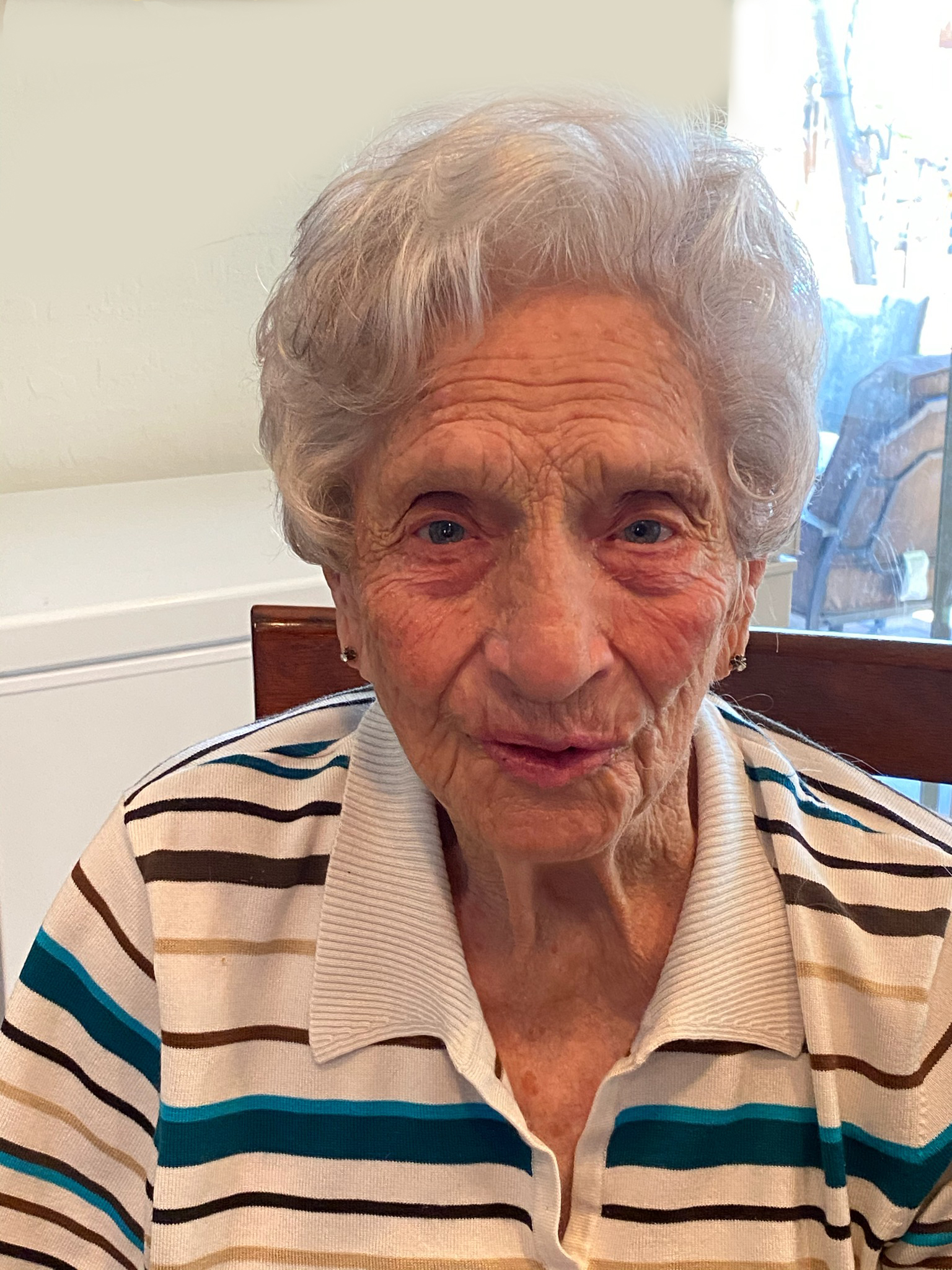 Carmon Messner, 96, passed away Aug. 7, 2020, following a short illness. She was born July 16, 1924, in Red Oak, Iowa, the youngest daughter of Charles and Delia Anderson Copeland.

Carmon met a young soldier, Vincent Messner, and on Feb. 1, 1947, they were married in Reno, Nevada. They were the parents of two daughters, Susan Abrams and Kathy Young.

Eventually, they moved to Las Vegas, Nevada. While there Carmon worked for Vegas Village, The Sands Hotel and finally Skaggs Pharmacy where she retired after 20 years. During their stay in Vegas, Carmon and Vince liked to relax playing the slots and dining at El Cortez.

Carmon and Vince moved to Ivins, Utah in 1992 to be close to their daughter, Kathy and her husband, Richard. Vince passed away on Sept. 23, 1993, and Carmon moved in with Kathy and Richard to fulfill a promise between Vince and Richard to take care of Carmon. They built a home attached to their own where Carmon lived and cared for the “babies” while Kathy and Richard were on the road.

Carmon was a great supporter of the Kruzin’ Knights Car Club. She wrote their newsletter and could always be found at the car shows behind the raffle table.

Carmon is preceded in death by her parents; husband, Vince; four sisters; and three brothers. She is survived by her daughters: Kathy Young and Susan Abrams; four grandchildren; and many great-grandchildren and great-great-grandchildren, all a part of five living generations.