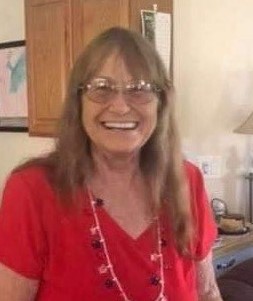 On Thursday, July 30, 2020, Suzanne Marie Yaw, loving mother of two children and grandmother of six, passed away at age 71.

Suzanne was born on March 13, 1949, in Detroit, Michigan, to Father, James Allen, and Mother, Venus Allen (Shoemaker). Suzanne raised two children, Kathleen Hale, (St. George, Utah) and Tina Kaiponen, (Port Orchard, Washington). She worked on and off for years with the Corp of Engineers, in California and Washington. On Oct. 2, 1999, Suzanne married Donald A. Yaw. They lived in Central, Utah, but spent a lot of years on the road doing long haul truck driving.

Suzanne loved to make pies and cinnamon rolls with her friend Alice Fish. They became friends when they worked together at Walmart, in St. George, Utah. Suzanne learned to make pies and cinnamon rolls from her mother-in-law, Evalyn Yaw, who worked in the bakery at Veyo, Utah for several years. Suzanne enjoyed going to the Casino, in Mesquite, with her husband Donald Yaw and playing Keno. Suzanne also enjoyed Jigsaw Puzzles, chocolate candy, potato chips, and Hallmark movies. Suzanne love to laugh and tell stories about all her experiences throughout her life. Suzanne had a beautiful smile and could light up a room upon entering.

A private memorial service will be held for her on Aug. 19, 2020, at Veterans Memorial Cemetery in Boulder City, Nevada.

Arrangements are under the direction of Spilsbury Mortuary, 110 S Bluff Street, St. George, Utah. Please give condolences on her online guestbook at www.spilsburymortuary.com