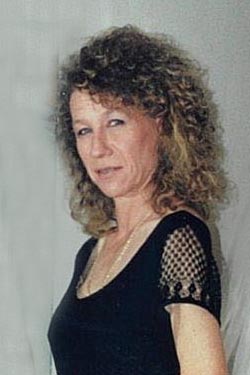 Lesa Durrant Kesner, age 62, passed away peacefully on July 29, 2020, at her home in Dammeron Valley, Utah, surrounded by her loved ones after a long illness.

Lesa married David Sheppick and together they had two children, Ronnie and Heather, with that marriage  she became a stepmother to Mario and Paul that she cared for very deeply. David Sheppick passed away on June 9, 1995.

Later on, in Lesa’s life she met and married her knight in shining armor, William ‘Bill’ Kesner, Aug. 25, 2001, in Dammeron Valley.

As a young girl Lesa loved to dance, and dance she did, tap, jazz. Once, she was able to perform on the Eugene Jelesnik Talent Show on TV along with her sister Vickie Urie and with other members of her dance class.

While Lesa was living in Dammeron Valley, she ran the Dammeron Valley water and she wore many hats in that job. Lesa loved to crochet afghans that she gave to family and friends. She was working on one for her granddaughter Harper that she could not finish in time but her dear friend Donna finished it up for her.

Lesa was also an avid collector of the Beanie Babies; almost every room in her house was filled with them. Lesa was a very caring person, one day she met a young man named Joe Ward that she unofficially adopted into her family.

Later on in Lesa’s life she would go with Bill while he was driving truck. She wanted to learn how, so Bill took the undertaking of teaching her. Lesa was able to get her CDL and so they were able to team drive for many years till her health would not allow it anymore.

Lesa is preceded in death by her Father Ronald Craig Durrant and her grandparents and many aunts, uncles and cousins, as well as two nephews.

The family would like to give a special thanks to Dr. Esplin, Michelle and Cassie from the Home Hospice Care, Curt Jensen, Donna and Terry Sires.

There will be a viewing Wednesday, Aug. 5, at Spilsbury Mortuary from 5-7 p.m. A funeral service will be held Aug. 6, at 1 p.m. at Spilsbury Mortuary Chapel followed the burial at Veyo City Cemetery at 2 p.m. To watch a webcast of the service (Live or up to 90 days after the service), log on to webcast.funeralrecording.com. Type in the event number 34327 and password LDK2020.

The family also expressed their appreciation to Spilsbury Mortuary for their loving care of Lesa and for their assistance during this time of grief.

Arrangements are made under the direction of Spilsbury Mortuary, 110 S. Bluff St, St. George, Utah. Friends and family are invited to sign her online guest book at www.spilsburymortuary.com.