ST. GEORGE — Friends, family members and Denny’s employees, past and present, gathered in the restaurant parking lot Sunday afternoon to honor 37-year veteran of the diner, Gary Hall, who was found dead in his apartment July 3 during a welfare check when he failed to show up for work.

Dozens gathered in the Denny’s parking lot on 1000 East at 5 p.m. Sunday evening, where an impromptu memorial service was held to honor 62-year-old Hall. His family said they will hold an official memorial service once COVID-19 restrictions are reduced and the medical examiner releases his remains so they can “bring him home to St. George,” Melody Hall, Gary Hall’s daughter said Sunday.

Gary Hall’s youngest daughter, Krystal Hall, said when she was notified of what happened, she came to St. George from her home in Missouri right away and has spent the last few weeks “sad and busy,” she said, as she and her older sister, Melody Hall, have been working on getting their father’s affairs in order.

Both women said it was still difficult to believe their dad is really gone and even more difficult to grasp the manner in which he died.

“I still don’t understand how this could have happened,” Krystal Hall said. “(He) saw the good in every situation, and that guy helped everyone.”

She also said her father has gone through a number of significant losses over the last few years, including the death of his parents and other family members, but even so, “he always saw the good in any situation, and he never had a bad thing to say about anyone.”

Two of Hall’s grandchildren attended the event, including his grandson, Brandon Hall, who said his grandfather always had a smile on his face, “and he treated everyone like family,” which are two of many things he will miss most about his grandpa going forward.

Hall’s granddaughter, Tara Reid said her grandpa was the kindest person with the biggest heart, and while he did have many worldly possessions, that wasn’t what was important to him. What he did care about was the people around him, and those he loved, “and that’s what matters the most,” Reid said.

For Denny’s General Manager Mary Nielsen, the fact that Hall spent nearly four decades as a cook at the restaurant made it easy to decide where to hold the event. So, when Melody Hall mentioned it to her, they went ahead with the arrangements, she said.

In fact, a number of long-term employees of the diner commented on “the thousands and thousands of people” Hall had cooked meals for over the years and said he was known by many as “the cook at Denny’s.” Some of them said Hall was “iconic” and that he “probably cooked for everyone living in St. George at some point.”

Hall began working at the diner as a teenager right after it opened in the early ’70s. He left a few times over the years, but, when he returned more than 30 years ago, “he has been in the back of the house cooking” ever since.

It was Nielsen who went to Hall’s apartment to check on him after he failed to show up for work July 3, and was there when officers found Hall dead inside of the apartment. She will remember Hall’s kind heart the most, she said, and then “his sense of humor, his stories and his laugh.”

She also said Hall’s reputation as an employee “was outstanding” and is what prompted her to make the trip to his apartment that day. She knows his reputation well after working with him for more than 22 years. As soon as she was told he was a “no-show,” she said she knew “something was very, very wrong.” While she wanted to believe it was somehow a mistake that he missed his shift, “the pit in my stomach told me differently,” she added.

Nelsen also said that what she misses the most is seeing Hall.

“Every day when I’m here working, I want to walk by that kitchen and see him in there cooking,” Nielsen said. 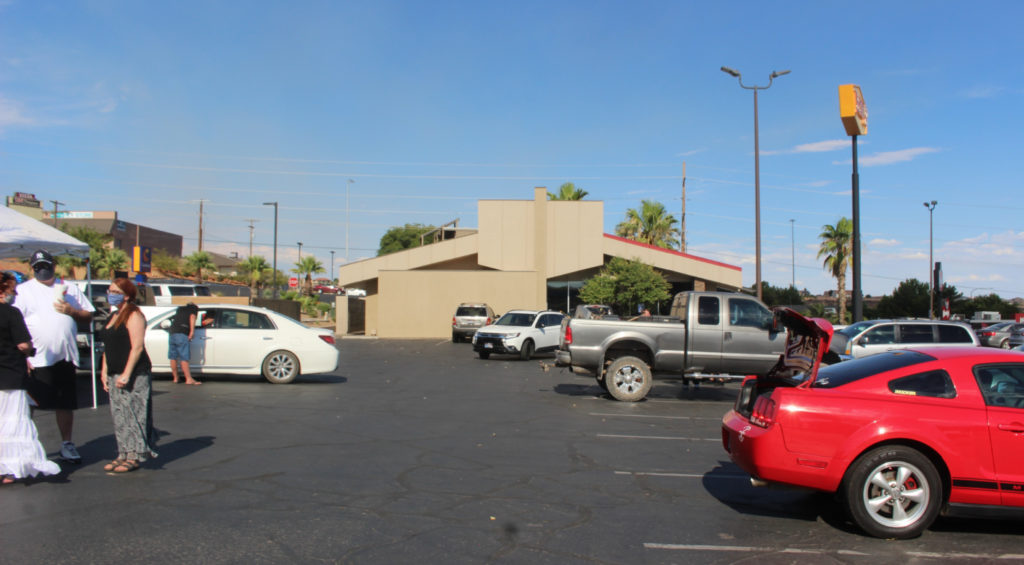 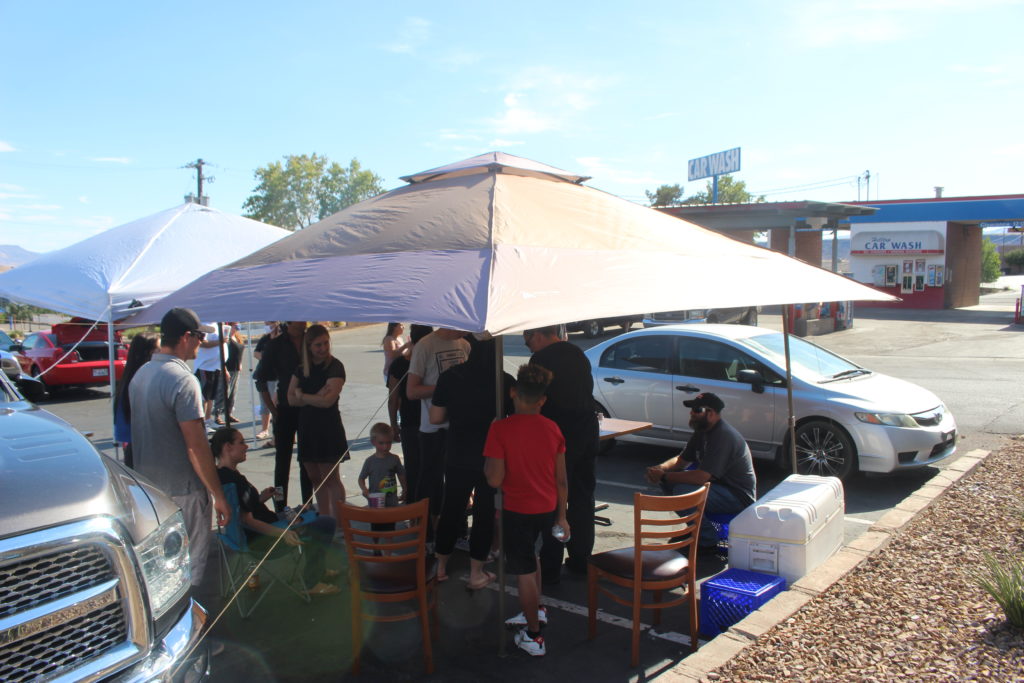 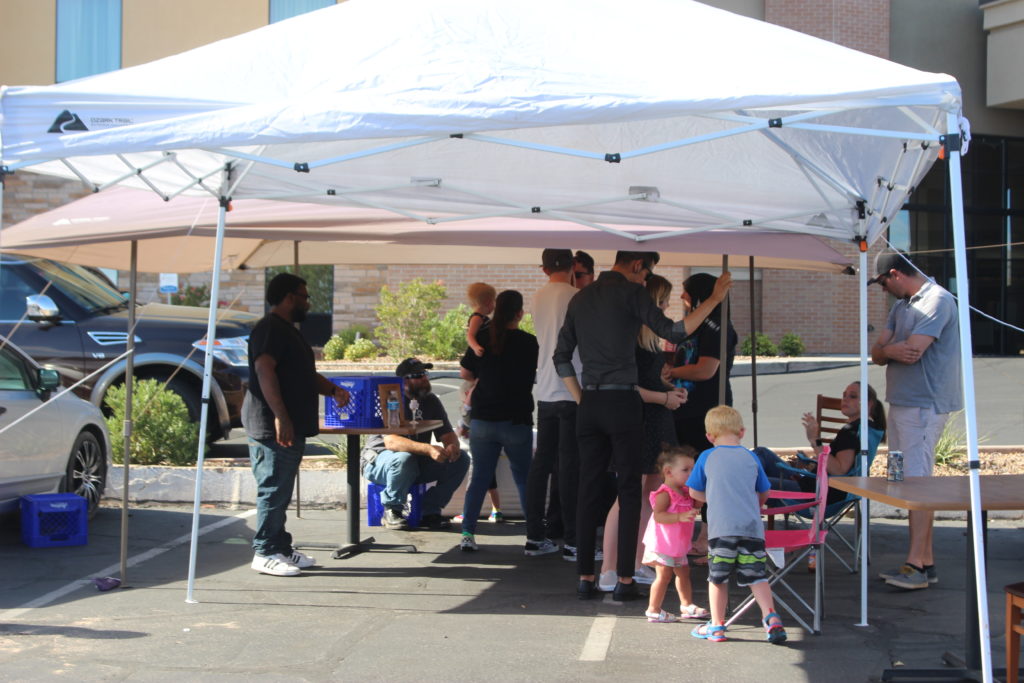 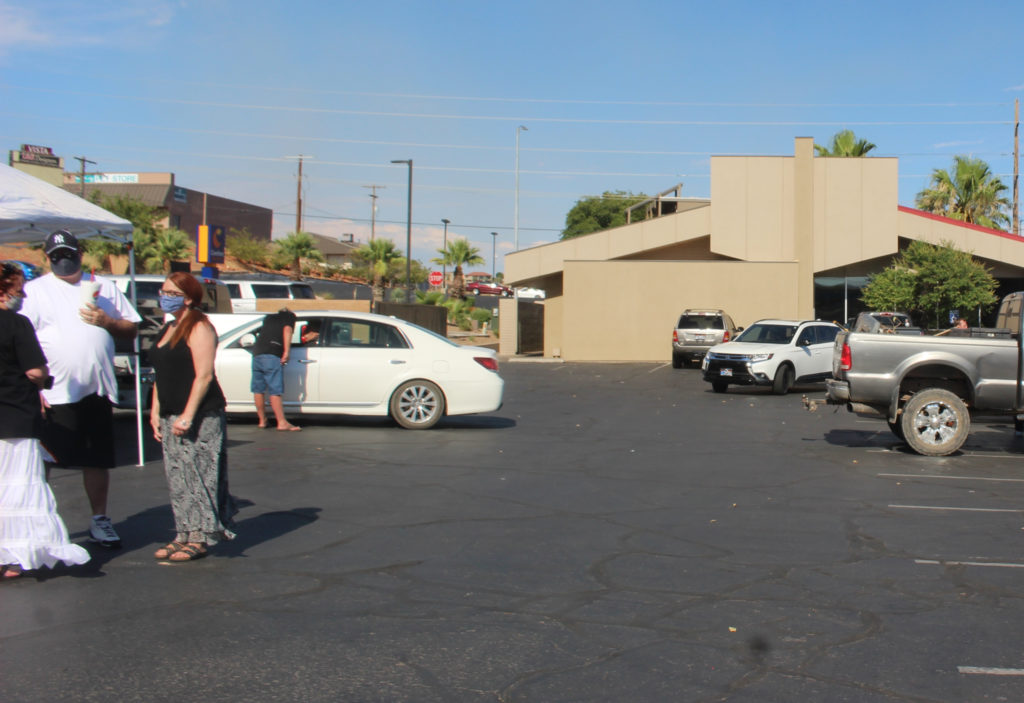 Family members, as well as past and present employees gather in the Denny's parking lot on 1000 East in honor of Gary Hall, a 37-year veteran cook who died July 3, St. George, Utah, July 19, 2020 | Photo by Cody Blowers, St. George News 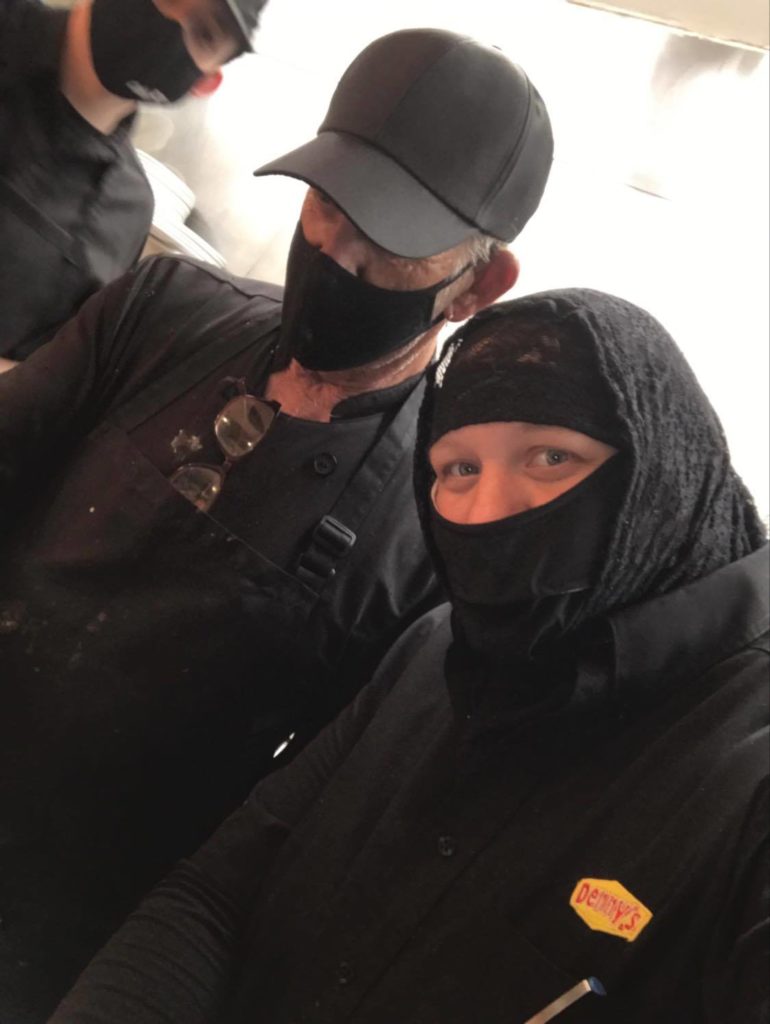 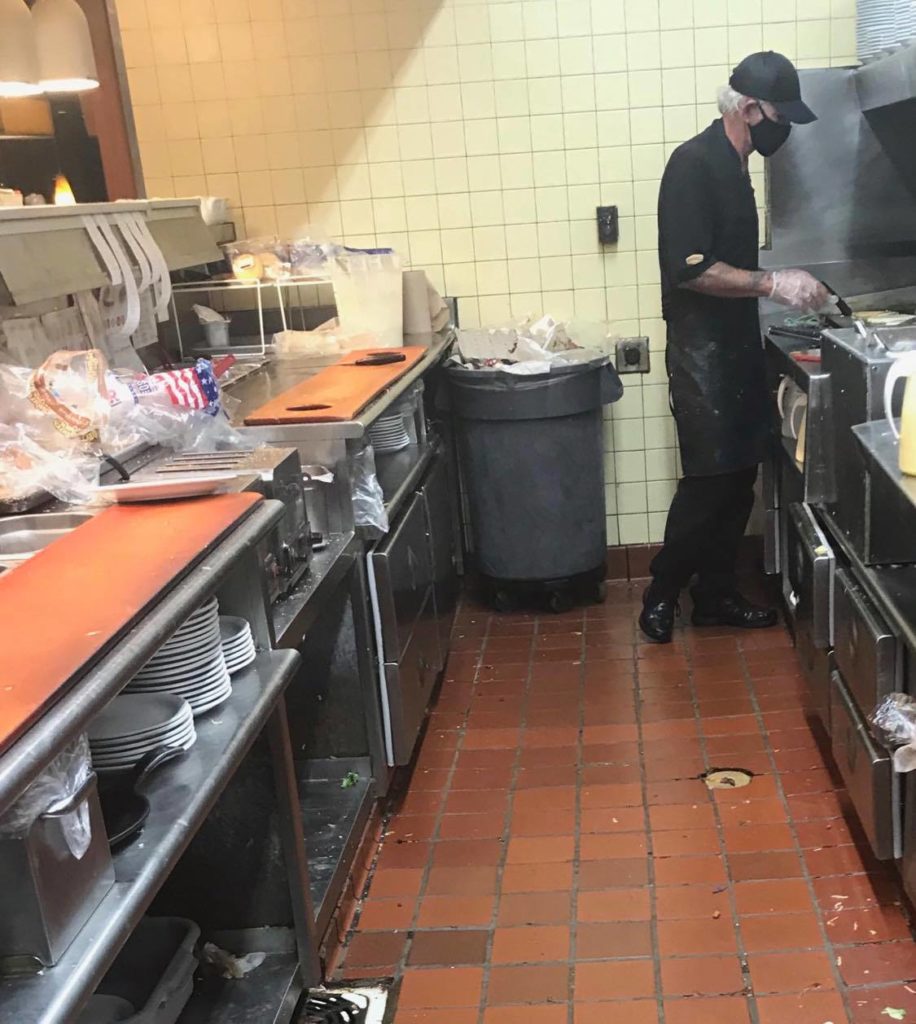 Last photo taken of Gary Hall before his death July 3, as he cooks on the line at Denny's on 1000 East, St. George, Utah, July 2020 | Photo courtesy of Brittany Steele, St. George News