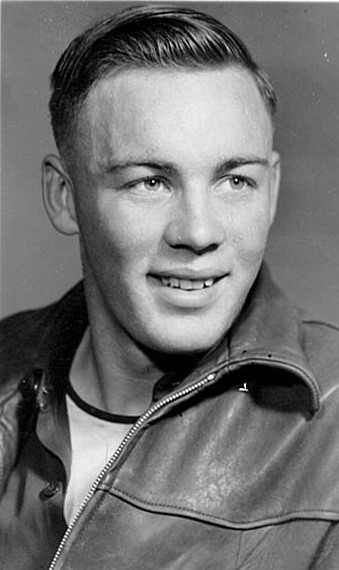 Alma Henry Truman passed away at the age of 92 on Saturday, July 18, 2020, in Utah’s Dixie, his favorite place. He is survived by his four children, Teresa Orton (Sid), Arlene Mills (Sam), Cindy Bluemel (Ralf) and Brad Truman, also his brother Spencer Truman, and sister Helen Davis. He is preceded in death by his wife, Ruth, his parents, brother Donald and sister Ellen and Barbara.

Alma was born Jan. 25, 1928, in St. George, Utah, the youngest son of Albert Henry and Ruth Foremaster Truman. He started school in Central, Utah with brothers Spencer, Donald and sister Barbara. His twin sisters Helen and Ellen came later. Alma finished his schooling in St. George after the family moved back in 1936. He was a graduate of Dixie High School and excelled in football and basketball. He was a lifelong sports fan.

He married Ruth Fawcett on May 31, 1947. He started driving a truck for Milne Truck Line and Rocky Mtn. He then worked for the St George Gas Company delivering propane and appliances for 10 years while also being a managing partner of the Sands Motel. Alma and Ruth sold the Sands Motel in 1973 and he began a career of working in tourism for Washington County, 5 County Association and the Utah State Travel Council.

In 1982, Alma and Ruth bought another motel in St. George and named it Dixie Palm. Alma continued working for Utah Travel Council and Color Country promoting Southern Utah Tourism. Upon Alma’s retirement, he embarked on a business of tourism promotion which enabled him to travel all over the western United States.

Alma and Ruth enjoyed family life and had many hobbies. They owned horses and a cabin at Kolob where they went riding a lot. Alma started golfing at age 45 and continued until just last year. In 1981, he won the Exalted Rulers Trophy in the Utah State Charity Golf Tournament. During his lifetime, he got two hole-in-one at the Dixie Red Hills Golf Course. He loved traveling and visiting far away grandchildren and friends.

The family expresses appreciation for Carlos Gutierrez, Victor Contreras and the many people who assisted Alma in the last five years since Ruth passed on.

Funeral services will be on Tuesday, July 28 at 10 a.m. at Spilsbury Mortuary, 110 S. Bluff St. St. George, Utah. A viewing will be prior to the funeral service from 8-9:30 a.m. Interment will be at the St. George Cemetery. In lieu of flowers, donations may be made to your charity of choice.

Arrangements are made under the direction of Spilsbury Mortuary, 110 S. Bluff St, St. George, Utah. Friends and family are invited to sign his online guest book at www. spilsburymortuary.com