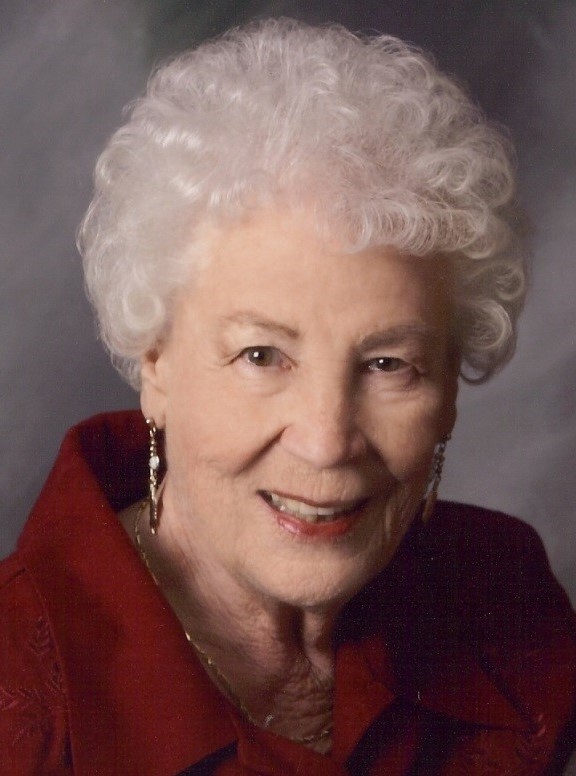 Dolores Foremaster Riggs, 91, passed peacefully from this mortal existence July 13, 2020.  She was born April 5, 1929, to Lindau and Hortense Russell Foremaster, the second of four children.  She attended St. George Elementary, Woodward Junior High, Dixie High, and Dixie Jr. College where she was active in sports, music and home economics activities.

As a young girl, she, along with her family, would travel the 50 miles by team and wagon and old truck to the Arizona Strip where they were homesteading. They would go as soon as school was out and then return in the fall for school.  To go see anyone, she would have to ride a horse the 5 or so miles to where her cousins were. She helped her father on the farm hauling hay, thrashing beet seed or doing whatever was needed. After graduation from high school, she worked one summer in Los Angeles, staying with her sister.

In 1947, she met Jerry Albert Riggs, from Hatch, Utah. They were married June 25, 1948, in the St. George Temple.  They lived in Hatch that summer and then moved to St. George where they raised their three children. Together with good friends, they spent many years square dancing, attending dance jamborees in Nevada and Colorado, as well as all over Utah. She was an expert seamstress, and created many beautiful things, from her award-winning square dancing dresses, tailored coats and wedding dresses.

As her children grew older, they became involved in activities and so did she.  She was involved in PTA on a school and county level and 4-H.  She served faithfully in her church callings, which included Primary teacher, Ward and Stake Primary President, Young Women Presidency Counselor and Advisor, Relief Society Presidency, ward and stake genealogist.  She taught 4-H groups in sewing, cooking, heritage, entomology, and in 1966 started the horsemanship program in Washington County.  Hundreds of youth benefited from her 30+year efforts, receiving state and national awards and scholarships.  She was the Washington County 4-H Council President for many years, in addition to her continuing work with the youth of the county. She was president of the St. George Beautification Club, a member of the Race Track Committee, Red Cross, March of Dimes, St. George Planning and Zoning Committee, and Chairman of the St. George Heritage Week, as well as a guide for St. George Live.  She was called on to help judge exhibits at county fairs and horse shows.

She, honoring her pioneer heritage, served in the Daughters of Utah Pioneers, involved in the local camp leadership as well as Washington County DUP President, a Regional Representative to the International Daughters Board, and for over 15 years was director of the DUP Museum in St. George.  She was honored with the 1979 State Farm Bureau 4-H Leadership Award, for her years of work with the youth of the county the 1983 Honorary Alumni of Utah State University, 1984 Women of Achievement Award, Utah State University 1998 4-H Alumni of the Year, and was the Grand Marshal of the 68th Dixie Roundup.  In addition to her family and community service, she worked for Rocky Mountain Company and managed the Milne Truck Line terminal in St. George terminal for many years.

Her pioneer heritage was a passion not surpassed. She was often sought out for the histories and pictures of ancestors, St. George and surrounding communities, and can be seen in videos about the history of St. George, the St. George Temple, Grafton, and Washington County. She was a fierce defender in preserving the history and relics of the past.  She learned to serve others from her parents. She helped her mother who was in charge of a group of women from the newly formed 6th Ward that organized to help earn money to build a new chapel. For four years they provided weekly dinners to civic groups and others in order to raise the money needed for the chapel on 400 East, as well as helping her mother pick out the two paintings that would hang in the chapel.

In addition to her family, her passions included gardening, providing weekly floral arrangements for church meetings, visiting friends and shut-ins, and taking flowers or a loaf of freshly baked bread to anyone who needed a lift.  Holidays were always spent with extended family and friends.

She and Jerry did some traveling, visiting places of interest in the south, mid-west, church and history sites, Europe, Canada, Alaska, and the South Pacific. Her highlights were being able to visit her ancestral towns in England and Germany.

She was the love of Jerry’s life – just having celebrated 72 years of marriage. Though dealing with health challenges, she always wanted to cuddle with him.  She fought a valiant battle with dementia for over 10 years, the last several years not understanding what was happening and sometimes who family members were.  Her face would light up when “her Jerry” would come to visit.

She is survived by her husband, Jerry, her three children, Lindau Merrill (Michele), Sherilyn (Vertis) Benson, Russell Albert (JoLee), eight grandchildren, 24 great-grandchildren, brother EJ (Bea). She is preceded in death by her parents, her sister Ida and her brother LaVar, and one great-grandson Ethan Rivera.

We extend our love and thanks to the many friends and family who have helped these last years, as well as the medical professionals and staff at Southgate Senior Living Memory Care.

In lieu of flowers, donations may be made to the missionary or temple department of The Church of Jesus Christ of Latter-day Saints.

Arrangements are made under the direction of Spilsbury Mortuary, 110 S. Bluff St., St. George, Utah. Friends and family are invited to sign her online guest book at www.spilsburymortuary.com. To watch a webcast of the service (live or up to 90 days after the service) go to webcast.funeralrecording.com. Type in the event number 33070 and password DFR2020.