Assistant fire chief Tyrel Hansen said they received a page around 1:18 p.m. of a brush fire around an acre in size in the Desert Arboretum.

Residents who live across from the small nature preserve on Lava Cove Drive reported the fire, he said.

Hansen is in charge of the Santa Clara-Ivins fire’s wildland crew, he said, adding that his crew was in town rehabbing from other wildland fires they have been assigned to so they were able to respond quickly to the call.

“I called them on the phone and they were here within minutes of the page,” Hansen said.

Hansen said they know roughly where the fire started and believe the fire to be human-caused but added that the exact cause was still under investigation.

The fire was burning through cheatgrass and sagebrush, but Hansen said the crew’s quick response, a trail system in the arboretum that acted as a buffer and favorable wind helped to keep the flames down and not spread it as quickly.

By the time fire crews were mopping up and putting out hot spots, Hansen estimated that the fire only burned about a quarter of an acre, he said.

Though the winds were favorable Monday, the National Weather Service issued a red flag warning effective Tuesday from 9 a.m. until Midnight and again Wednesday from noon until 9 p.m.

Winds from the southwest are predicted to be between 15 and 25 mph with gusts up to 35 mph on Tuesday and 10-20 mph with gusts around 30 mph Wednesday.

A red flag warning means that critical fire weather conditions are either occurring now or are imminent. A combination of strong winds, low relative humidity and warm temperatures can contribute to extreme fire behavior, the weather service warning said.

The temperature during Monday’s fire was around 102 degrees.

The warning is in effect for Beaver, Garfield, Kane, Iron and Washington counties.

Personnel from the Santa Clara-Ivins Police Department and emergency services, many of whom are also trained fire personnel, Hansen said, responded to Monday’s fire as well. 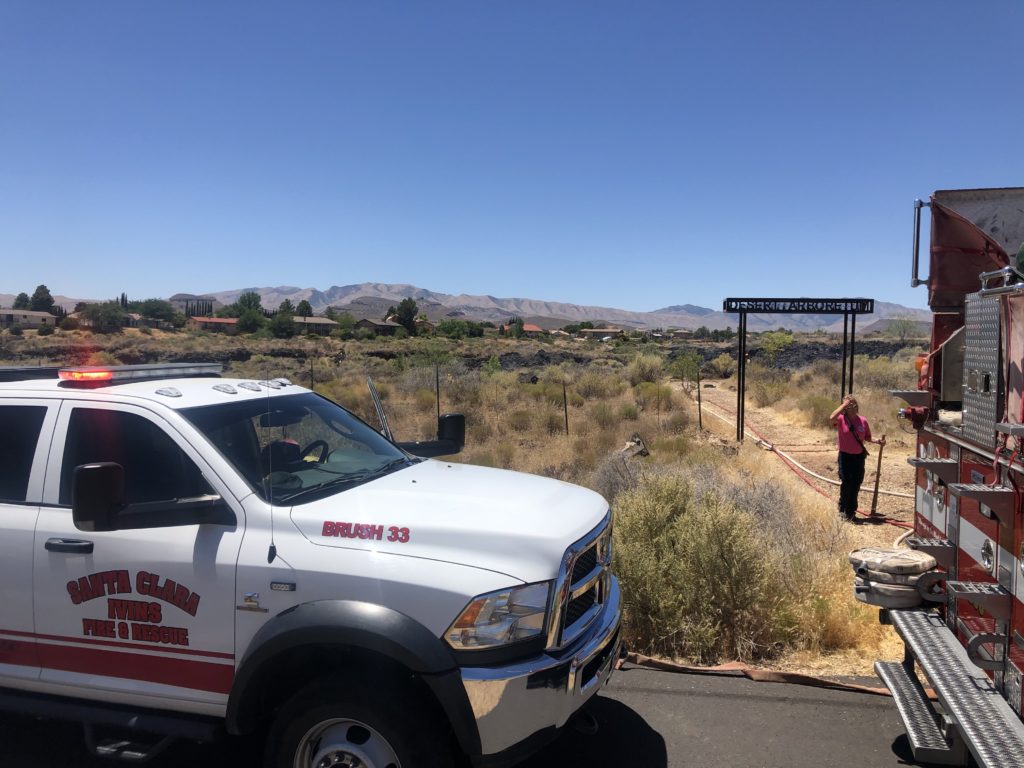 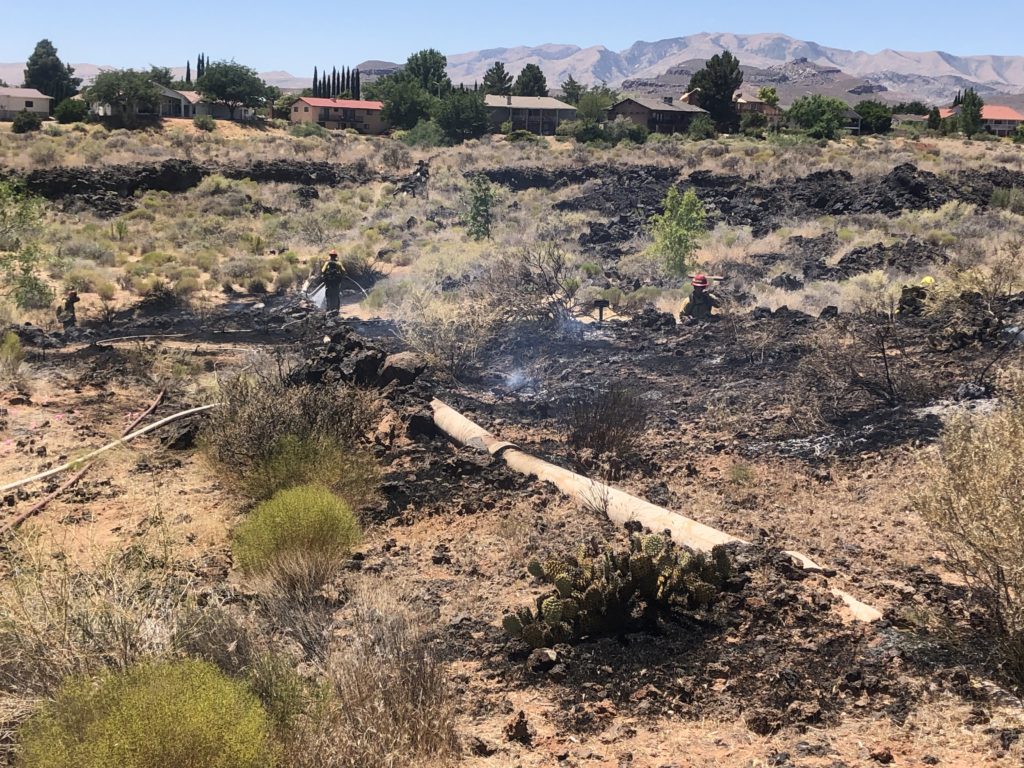 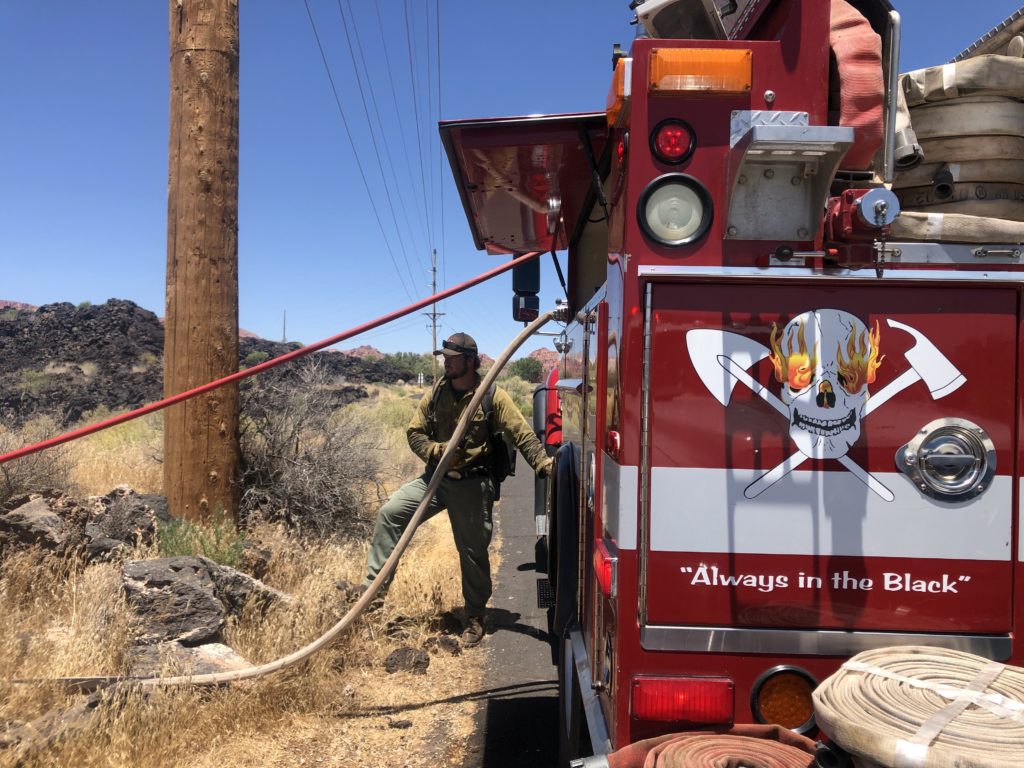