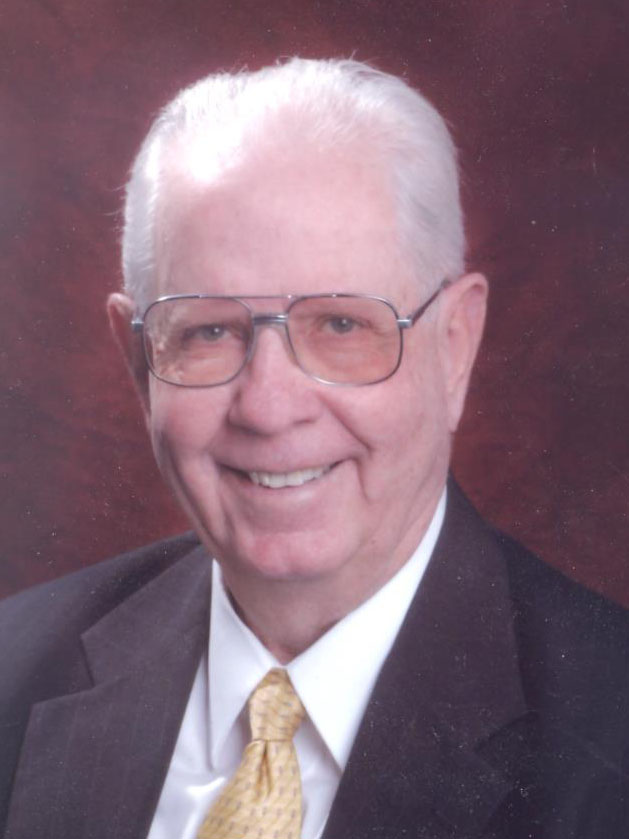 Dar Larson Smith passed away on June 23, 2020, at age 89, from natural causes, just less than three months from the passing of his dear wife, Helen Smith. He was born Feb. 27, 1931, to Barton and Virginia Smith of Henrieville, Utah.

Dar spoke affectionately of his upbringing in beautiful Henrieville and the many lessons of hard work, humility and resourcefulness he learned from growing up in a family of 10 children in a rural setting during the great depression.

He had a thirst for knowledge and started his education in a small schoolroom and worked toward a high school diploma from nearby Tropic High School. He attended Dixie Jr. College in St. George, Utah, a town he loved from visits during his youth. While at Dixie, he submitted his paperwork to become a full-time missionary for The Church of Jesus Christ of Latter-day Saints, but, due to the Korean War, his mission plans were put on hold.

He joined the U.S. Army where he served honorably during the Korean War. After the war, he attended BYU where he completed his bachelor’s degree, and later, his master’s degree of education. While at BYU, he developed a wonderful relationship with Helen Jolley, also from Bryce Valley, and they were married in the St. George Temple in 1954 and were married for 65 wonderful years.

For summer employment during school and their early years together, Dar worked as a National Park Ranger in Bandelier and Bryce Canyon. He and Helen started their family in Bryce Valley where they were both educators at Bryce Valley School. Dar received an appointment as Principal of East Elementary in St. George, and in 1967, they moved the family to St. George where they remained for 53 years and raised their children. Dar served as principal for 21 years and had a great love for his students and faculty. It was not an exaggeration to say he knew the names of all the children in his school. He could be regularly seen walking the schoolyard during recess with a crowd of children happily talking and walking along with him as he supervised. He maintained countless friendships of former students and faculty that lasted throughout his life.

Dar served his community in local service organizations including the Kiwanis and Lions Clubs.  He served in The Church of Jesus Christ of Latter-day Saints in many callings including Bishop, High Counselor, Bishopric Counselor, Teacher, Scoutmaster, and Temple Worker. During retirement, he was finally able to fulfill his dream of serving a mission and served with Helen in Wellington, New Zealand. They also served local missions at the newly built Deseret Industries and Member Relocation Services. They loved their missions and spoke very fondly of the people they served and worked alongside.

Family was very important to Dar. It led him to become very involved with family history and he authored and published three books on his and Helen’s family history. He was an eloquent writer and loved to keep a personal journal. Before computers came along, he could always be found writing in his journals by hand or typing letters on his old manual typewriter. Dar loved his immediate and extended family and his friends and neighbors. He always tried to make his own actions and choices align with the council he gave to others. With his different roles in life, he was able to touch many lives for good. He will be dearly missed.

Dar is preceded in death by his father, Barton Henry Smith; mother, Virginia Hardy Smith; his sons, David and Gary; his sweetheart, Helen; and many of his siblings and their spouses.

The family wishes to thank the doctors and nurses that cared for Dar in his declining health.

There will be a family graveside service in Henrieville, Utah where Dar will be buried alongside his beloved wife, Helen.