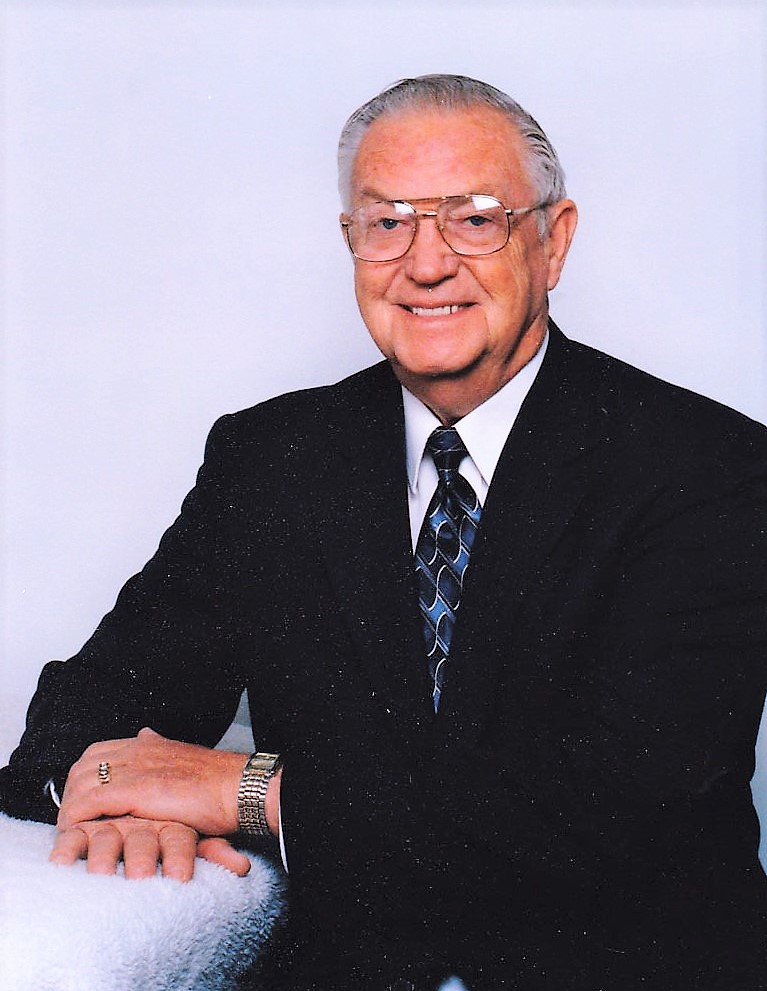 Robert Lionel Vaughan, 88, passed away peacefully June 12, 2020, at his home in Sun River, St. George, Utah surrounded by his loving family. Robert was born in Murray, Utah, Jan. 15, 1932, to Robert James Vaughan and Erma Elizabeth Lewis Vaughan. Robert was the only child of Robert and Erma.

Robert spent most of his younger life living and working on a farm in Lewiston, Utah. He married his high school sweetheart, Jeanine Lou Hansen of Smithfield, Utah on April 18, 1949. Robert and his beloved bride were sealed in the Logan LDS Temple on July 14, 1950, for time and all eternity just before Robert left for Korea with the Utah National Guard. Throughout their 71 years of marriage, he always called her his “bride.”

Robert joined the Utah National Guard in Logan, Utah and in August of 1950 his unit was activated before being deployed to Korea. He spent 13 months in combat as a Medic in Korea with the 204th Field Artillery Battalion. Upon returning to the States, he went back to school and obtained an associate degree from Weber State in Ogden, Utah. He worked as an accountant before starting a new profession in the aircraft industry. He spent four years working for Marquardt Aircraft as an Engineer while continuing his education going to night school. He was also a part-time police officer for Washington Terrace where they made their home when he returned from Korea. After moving to Logan to attend Utah State University he worked for Thiokol Chemical Corporation who built the Minuteman Missile. He spent 13 years as a night shift engineer while continuing his education. As a side job, he was also a painting contractor and was assisted by his sons.

In 1969, they moved their family to Mesa, Arizona, where Robert and Jeanine began their careers in the field or Education with the Mesa Public Schools. Robert continued with his schooling and earned a master’s degree in Special Education from Arizona State University. Robert, with his background in engineering, was given full responsibility to develop and build a Vocational School for the Mentally Handicapped for the Mesa, Arizona public schools. Upon the school’s completion, he was named principal of Parkway School and served in that position for 14 years. Parkway School for the mentally handicapped was the first of its kind, a vocational facility for handicapped students that used power equipment. Robert was then given the opportunity to develop another Vocational Program at the new Mesa Votech High School in Mesa, Arizona. This program became very successful and drew students from surrounding school districts into his vocational program. Robert’s program at Mesa Votech was known and well respected for its excellence throughout the State of Arizona. Robert retired after 25 years with the Mesa Public School District.

During Robert’s tenure with Mesa Public Schools, he became interested in flying. He and Jeanine purchased an airplane, and both began flying. They joined the Arizona Civil Air Patrol and flew many search and rescue missions. They also taught Aerospace Education to cadets throughout the state of Arizona. He was given credit for finding three downed aircraft. They both retired as Lt. Colonels after fifteen years’ service in the Civil Air Patrol.

Robert and his wife, Jeanine, served an LDS Church-service mission at the Family History Training Center in St. George, Utah during 2006 and 2007. They both enjoyed helping others work on their family history. Robert was often called on to be a Handy Man to repair broken equipment and anything else that needed fixing.

One of the things he enjoyed most was to buy or build homes with an eye to detail. He and Jeanine took houses and made them into lovely homes to sell for a profit. They completed 15 homes before his health failed him.

Robert was a very dedicated father, husband, grandfather, great-grandfather and friend to everyone that knew him. He believed in honesty and instilled that trait in his children. Robert suffered much pain and discomfort during his final years before being called home to be with his mother, father, and loved ones who had gone before him.

The family would like to acknowledge Rocky Mountain Hospice who provided hospice care for Dad and to especially recognize Whitney Vowles and Tracy Rosenhan, RN, for their loving support during Robert’s final days.

To watch a webcast of the service (live or up to 90 days after the service) go to webcast.funeralrecording.com. Type in the event number 31385 and password RLV2020.