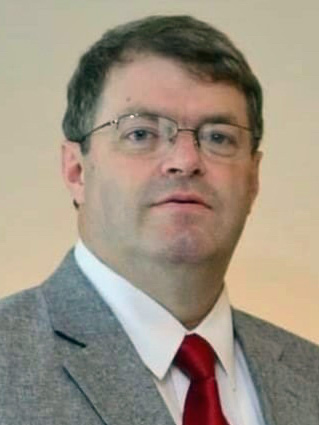 Douglas Grant Clove, 57, passed away due to cancer on Friday, June 5, 2020, at his home in Enterprise, Utah, surrounded by his family.

Doug was born March 31, 1963, in San Francisco, California to Leonard Grant and Harvene Coe Clove, the second of seven children, with three brothers and three sisters. Doug grew up in Nevada City, California and graduated a year early from Nevada Union High School. After serving as a missionary in Japan, Doug graduated from Brigham Young University – Provo.

As far back as his teenage years, Doug admired and was drawn to Jackie Denise Prescott. Even though life kept them long-distance much of their dating years, they still felt connected and wrote dozens of letters to each other. He married the love of his life, Jackie, on Dec. 28, 1984, in the Oakland California Temple. Together they happily raised two children in Enterprise, Utah: Michael (Wilma) Clove and Melissa (Abram) Clay.

The virtue of hard work was instilled in Doug at a very young age, a virtue that defined him and his actions daily. He was a successful entrepreneur, even in economically trying times, owning Clove’s General Store and Clove’s Grocery Store in Enterprise, followed by the Clover Patch Quilt Shop in Santa Clara, Utah. He was an unwaveringly principled man and always stood up for what he believed, even in the face of unpopular opinion. But below the stoic surface was a man of deep care and tenderness.

Doug felt both responsible and rewarded in building up his community and enriching its citizens. He contributed in many ways over the years, from serving on the Enterprise City Council and as the city Mayor, to being a driving force behind many community events and causes, to simply donating his time at the Senior Citizen Center or at the school helping young students learn to read and count.

Hiking and experiencing the beauty of the outdoors always brought him peace and were his favorite hobbies. His truest joy came from family and being with his three treasured granddaughters: Alivia and Adalyn Clay, and Kara Allison Cera Clove.

In lieu of flowers, donations may be made to the Douglas Clove Donation account at Zions Bank or GoFundMe.com to be used to promote education in the community.