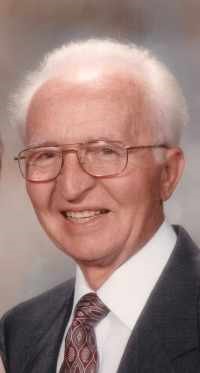 Floyd was called as a missionary in the Central States Mission, serving in Arkansas and Oklahoma and as District President in Kansas (Central Kansas District).

Floyd taught English at the following high school and universities: (part-time for two years, while working on his master’s degree), Brigham Young University, Fresno High School for four years, and Weber State University for 31 years. At Weber State University he held the following positions: Professor of English; Chairman, Department of English, twice; Assistant Dean, School of Arts, Letters and Science for seven years and Acting Dean, School of Arts, Letters and Science. He was president of the Utah Academy of Sciences, Arts and Letters for one year.

Every morning in later years Floyd and Clara did the crossword puzzle, and every evening they had a fiercely contested game of scrabble. Together they wrote a book, Floyd as editor and compiler and Clara as associate editor, “A History of North Ogden: Beginnings to 1985.”  They also wrote “The Floyd J. and Clara (Williams) Woodfield Family History,” a published two-volume work containing more than 500 pictures.

Floyd lived a very active and varied life. During his early years, he lived and worked with his dad, four brothers, and three nephews on his father’s farm. He loved to raise fruit and to harvest crops, to ride horses and drive cattle, and to work hard. During World War II, he volunteered to serve in the Army Air Corps, where he was stationed in Hawaii and Guam. He was a Master Sergeant in the 70th Group Headquarters of the Army Airways Communications System on Guam. He was a member of Rotary and was elected as a member of the North Ogden City Council, serving for two years. He developed some of his land into a large subdivision, named The Grand Legacy, in Pleasant View, Utah. He loved to bowl and to play racketball, and he played golf, two or three times weekly. He never kept his golf score. He and his wife and family traveled widely and went to exotic places such as Hawaii, the Caribbean and Alaska. A novel was Floyd’s constant friend. He loved to study and to teach.

Floyd and his wife, Clara, worked together, always as a team. They worked together in the Family History program during all of their married lives, doing basic research in English parishes and other places and tracing their roots back many generations on their pedigreed lines. They did temple ordinances and sealings for hundreds of their ancestors. Floyd has placed a complete family pedigree into the new church program called Family Tree. It contains hundreds of photos and documents and many histories of parents and ancestors written by Floyd and Clara. Family and Family History are the center of Floyd and Clara’s life.

Private family services will be held. Floyd will be laid to rest next to his wife, Clara at the Ben Lomond Cemetery, North Ogden, Utah.