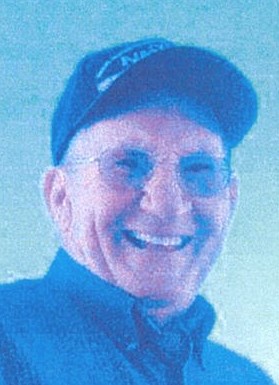 Merrill was raised in St. Charles, Idaho and was the youngest of eight brothers and sisters. He graduated from Fielding High School in Paris, Idaho. After graduation, he moved to Los Angeles, California where some of his brothers and sisters had moved previously. Merrill joined the navy in 1951 and served until the end of 1954. He married Mary Hamilton on Jan. 7, 1955, in Magna, Utah and they immediately moved to California.  Their marriage was later solemnized in the Los Angeles Temple on Dec. 18, 1965.

He worked for a decal printing company his first few years in California. This was not challenging enough so he went to work for Farmers Insurance as a sales agent. Having no prior training in sales, Merrill was very successful and later became a District  Manager. He retired at 55 but did not like being idle, so with his wife Mary they opened an auto brake shop. After several years they sold the business and moved to St. George.

He was an avid golfer and spent many days on the golf course. He also enjoyed fishing, boating and being outdoors.

Merrill and Mary served a mission for The Church of Jesus Christ of Latter-day Saints at the Visitor Center and Historic Sites in St. George, Utah in 2005-2006.

Interment will be at the Veterans Memorial Cemetery in Boulder City, Nevada at a later date.

Friends and family are invited to sign Merrill’s online guest book at www.spilsburymortuary.com