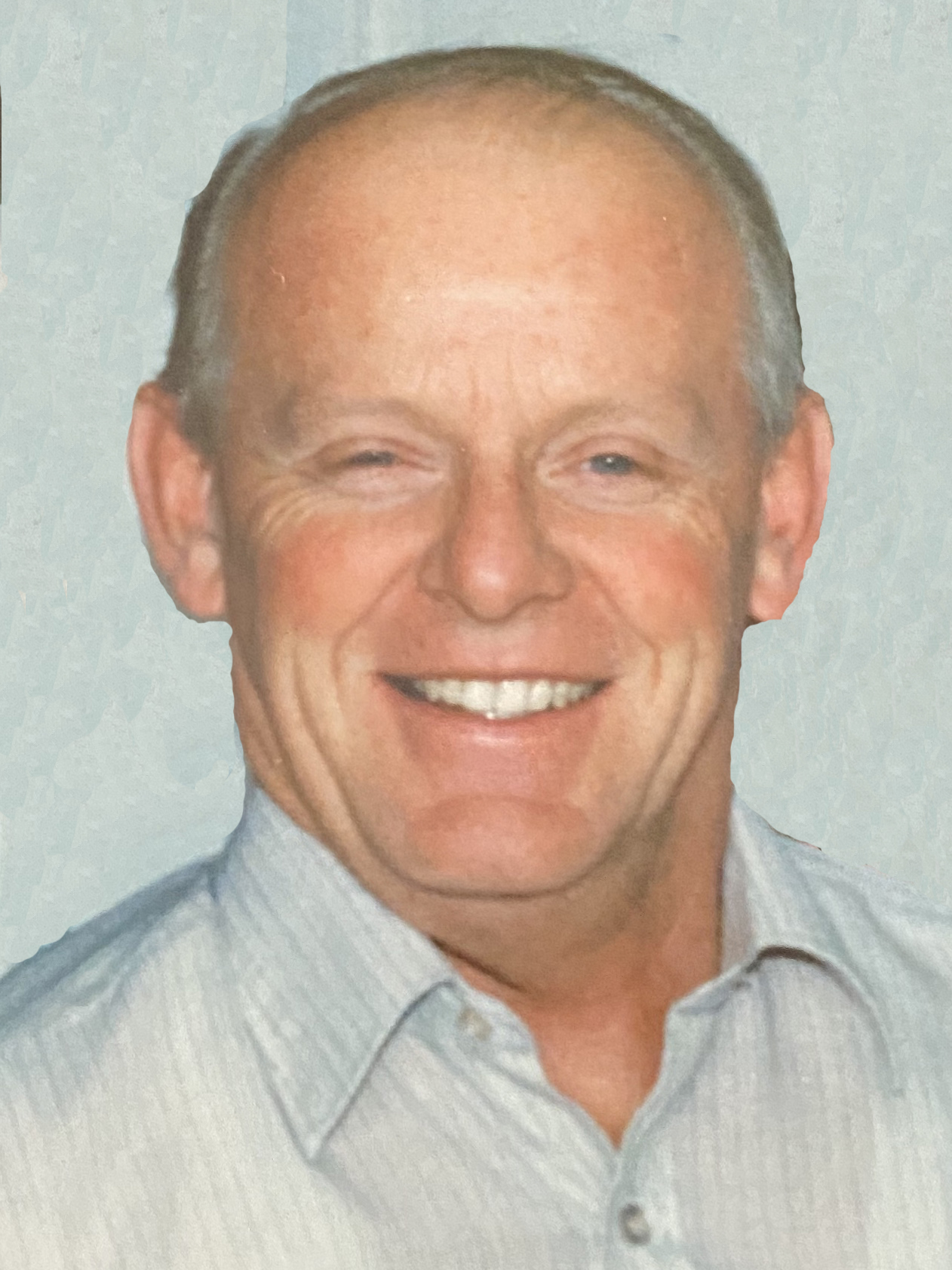 Alan LeGrande Harris, 84, of St George, Utah, died peacefully at his home on May 23, 2020, of acute leukemia. He was the son of LeGrande (Lee) Harris and Leah Moore.

After a special airplane trip with his father, 10-year-old Alan became hooked on airplanes. He began riding his bike about 10 miles to and from the Provo airport. At first, he just stood around and looked at everything; then he was told to “get busy” and help clean up. He later graduated to the task of fueling planes and then helped rebuild wrecked planes. That training helped him develop carefulness in any job that he undertook. Finally, Mike Jense, owner of Central Utah Aviation, began teaching him to fly. He soloed his first airplane on his 16th birthday, got his pilot’s license on his 17th birthday, and soon after, asked his high school girlfriend, Jill, to go fly with him. They “dragged” Center Street, in Provo, 2,000 feet above the boys cruising in their “cool” cars.

Alan was educated in Provo City schools: Franklin Elementary, Dixon Junior High, and Provo High School. He then went to BYU until he joined the Utah Air National Guard and went to Aviation Cadet training, the predecessor of the Air Force Academy. While there, he soloed his first jet airplane, a T-33, on his 21st birthday. With graduation and commissioning from Cadets, he was able to marry his sweetheart, Jill Clarke, Oct. 3, 1957, in Provo Utah.

In Advanced Flight Training, he flew his much-loved F-86 Sabre Jet and then returned to the Guard unit where he continued in the F-86 for several years. As the Guard unit became needed in the Vietnam War, its mission changed to flying cargo planes to supply the war zone troops. Alan retired from the Utah Air National Guard as a Major with 20-plus years of service. In 1963, Alan was hired as a pilot for Frontier Airlines and flew with them as First Officer and Captain. Continental Airlines acquired Frontier and Alan flew left-seat until he retired in Cleveland, Ohio in 1996. He then moved to St. George, Utah with his wife where he lived through his last illness.

During his airline career, the family lived in Provo, Utah; Salt Lake City, Utah; Billings, Montana and then American Fork, Utah where they raised their family of four children, Allison, David Alan, Craig Clarke, and Christie. Alan was given the Tribune’s “Best of State” award for having a beautiful garden, which he developed by his own hard work with a rake, a tiller, and a shovel until it was spectacular. He created a wide stream meandering in it along walkways, bridges and gardens. Many family and neighborhood parties were held at their American Fork home with kids floating down the stream on inner tubes.

When hired by Continental, the empty-nester couple moved to Cleveland Ohio where they were able to fly to the many places their families had moved. They went to England, France and Japan as well as several places in the United States to visit their grandchildren. They also enjoyed traveling all over the United States, Europe, China, and Australia with their long-time friends, the Ences and the Peays.

Upon retirement, Alan set out to be a service to others, telling widows and single women in the neighborhood (and many others in need) that they could call him first with problems and, most times, he fixed what was needed without having to call professionals.

He was active in The Church of Jesus Christ of Latter-day Saints. He was sealed to Jill on Dec. 19, 1958, in the Salt Lake Temple; served faithfully in any calling, and was called on a senior mission with Jill in the Nebraska Omaha Mission, growing to love the people of the Glenwood, Iowa Ward in 2001-2002.

His final illness was fast and he was placed into hospice care at his home. His sons and daughters helped their mother care for him with love and tenderness. We wish to thank hospice caregivers for their unique service. We thank Pat Archebeque and Roland Chambers for coming to our aid and lifting our spirits when we needed them. We also wish to thank numerous friends who gave such tender care in so many ways.

Alan was the older brother that his sister and two brothers looked up to when they were young. They were the siblings Alan looked up to as adults who cared for their widowed mother, Leah, and became exemplary citizens and neighbors.

Alan is preceded in death by his parents; his daughter, Ann; daughter-in-law, Cheryl Lynne Markham Harris; and by his grandchildren, Bradley Michael Harris and Sirana Jehzell Johnston.

Alan died courageously and peacefully with a faithful heart after completing his 84 years plus eight hours with his family around him at 8 a.m. on Saturday, May 23, 2020

A live stream of the funeral will be available to all interested at metcalfmortuary.com. Alan will be interred on a later date in the American Fork Cemetery with a family service.

Arrangements entrusted to the care of Metcalf Mortuary, (435) 673-4221. Please visit our website at www.metcalfmortuary.com for condolences, complete obituary, and funeral listings