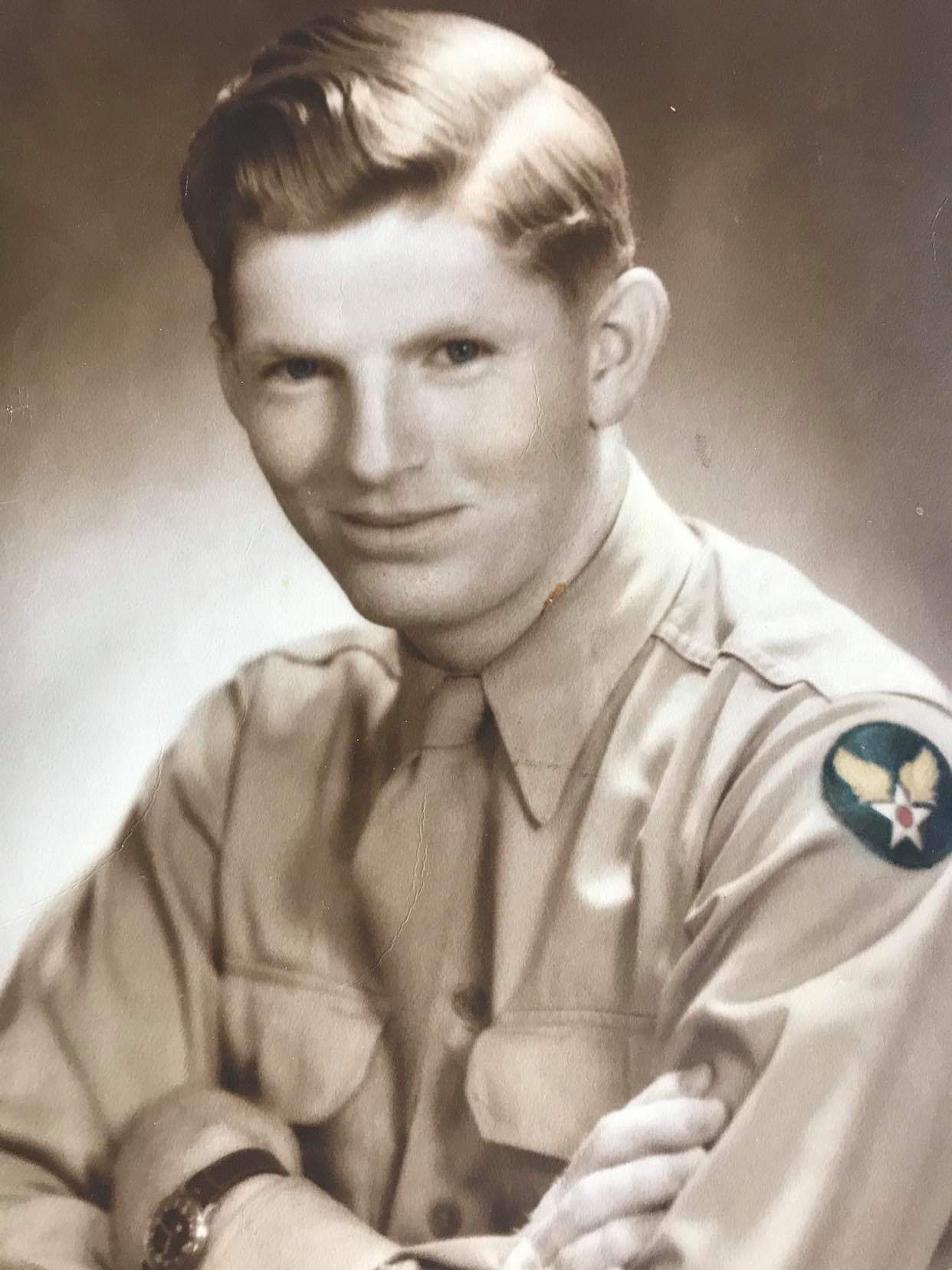 There is no Grandpa without his wife, Pauline, Grandma. On a spring evening many years ago, Grandpa made a ring from some wire and a shard of glass and proposed to Grandma. She traded it for a more conventional wedding ring on June 9, 1943, in the St. George, Utah, LDS temple. She passed away in 2005, and Grandpa has missed her every day since.

Grandpa worked hard and rarely complained. Soon after he was drafted into the Army during World War II, a sergeant asked Grandpa’s opinion on the war. Grandpa said he didn’t know. He had been working every day from 2 a.m. to sundown and didn’t have time to take a newspaper or listen to the news. Later, Grandpa took a battery of IQ tests designed to identify potential Army pilots. He scored 136, squarely in the “Highly Gifted” category. Grandpa was unassuming, but he was always sharp.

While raising his family, Grandpa farmed, built fences and houses, worked in an iron foundry, and did other sundry jobs. But his work didn’t define him. His character did. After Grandma’s dad had a stroke, Grandpa and Grandma prayed. Then they got up, sold their dream home in California, and moved to Idaho to care for Grandma’s ailing parents. Giving up what he wanted for someone else’s benefit was just like Grandpa.

Grandpa retired in 1987 and built another dream home in Utah near family. Within a year though, he and Grandma felt called to set aside their own comforts to serve a two-year LDS mission in Pennsylvania. It was a highlight of Grandpa’s life, and Grandpa was a highlight for the many people who felt God’s love through his Christlike service. He always seemed to know what Jesus would do, and then he did it.

In his life history, Grandpa wrote about standing at his living room window one evening when his kids were young, looking out on the beautiful world, wondering why the Lord had blessed him so much. We who knew Grandpa know the answer — he saw blessings everywhere he looked. It never mattered what happened, what trial or problem might crop up. It was all a blessing. And so was Grandpa.