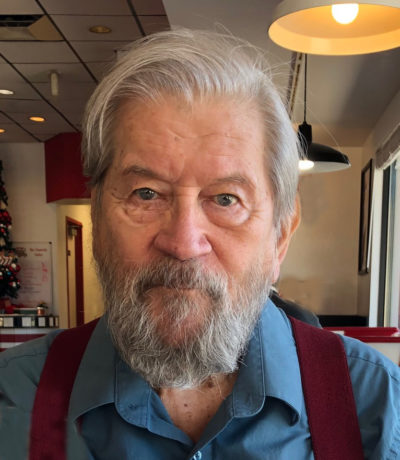 William Lee Davies passed away peacefully at his home in St. George,  Utah, with his wife Ursula at his side. Bill was born on June 23rd, 1938 in Los Angeles, Calif., to William Hyrum Davies and Donna Leatha Winger. He was the oldest of 13 children.

On June 30, 1960 he was married to Lorraine Kay Pyatt. Together, they had four children Helena, Sherrie, David and Kevin. They were later divorced.

On Sept. 25, 1982, he married Ursula Michel Kalke. They were sealed in the St. George Temple in October 1983. Bill was the step-father to her two children, Steve and Larry.

Upon graduation from Rancho High School in 1959, he honorably served in the U.S. Navy until 1962. He was dedicated to providing for his family and served long-term as a maintenance engineer for the Hilton Hotel Corporation.

Upon retirement, he owned and operated a mobile pressure washing service for several years.

He was known for his generosity, kindness and patience. He always had candy in his pockets and was eager to share with his grandkids, nieces and nephews. He had many hobbies that later helped him serve an honorable mission in the SA Cape Town mission for the Church of Jesus Christ of Latter-day Saints. Serving this mission with Ursula along with the friendships made there were the joy of his final years.

Interment will be held at the Tonaquint Cemetery.