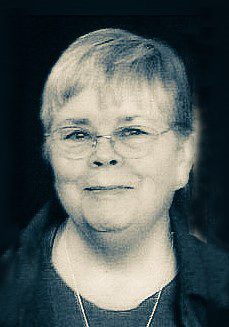 Janet Grigg Taylor, 73, passed away surrounded by her family on Friday, May 8, 2020, after a 10-year battle with strokes and dementia. Janet was born Sept. 1, 1946, in Logan, Utah to William Errol Grigg and Grace Skablund Grigg. Janet married G. Evan Taylor on Nov. 22, 1967, in the Mesa, Arizona temple. They had six children and had an enduring marriage until Evan’s death in 2005.

Janet grew up in Arizona. She lived in Wickenburg, Mesa, and the Phoenix metropolitan areas. She moved to St. George, Utah in 1979 and lived there the remainder of her life. She attended West High and graduated from Alhambra High in 1964 at the top of her class. She attended Phoenix Junior College and Arizona State University and completed her associate’s degree at Dixie State College. Janet received her bachelor’s and master’s degrees in elementary education from Southern Utah University, as well as her professional teaching degree. Janet had a major in fine arts and a minor in language arts. She had a freelance art business, Taylor Creative Design, in Phoenix and St. George. She also taught elementary school for 20 years at Washington Elementary and was the school’s art specialist. Janet was the Washington County District Fine Arts Coordinator/leader for five years.

Janet was a member of the LDS Church and received multiple individual religious awards. Janet, and her husband Evan, served a two-year church mission at the Purgatory Prison. She also held multiple callings in the LDS church over her lifetime. She received the Utah Art Education Association Art Educator of the Year award and multiple awards in competitions for her artwork. She also illustrated books and sold her art professionally. Janet enjoyed sewing, reading, singing, playing the piano, music, writing poetry and fiction, drawing, painting, ceramics, photography, drama, and had a lifelong love of art. Janet was a devoted wife, mother, grandmother and great-grandmother. She loved her family, teaching, chocolate and a good laugh.

We would like to give a special thank you to our sister Kathee, who was our mother’s caregiver, and who she lived with for the last seven years of her life after she developed dementia. We would also like to extend our thanks to Applegate Home Care and Hospice.

Please go to the following website (https://m.facebook.com/Janet-Grigg-Taylor-113748656991522/) and leave a memory of our mother as a tribute, since we cannot hold services at this time due to the Covid-19 restrictions. Immediate family held a graveside service at Tonaquint Cemetery in St. George, Utah on Wednesday, May 13, 2020.

Arrangements have been made under the direction of Spilsbury Mortuary, 110 S. Bluff St. St George, Utah 435-673-2454. You are welcome to sign her online guestbook at www.spilsburymortuary.com