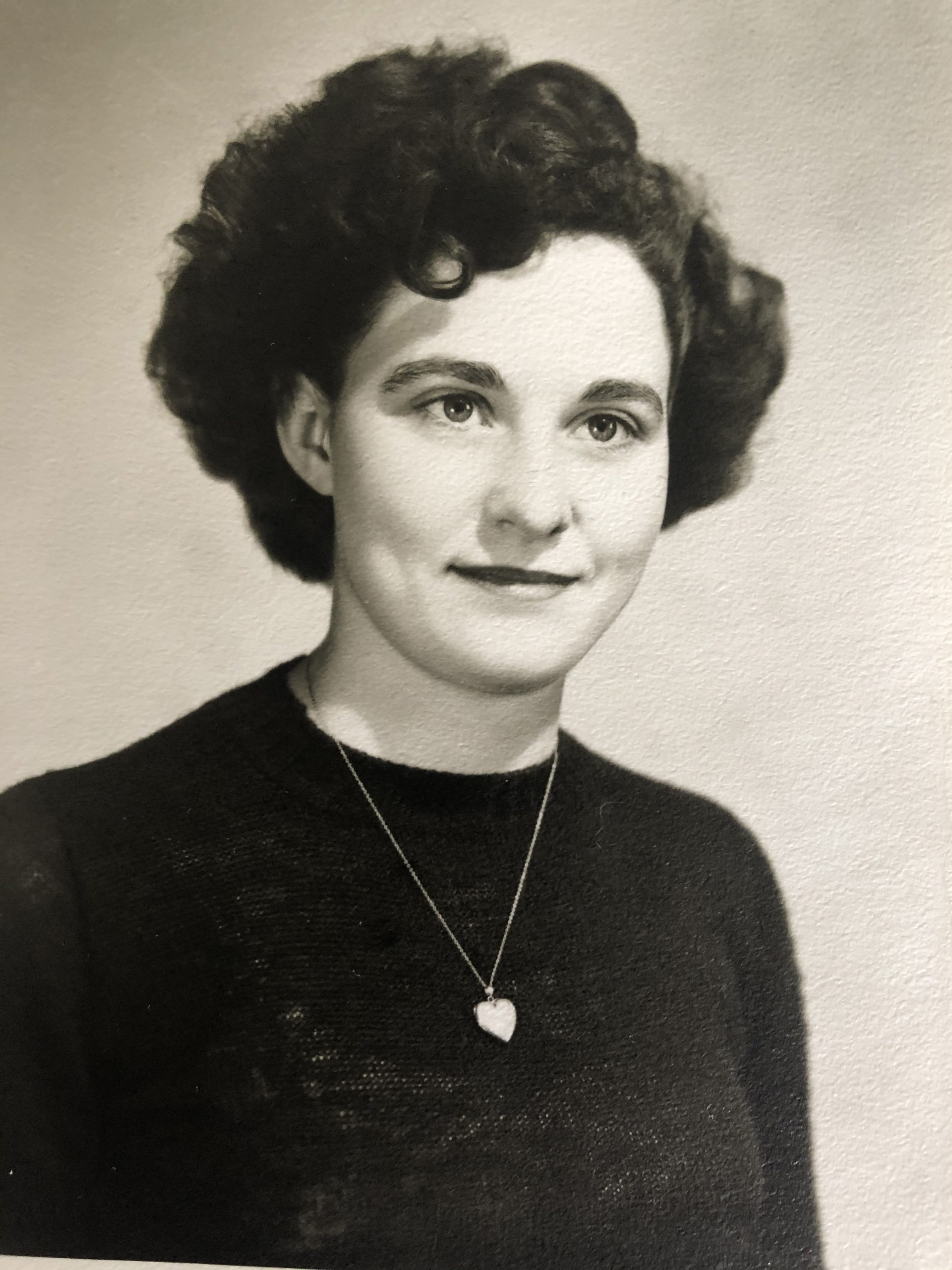 Our cherished mother, Ila Mae Hatch Crabb, 91, died suddenly and unexpectedly on May 9, 2020, of natural causes related to age.

A resident of Ivins for the past 26 years, Ila was born in Panguitch on April 14, 1929, to Houston Hatch and Lois Mae Tebbs Hatch. She spent her childhood years in small-town Utah nurtured by extended family against the backdrop of the Great Depression and WWII. Her father was a sheep rancher, and every summer, Ila’s family moved to the summer ranges at Asay Creek and the ranches on Cedar Mountain (the Mammoth and Castle Valley) where they worked and played. She was placed on a horse at 5 years old and became an excellent rider keeping pace with her older brothers.

During the school year, Ila participated in many school and town events including ball games and dances. At the Panguitch Deer Hunters’ Ball in 1945, when she was a teen, a handsome young sailor in uniform caught her eye. The feeling was mutual for Keith Walter Crabb of Antimony who recently had been discharged from the Navy after four years and seven battles aboard a destroyer in the Pacific Arena. After a short courtship of picnics with friends at Red Canyon and Bryce Canyon, she and Keith Walter Crabb eloped to Fredonia, Arizona and were married on May 22, 1946.

After several years in Panguitch, the couple was attracted to the booming Las Vegas job market in the early 60s. There they raised their family of four children and thrived for more than 30 years. Ila earned her cosmetology degree and later worked as a bookkeeper for title companies and dental offices. Ila always enjoyed family picnics and outings. But whenever time allowed, the family headed back to the family homestead on Cedar Mountain where they felt most at home among the quaking aspens and pine.

Ila was an active member of The Church of Jesus Christ of Latter-day Saints her entire life and served in many capacities, but she especially enjoyed her callings as a teacher, Stake Historian, and her Stake Mission involving name extraction. Her family was sealed in the St. George Temple on Jan. 4, 1964.

After Keith and Ila retired, they relocated to Ivins, Utah, where they spent many happy years together with family nearby. After 65 years of marriage, Keith passed away at age 91 in 2011. Ila continued to live an active lifestyle –remaining strong, independent, alert — and able to drive and to maintain her home and yard until the very last moment of her life.

Ila left her family with an abundant number of her handmade treasures. Her hands were constantly busy with sewing projects. She gifted hundreds of quilts to family members over the years. As long as there was a scrap of fabric to be found, she felt obliged to work it into a quilt. But her real specialty was her extraordinary, meticulous embroidery work. Her homemade pioneer egg noodles were the highlight of every holiday dinner. Her greatest love was her family and family gatherings. She was an advocate for her grandchildren who were especially fond of her. They found her “tell it like it is” style endearing and fun.

In consideration of current community health concerns, a graveside service for family only will be held at the Ivins City Cemetery.

Arrangements have been entrusted to the care of Metcalf Mortuary (435) 673-4221. Please visit our website at www.metcalfmortuary.com for condolences, complete obituary, and funeral listings.