Interior of home and windows blow out from fire that starts in ski boat parked next to residence off of Arrowhead Drive in Mesquite, Nev., May 4, 2020 | Photo courtesy of Captain Spencer Lewis, St. George News

ST. GEORGE — A fire that started in a ski boat spread to a residence within minutes, leaving the boat destroyed. But thanks to the quick response by the Mesquite Fire Department, crews arrived in time to spare the home from being destroyed in the blaze.

Shortly before 7 p.m. MDT, firefighters were dispatched to a residence off of Arrowhead Drive in Mesquite on a structure fire that reportedly started in a ski boat that was parked next to the home and spread to the structure quickly, Mesquite Fire Captain Spencer Lewis said.

“That residence was right in the middle of town, and the boat was parked very close to the structure; there was barely enough room to walk between the two,” Lewis said, adding the fire didn’t have far to go until it reached the outside wall of the home.

Crews from Beaver Dam Littlefield Fire and Rescue in Arizona were also dispatched to the scene to assist.

Fire crews arrived to find smoke coming from the residence and reported hearing “popping noises” as the engine pulled up, Lewis said, which is typically caused by the windows shattering when the frame buckles from the heat.

Firefighters doused the boat, which was fully involved in flames. The top of the home near the attic was also doused with water to prevent the fire from spreading throughout the residence.

Lewis said the boat was extinguished in just a few minutes, and fire crews tackled the blaze that had started to spread from the exterior wall to the inside of the structure. They were able to extinguish the active flames rapidly without using an enormous amount of water to do so.

“That’s a good thing for the homeowner too because it reduces the amount of water damage to the home,” Lewis said.

The homeowner told fire crews that he was working on his ski boat and had just completed a mechanical repair when he decided to start the engine to make sure everything was fixed. As soon as he did so, however, a fire erupted and grew quickly, which is when he grabbed a garden hose and started dousing the flames. He was soon joined by his neighbor who also grabbed a hose to assist.

With the blaze spreading quickly, the homeowner called 911 within minutes of the fire starting.

Beaver Dam Littlefield Fire Chief Jeff Hunt said the crews in Mesquite had the fire out “very quickly.” In fact, “they had the flames out even before we rolled up to the scene,” he said.

The fire destroyed the ski boat, and the residence sustained some damage to the interior of the structure from both flames and water. On the exterior, the heat from the flames melted and discolored some of the stucco on the side closest to where the boat was parked, as well as some damage to a few of the trusses that support the roof.

The cause of the blaze was mechanical in nature, Lewis said, but the estimated costs associated with the fire have yet to be determined. 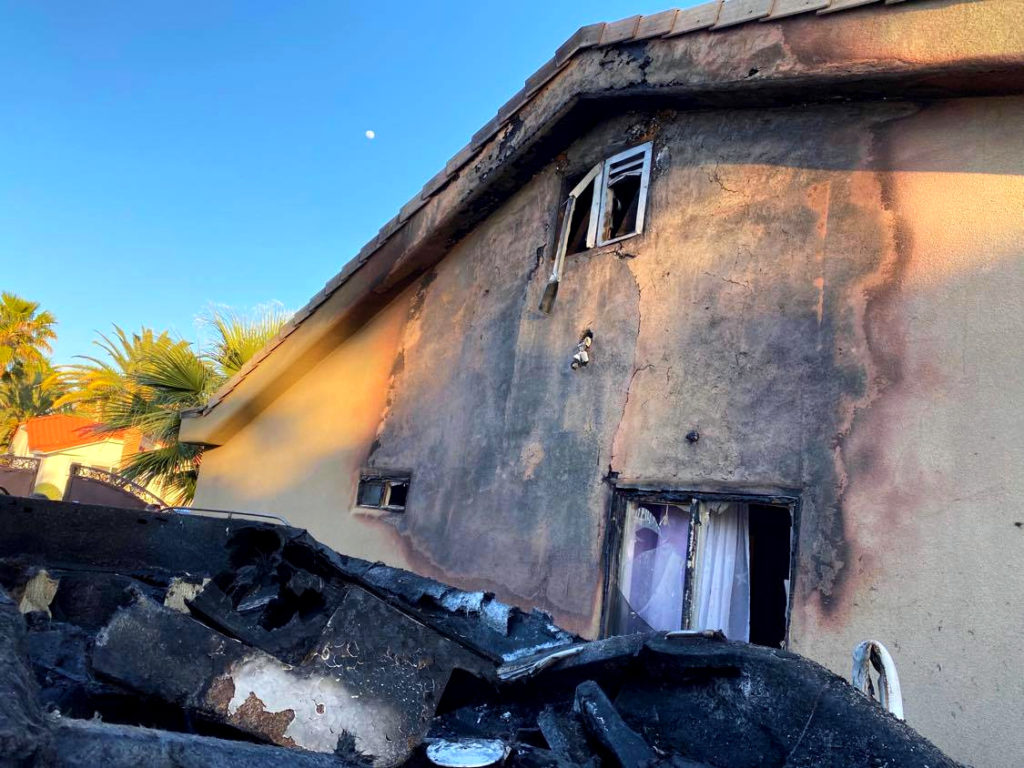 Interior of home and windows blow out from fire that starts in ski boat parked next to residence off of Arrowhead Drive in Mesquite, Nev., May 4, 2020 | Photo courtesy of Captain Spencer Lewis, St. George News 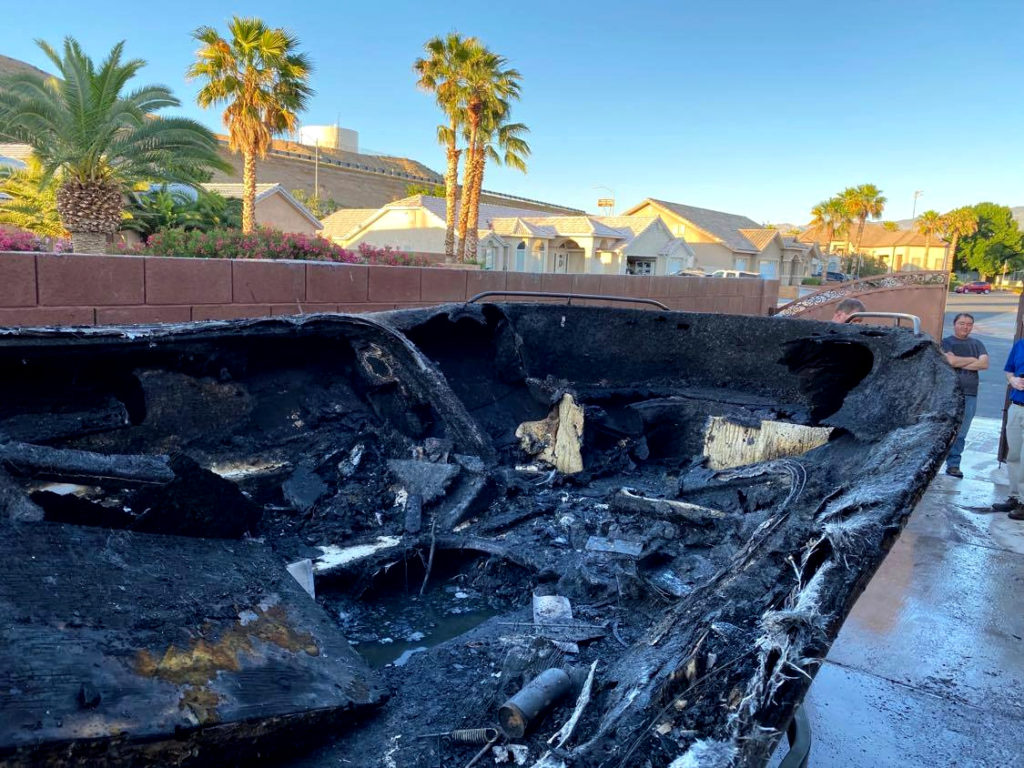 Ski boat is destroyed in a fire that spread to a home off of Arrowhead Drive in Mesquite, Nev., May 4, 2020 | Photo courtesy of Captain Spencer Lewis, St. George News