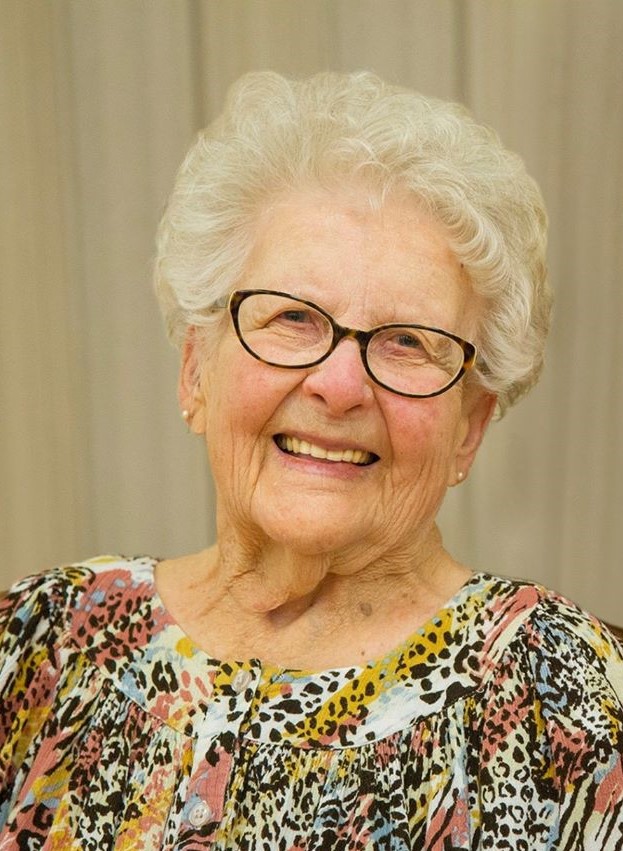 Donna Will Brown Schaefer was a wonderful combination of southern genteel and mid-western simplicity. She passed away peacefully in the home she shared with her daughter in St. George, Utah, April 23, 2020, just shy of her 100th birthday.

Donna was the first-born child of Donna Matilda Clanton Brown and James William Brown on May 8, 1920, in Cordele, Georgia, and was raised in Lakeland, Florida, where she cultivated a love of water and the beach. One of her favorite things was to sit on the beach under a big umbrella with a good book and enjoy the sights, sounds and smells of the ocean.

Donna absolutely loved to read. She walked by herself to the library as a young girl and hid under her covers with a book and a flashlight at night. She has read her favorite book, Les Miserables, in both English and French, though her all-time favorite author was John Grisham. She excelled in school and graduated with distinction from Florida State College for Women with a double major Social Work and Political Science in 1943. Her favorite course was Constitutional Law. She planned to move to Washington, D.C. and pursue a career in politics, but her plan was intercepted by a charming soldier, Corporal William “Bill” Schaefer, who courted and married her in 1943.

Donna moved to L.A. with Bill, who was transferred there, and while working at the Ration Office she soon became pregnant with their first child. Donna moved in with Bill’s parents in Indiana when Bill was deployed to Europe for D-Day, and when he returned their first child, William (“Skip”) was 18 months old. The next child, Carol, was born less than a year later in a hospital so crowded there were beds in the halls! Donna and Bill had five more girls (Catherine, Cynthia, Christine, Cherie and Celeste) while in Indiana, and Donna spent several years raising her children on a small farm.

The family relocated to Cambridge, and then to Zanesville, Ohio, where Donna used her training to begin a career in social work with the State Hospital, then Muskingum Co. Children’s Services, eventually becoming the Director of the Muskingum Co. Children’s Services. She later worked at the Muskingum Co. Juvenile Court as well. Sometimes, Donna would “bring her work home with her,” and her children remember often waking to find one of Donna’s wards sleeping on the living room sofa while Child Services worked to find another safe place for them.

In Zanesville, Donna gave birth to twin boys, John and James, bringing the total to nine children. Donna and Bill were devoted to their family, and this led them to join The Church of Jesus Christ of Latter-day Saints while in Ohio. Donna served in many positions including Relief Society President and Junior Sunday School President. Even after Bill passed away in 1971 and Donna continued to raise their children alone, she remained a devoted member of the church, serving a proselyting mission in Montreal in 1986, and a few years later, at the Washington, D.C. temple. She loved to read about church history and theology and visited several church histories sites.

Donna remained quick-witted and pleasant to the last moments of her life. She lived independently into her 90s in St. George, Utah, before moving in with her daughter, Celeste. She once said her favorite tree was the olive tree “because they can survive in almost any climate, have a long life, and give much nourishment.” Her family remembers her possessing these qualities, and also being a peaceful woman, much like the symbolic olive branch.

Due to the recent health mandates for travel and gatherings, there will be a graveside service for family only. We ask that friends and family visit the Facebook group, Donna Schaefer Memorial, to share memories and messages. In lieu of flowers, please make donations to your local library.