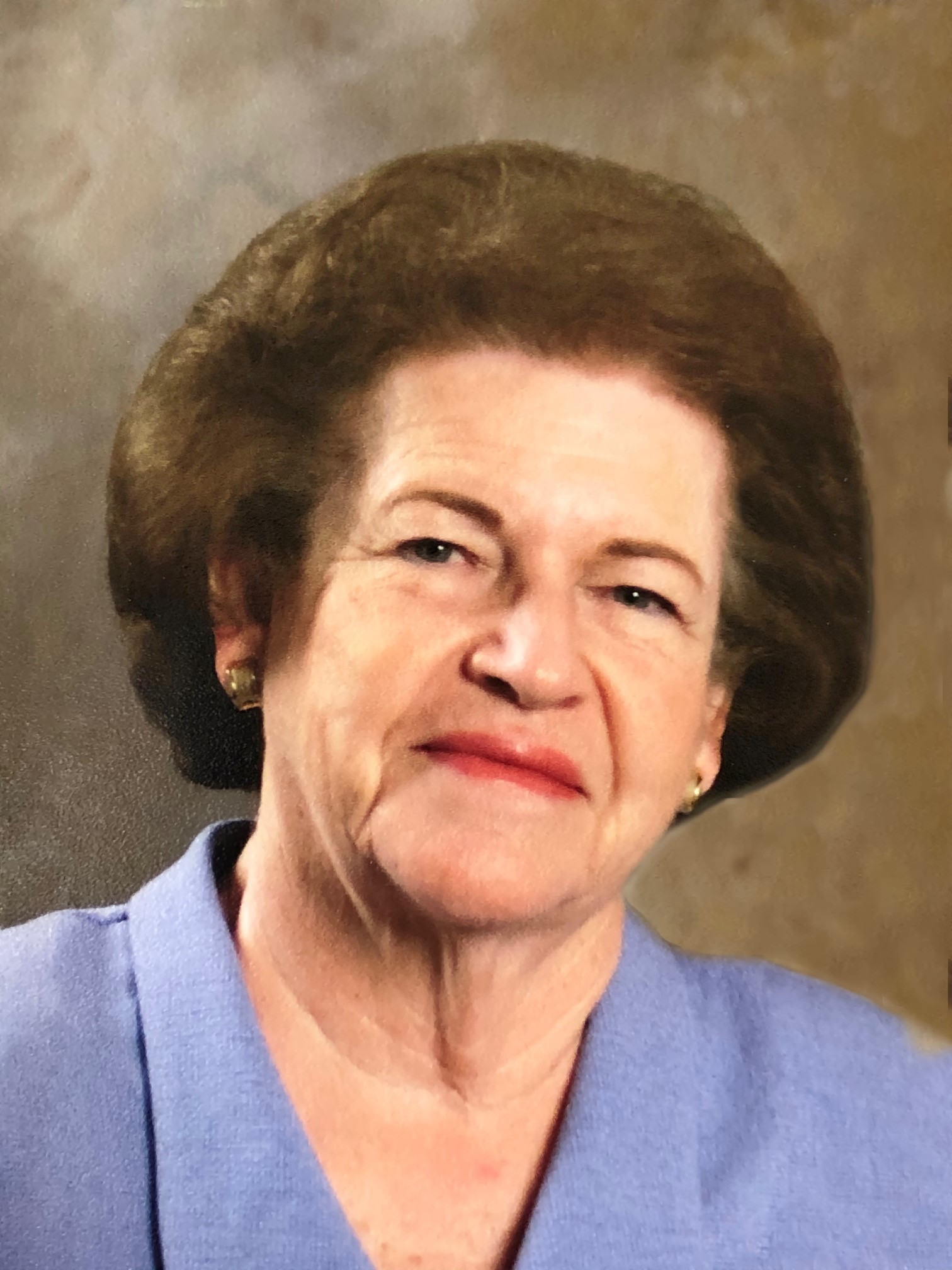 Ferris Mathis, 85, passed away peacefully from natural causes with her family gathered (some virtually) around her on Monday, April 20, 2020. She was born the middle of five children on Aug. 18, 1934, to Mifflin Morris and Annona Hirschi Kleinman. Her father’s death when she was only 10 had a profound and lasting impact on her. Through the years, as Ferris assisted her widowed mother with the immense responsibilities of providing for and raising a family, she learned perseverance, determination and the necessity of hard work. The two of them forged a unique bond that remained strong throughout their entire lives as they cared for one another.

Ferris danced and cheered her way through grade school and graduated from Hurricane High as a loud and proud Tiger. That fall she, and five close girlfriends, packed their bags and moved 17 long miles to the “big city” to attend Dixie College. After her first year, while decorating for a school dance, Ferris met a handsome ball player named Richard (Dick) Mathis. They began dating and shortly thereafter were sealed in the St. George Temple on June 2, 1954. Over the next few years, Ferris honed her secretarial skills while Dick finished school at Dixie and BYU.

In 1959, following a brief two years in California, Dick and Ferris returned to be near family in St. George and built what would become their forever home on the edge of town — 600 south. They raised their family on that wide, welcoming street, in a neighborhood full of young children. And there they’ve remained for the past 60 years. Loved and supported by the most wonderful neighbors who, like them, have been there from the beginning.

Ferris flourished as a homemaker. She was a meticulous seamstress — a skill learned from her mother. She spent hours creating countless dance costumes, prom dresses, and outfits for special occasions such as Easter and Christmas. It’s been said you could wear whatever she made inside out because the clothing was as beautiful and perfect on the inside as it was on the outside. It was not unusual for her to be putting the finishing touches on her daughter’s formals after they were already zipped into them and their dates were ringing the doorbell. The only job she ever held outside the home was at Camelot Fabrics. There she was in her element and brought home drawers full of fabric in lieu of a paycheck. She was also an exceptional cook and worked tirelessly to provide three delicious meals a day for her family. Ferris perfected the Sunday pot roast, Thanksgiving dinner with all the trimmings, and also enjoyed a good hot dog roasted on the Red Hill. She delighted in sharing food with her neighbors, family, and even an occasional repairman. Her monkey bread and homemade root beer are legendary.

A clean and orderly home was a top priority for Ferris. She adhered to a rigid cleaning schedule with the precision of a drill sergeant. Nothing and no one could keep her from doing laundry on Monday, bathrooms on Tuesday, and dusting and vacuuming on Friday. Of course, her kids learned to clean right alongside her. They were trained to NEVER throw clothes on the floor and ALWAYS make their bed. Without fail, she spring cleaned the entire house every single year, and oft-times stated that she must surely be the last person on the planet who would continue to do such a thing.

Later in life, Ferris continued developing her talents by taking up organ lessons, making porcelain dolls, and piecing quilts. She thoroughly enjoyed playing her fancy organ with Dick as her permanent resident audience, and occasionally to the delight of her visiting grandkids. She was the ultimate grandmother showering her grandchildren with homemade clothes, dolls, blankets, and holiday packages sent to those living far away. One of many beloved traditions she started was giving each grandchild a special Christmas ornament every year. The older kids have accumulated quite a collection — each one a cherished memento.

Ferris was a faithful member of The Church of Jesus Christ of Latter-day Saints and served diligently in every calling that came her way. She loved accompanying the primary children and serving as the ward music director. She was a true minister never passing up an opportunity to feed, comfort, and love those around her. Ferris and Dick served a Member Locator Mission where they had dear friends and memorable experiences. However, without question, she loved serving her family the most. She sacrificed time and means to ensure her children had every opportunity imaginable and supported them in each and every pursuit.

The family would like to thank Ferris’ neighbors, friends, and ward members for their many years of love and support. They would also like to thank the staff and aides at the Meadows Memory Care where Ferris has resided for the past year.

Friends and family are invited to sign Ferris’ online guestbook at www.spilsburymortuary.com. In lieu of flowers, the family suggests donations to The Church of Jesus Christ of Latter-day Saints Humanitarian Fund.