ST. GEORGE — A report of a vehicle crash in Washington City set in motion a series of pursuits that continued through two jurisdictions as officers continue searching for the suspect allegedly responsible for the crimes.

The incident began with a crash reported shortly after 3 a.m. when officers responded to a residence in the Washington Fields area on a single-vehicle crash involving a white Lincoln MKX.

Officers arrived to find the vehicle heavily damaged in the front yard of the residence with no driver in sight, Washington City Police Lt. Kory Klotz told St. George News.

“According to witnesses, the car crashed, the airbags deployed and the suspect, or suspects, fled on foot,” he said.

As the scene was being processed, patrol officers began scouring the area in search of a suspect, which is when a second vehicle, a Chevrolet Suburban, was spotted traveling on a dirt road without its headlights on.

As soon as the officer closed in on the vehicle, however, the driver sped off and activated his headlights with the officer in tow.

The suspect turned on Merrill Drive heading toward Mall Drive at nearly 100 mph and driving erratically, hitting traffic cones and crossing the median into oncoming lanes. The vehicle then headed west on Red Cliffs Drive, and at that point, the pursuit was terminated.

“We terminated because the suspect was driving so erratically and going into oncoming lanes, so there were safety concerns there,” Klotz said.

The suspect continued west and was spotted by both St. George Police Officers and deputies with the Washington County Sheriff’s Office. Even the Gold Cross Ambulance crew spotted the suspect and relayed the information to police.

“Those guys with Gold Cross were keeping an eye out and even told us where the suspect was going during the incident,” he added.

Meanwhile, officers were able to get the license plate of both vehicles, the Lincoln that crashed in Washington Fields and the Suburban that later fled from officers. They were unaware that either vehicle was stolen until they contacted the vehicle’s owners, which is when they discovered that both were taken while the residents slept.

Witnesses at the scene in Washington Fields also reported hearing gunfire shortly after the crash, statements later supported by the fact that a handgun was reportedly taken from one of the vehicles — and the subsequent discovery of shell casings and a clip that were found during a search of the area.

As the suspect continued into St. George, he was spotted on 3050 East by police. As soon as pursuing officers got closer, the suspect sped off and “was driving at least 100 mph,” Klotz said, before the short chase was terminated as a safety precaution.

Within minutes, officers were advised that a suspicious vehicle was reported on 2480 East near 350 North, where responding officers found the SUV “with the doors open and the music blaring, but no one in the car,” Klotz said.

The suspect reportedly fled from the vehicle on foot. According to witness statements at the scene, they observed a white male carrying two duffel bags. But bystanders were unable to provide any further details to police.

Klotz also said that once the suspect crashed the first car into the yard in Washington Fields, he fled on foot and then allegedly stole the second vehicle to flee the area, which was where the Suburban was found abandoned in St. George shortly thereafter.

The suspect is still unidentified and remains at large, Klotz said, adding that anyone with information that can help police identify the man involved in at least two vehicle thefts, and possibly a third, is being asked to contact their local police department.

No injuries were reported during the series of incidents. 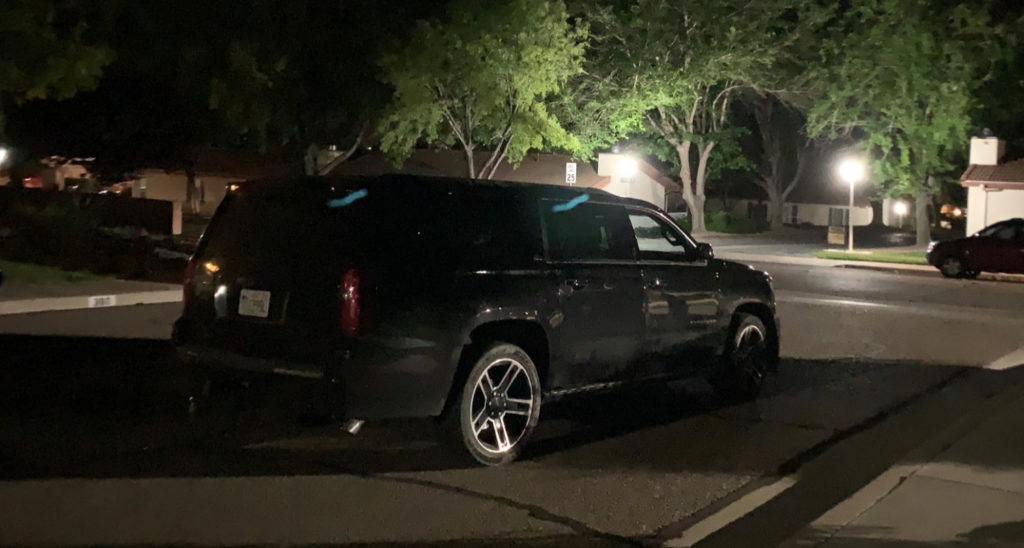 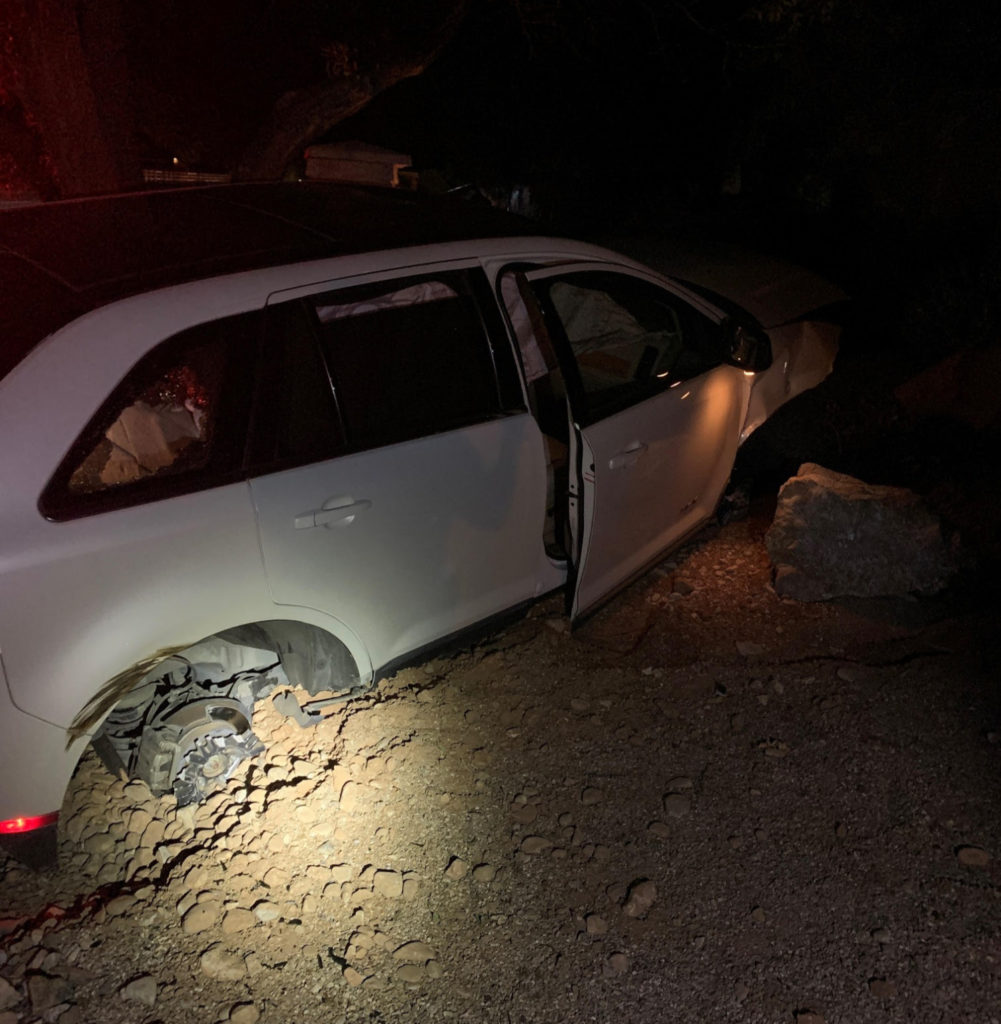 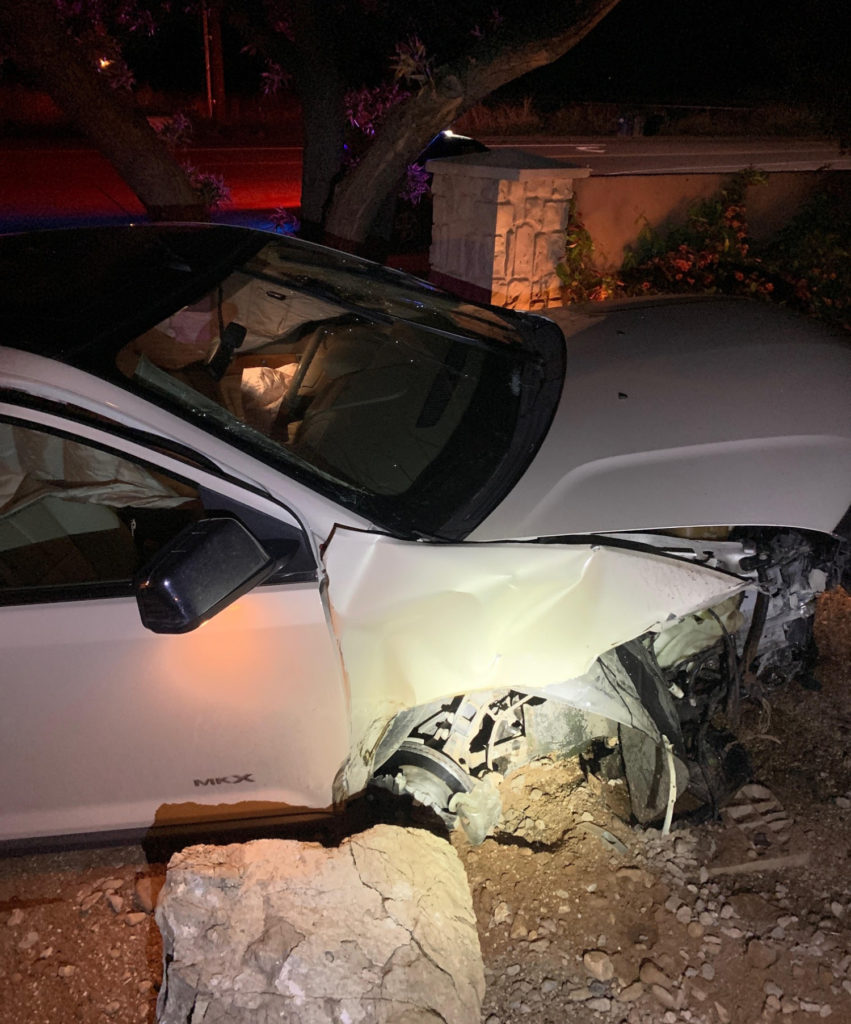 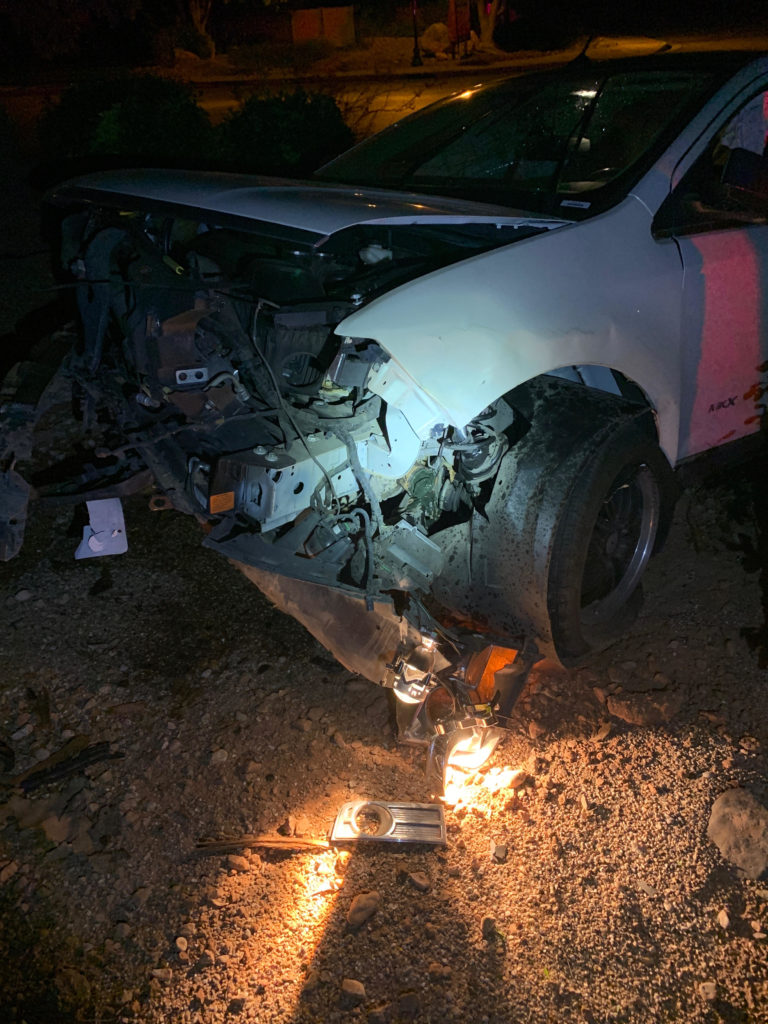