ST. GEORGE — A controlled burn in Santa Clara drew the attention of area residents as large clouds of black smoke were visible for miles while crews on the ground burned debris from behind the Laub Pond Dike retention basin.

“This is something we do every year as the weather and clearing index allows,” Santa Clara-Ivins Fire Chief Randy Hancey said.

The clearing index is used to determine how quickly a pollutant, such as smoke from a fire in this case, will be ventilated through the atmosphere by wind. If the index is low, then it means the atmospheric ventilation is too poor to conduct a controlled burn.

Donned with drip torches and flare pistols, fire crews conducted the annual burn in two stages, the first of which took place last week, and the final burn was performed Monday.

The prescribed burns of seasonal grasses and cattails are important for two primary reasons, Hancey said. The first is to keep the basin behind the dike from filling with silt and clogging drainage pipes in the structure.

“If it gets clogged, it won’t release this water and it will back up and flood,” he said.

The second is to mitigate the high fuel levels created by cheatgrass, an annual invasive grass that grows in the spring and then dies off between late April and June, just in time to provide fuel for the upcoming fire season, as well as other dead brush so it does not become an issue during the hot summer months.

The debris is so dry and dense that it burns very hot and fast and typically sends clouds of thick black smoke into the air that can be seen over a wide area.

The operation did not go unnoticed, he said, and this year there was a spike in the number of calls reporting smoke in the area.

A video that includes clips courtesy of Jeff Germain can be viewed at the top of this report.

The rise in the number of residents calling in to report the smoke was likely due to the fact that residents are sheltering in place because of the pandemic and were home when the burns took place.

“We know that this year a lot of people were aware of it I’d say,” he said.

He attributed the blackness of the smoke to the type of vegetation burned, which burns quickly and gets very hot, he said, as opposed to sagebrush, for example, which has more moisture and acts as a slower-burning fuel.

Fire crews are careful to burn only season growth that is problematic and leave the natural vegetation. The annual burn covered 3-5 acres and is part of the management of the retention basin.

The timing of the prescribed burn is also based on fire restrictions that are typically set in place by mid-May, he said.

Cheatgrass has become a problem across many of the western states as it dries out much earlier than native vegetation, which can lengthen the fire season significantly. Moreover, this type of vegetation grows very close together, creating a continuous supply of fuel, according to a 2018 article in the Sage Grouse Initiative.

The issue of this invasive grass was noticed as far back as 1905 when the U.S. Forest Service recognized cheatgrass as an emerging problem. And 115 years later it has been dubbed one of the “biggest invasive species problems” in the western U.S. and covers an estimated 50-70 million acres, according to the Sage Grouse Initiative. 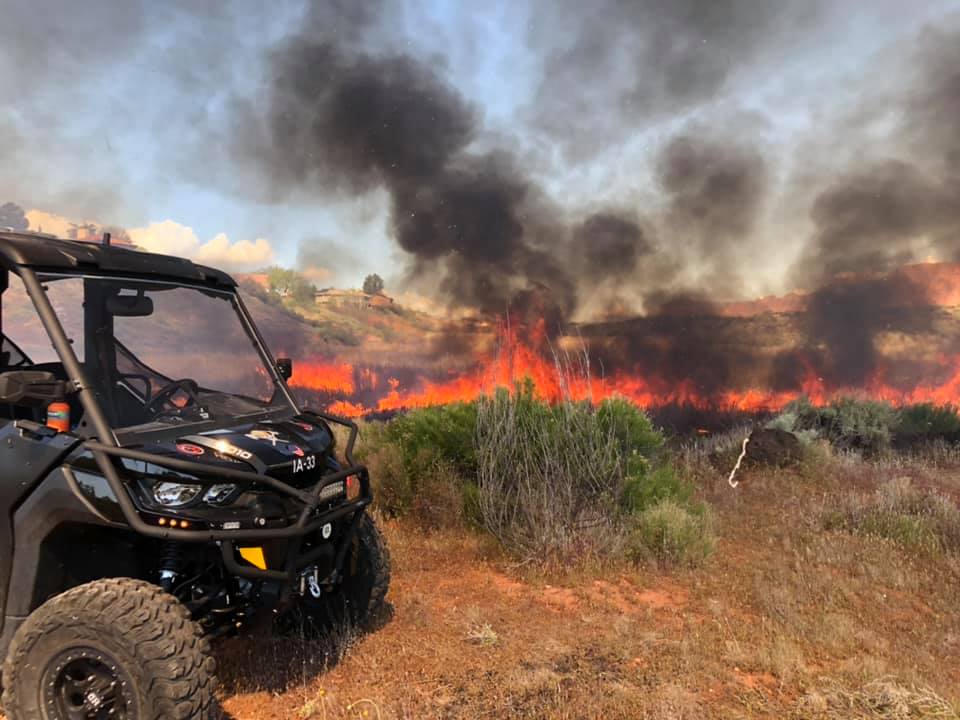 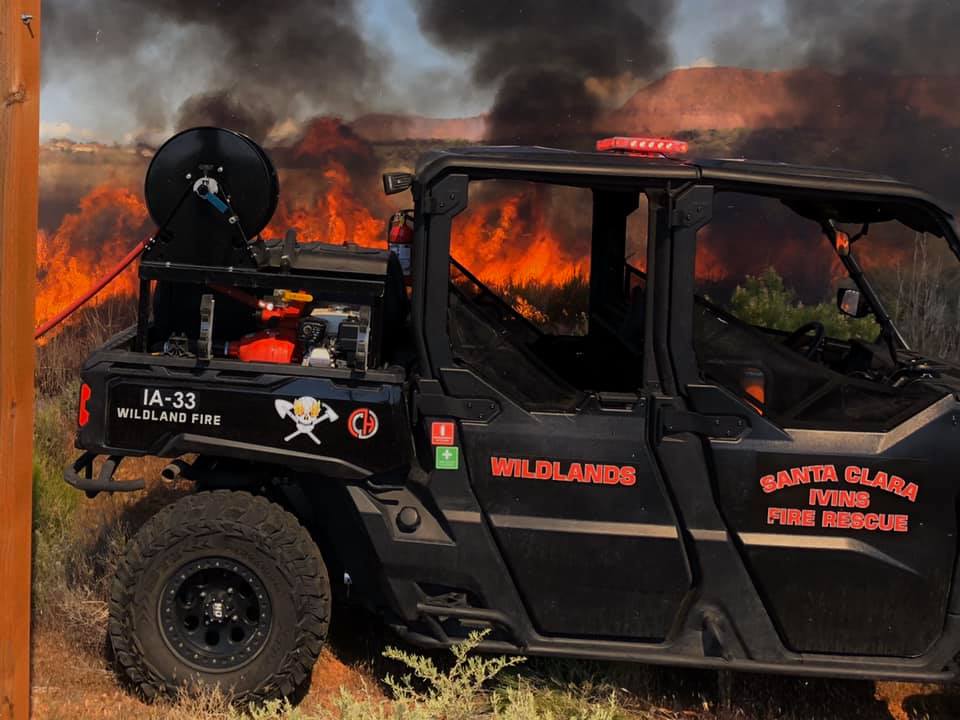