CEDAR CITY — At the Iron County Republican Party nominating convention Saturday, some 170 delegates voted to place GOP candidates on the ballot for the upcoming county commissioner and county assessor elections.

Vying for a seat on the three-member Iron County Commission are Marilyn Wood and Cindy Bulloch. They are both seeking to fill the seat currently occupied by Alma Adams, who is not running for reelection. Wood received 102 of the 170 delegate votes cast Saturday, or 60%, thereby ensuring herself a spot on the ballot. However, Bulloch, who has been the Iron County Assessor for the past decade, has gathered enough voter signatures to still force a primary election runoff against Wood in June.

In the race for Iron County Assessor, Karsten Reed and Rex Dungan were both seeking to fill the position being vacated by Bulloch. Reed garnered 134 of the 170 delegate votes cast, or 78.8%, ensuring himself a spot on the general election ballot in November, where he will likely be unopposed. Dungan was eliminated.

Due to coronavirus-related concerns and restrictions, Saturday’s convention was markedly different than usual, with delegates first participating online via a live streaming session that included short speeches by each candidate. Click here to watch the full video on YouTube.

Following the online meeting, the delegates drove to the parking lot of Canyon View High School, where they marked their ballot choices inside their vehicles. 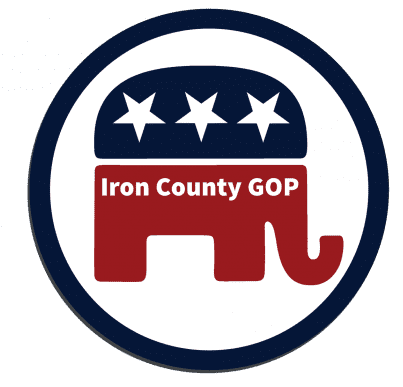 “Delegates remained in their cars where we checked their IDs, ensured they were delegates, then gave them their ballots,” said Iron County Republican Party Chairman Blaine Nay, who added, “This voting process worked smoothly and to the satisfaction of all.”

Nay said despite the challenges posed by the online format, turnout was high, with 136 of 215 appointed delegates participating in the online Zoom meeting and 170 casting votes.

“The online format made it a bit more difficult to conduct the meeting in the normal parliamentary manner, especially knowing that some of the online attendees were likely intimidated by using software they’d never seen before,” Nay added. “Most of the people I spoke to said they missed the fellowship and chances for face-to-face meetings between candidates and delegates that come with a traditional convention.”

The GOP candidate for House District 71, a seat currently held by Rep. Brad Last, will be decided at the upcoming state convention, as the district covers parts of both Iron and Washington counties. Hurricane resident William Billings is challenging Last.

Candidates for state and federal-level offices will also be chosen at the state convention, which is scheduled for next Saturday, April 25. It also will be held in an online-only format this year. Check the Utah GOP website for details. The GOP’s various county caucuses have also been postponed, but rescheduled meeting dates are expected to be announced soon.

Jeff Richards, a native of Salt Lake City with family roots in Panguitch, lived in Moab for 20 years before joining St. George News in 2017. Jeff is a longtime journalist and secondary school teacher. He and his wife Penny are the parents of five daughters. They also have three young grandsons. Jeff and his family enjoy swimming, camping, sightseeing, reading, and taking pictures.

As primary ballots begin to hit mailboxes, Iron County candidates face each other in debate forum

Iron County candidates to face off in debate ahead of primary

‘A dump on both sides of the road’: Boat left near roadside along SR-130 leads to concerns about illegal dumping