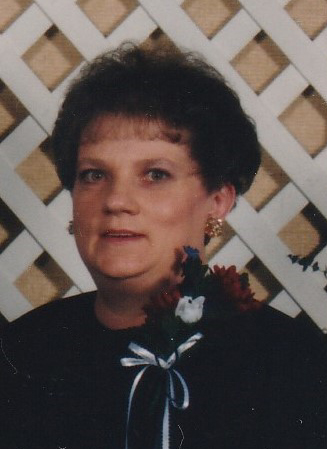 Our sweet wife and mother, Diane Bauer Elmer, age 69, passed away Tuesday, March 31, 2020, in the hospital in Mesquite, Nevada, of natural causes. She was born Oct. 21, 1950, in Cedar City, Utah, the first child born to Clesson Guymon and Helen Munford Bauer.

She married Eldon Blaine Larson, July 18, 1969, in the St. George LDS Temple, and to this union, five children were born; they later divorced.

Affectionately known by her family as “Dine,” she had a happy childhood and especially loved to spend time with her grandparents and many cousins. She had a very special relationship with her Aunt Kathy, who was only a year older than she; they were lifelong best friends. Her dad’s work took her to several places, including Price and Ogden, Utah, then to Montpelier, Idaho, before they finally settled in St. George, Utah at age 15. She attended Dixie High School and graduated in 1968.

She continued her studies at Dixie College, where she met her future husband, Blaine. After their marriage, they spent a short time in Ogden, Utah, where she worked as a nurse’s aide on the Labor and Delivery Unit at McKay-Dee Hospital, which she enjoyed and talked about often, and where their first child, Kirsten, was born. They then settled in St. George, where the rest of their children were born, and they raised their family. She loved being a mother! She took great pride in her home, her children, and their accomplishments. Her world revolved around serving her family by providing for their needs and cultivating love at home.

She was a good friend who cherished her association with others and was blessed with many loyal friends throughout her life. She had a great sense of humor and had an original, contagious laugh.

She was very creative. She often sold her many creations to earn extra money. Some of her many talents and pastimes included playing the piano, cooking/baking, celebrating major holidays, crafts, sewing, decorating, watching movies, taking trips and family reunions.

She was a lifelong member of The Church of Jesus Christ of Latter-day Saints, exercising great faith throughout trials in her life, enduring many health challenges. She had a strong belief in her Savior, Jesus Christ, and a firm testimony of the restored Gospel.

During her marriage to John, she called many places home in California and Utah, and eventually, they settled in Mesquite, Nevada, where she lived until her death. John was a very faithful and loyal companion, and caregiver as her health declined further. We, her children, are very thankful to him for his dedication to our mother.

She is preceded in death by her father, Clesson Bauer; infant brother, Boyd Bauer; grandparents, Warren and Ramona Munford, and Robert and Fern Bauer.

Friends and family are invited to sign Diane’s online guest book at www.spilsburymortuary.com.