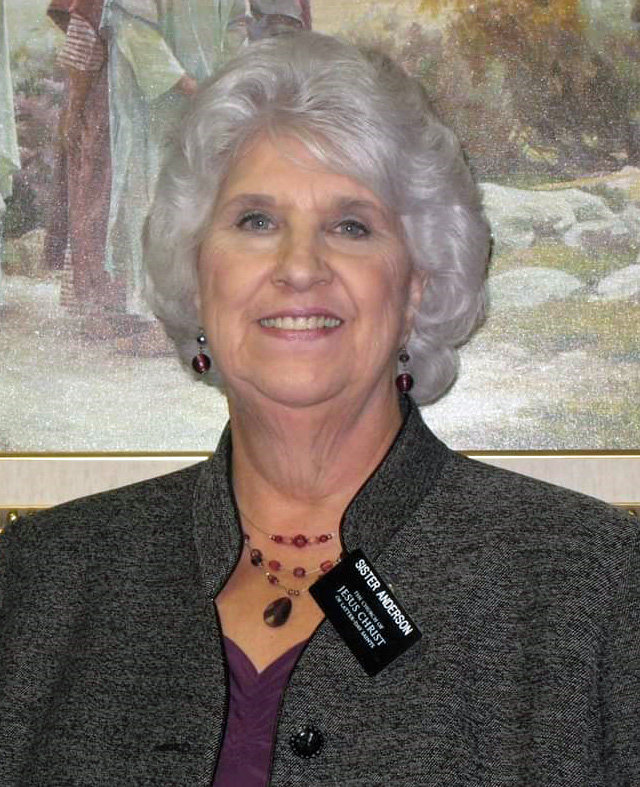 Shirley Ione Raasch Anderson, age 78, passed away on March 29, 2020. She was born on Feb. 6, 1942, in Bridgewater, Iowa, to Hazel Irene Follman Raasch and Elmer John Raasch, the youngest of their four children.

Shirley was raised in Brigdewater, Iowa and after graduation from Bridgewater-Fontanelle High School moved to Chicago, Illinois to work as an airline reservationist. It was in Chicago that she met Michiel M. Anderson on her 20th birthday. She married Mike on June 8, 1963, in Provo, Utah and they were sealed for time and eternity June 6, 1964, in the Manti, Utah temple.

Shirley and Mike spent their early married years growing their family in Provo, Utah and then in Shelley and Terreton, Idaho areas. After an additional summer school semester at BYU, they moved their growing family to Conway, Arkansas for three years, and then to Springfield, Missouri, for nearly 20 years. It was in Springfield that they had their final seven children to bring their total to 13: 10 boys and three girls. Then work took their family to Tucson, Arizona in 1993, and they were finally able to retire to St George, Utah in 2007.

They also enjoyed serving together as ordinance workers in the temple, both on their mission and in St. George. As a convert to the gospel in 1962, Shirley loved to share her light and testimony of the Savior, Jesus Christ, with all who were willing to listen. And she shared her love with everyone she met. Her love and infectious smile she shared freely and without judgment to all she came into contact with. She was the epitome of love and kindness and made every person she met feel like the most important person in the room.

Due to restrictions currently in place for COVID-19, a small private family funeral will be held with her husband and children, at Metcalf Mortuary, St George, Utah, on Saturday, April 11, 2020, at 2 p.m. We hope to be able to stream the services via Zoom. If you would like to view the services join the meeting at the following meeting ID: 385 501 151, password: Shirley. We will also try to provide a link to the recording of the services on Shirley’s Facebook Page a few days after the service. Interment will be in Tonaquint Cemetery.

A Memorial Service and Celebration of Life will be held for all who knew Shirley at a future date when conditions allow.

In lieu of flowers, the family asks you to “pay it forward” with kindness and aid to others in this difficult time, just as Shirley would have done.