ST. GEORGE — Just one day after Utah Gov. Gary Herbert issued a statewide coronavirus directive that included limiting visitors of state parks to residents of the counties in which the parks are located, hundreds of visitors converged on Snow Canyon State Park not only from out of county, but out of state as well.

Cars filled the parking lots and roadside pullouts bearing Utah license plates as well as several from Colorado, Wyoming, Nevada, Washington and New Mexico. And though the directive specifically asks people not to congregate at trailheads, many people were having picnics in the parking lots on the backs of their cars.

“People need to take the virus seriously,” she said.

A sign near the south entrance of the park coming from Ivins City gives notice to visitors that due to the governor’s directive, Snow Canyon State Park is open only to Washington County residents.

However, the entrance booth is not staffed. Instead, a second sign directs visitors to pay their fees by envelope at the self-pay station and notes that rangers will be patrolling the canyon to enforce fees.

Because of the high volume of traffic the park has been receiving, Comella said they made the decision to close the entrance booths for the health and safety of their staff and park visitors.

In the wake of the “Stay Safe, Stay Home” directive announced by Gov. Gary Herbert Friday, the Utah Division of Parks and Recreation, National Park Service, the U.S. Forest Service and the Bureau of Land Management are cooperating to help visitors understand the new directive. They are also providing resources for recreationists to be able to better navigate recreational opportunities closer to their own home and keep up to date on changing conditions at state and national parks as well as other recreation areas.

A press release from the Utah Division of Parks and Recreation said that “while venturing outdoors is a great way to escape cabin fever and relieve anxiety and stress, Utahns are encouraged to visit parks and recreation areas that are close to home. As it relates to state parks, Utah residents can visit state parks that are located within the county where they live.”

State parks and recreation assistant public information officer, Devan Chavez, said they know how important outdoor recreation is for the body, mind and soul, particularly during difficult times, but they are urging people to recreate responsibly. This includes visiting outdoor areas in the counties where people live and following all the social distancing and healthy hygiene guidelines set forth by the Centers for Disease Control and Prevention as well as state and area health authorities.

Chavez attributed the large volume of visitors to Snow Canyon Saturday to many people not hearing of the directive yet.

“We’re still trying to get the word out,” Chavez said.

Comella agreed, adding that it is only the first day of the new restrictions.

“It is going to take a little bit of time, but we are certainly encouraging everyone to listen to the governor,” Comella said.

Chavez said they are counting on people who frequently recreate outdoors to self-police themselves and believes that as the word gets out, the number of visitors from outside the county and state will decrease.

Because the directive stops short of a legal mandate, Chavez said at this time they will not be going around issuing citations to those who don’t heed the governor’s word, but he remains confident that people will make the right choice and head home.

Comella added that she hopes people will do what they need to do to protect themselves, protect health care workers and protect the most vulnerable during this time.

More information on how people can responsibly recreate can be found at coronavirus.utah.gov/recreation. The webpage provides tips on  responsible recreation practices, closures and agency-specific links to help individuals and families safely recreate on Utah’s public lands during the coronavirus pandemic. 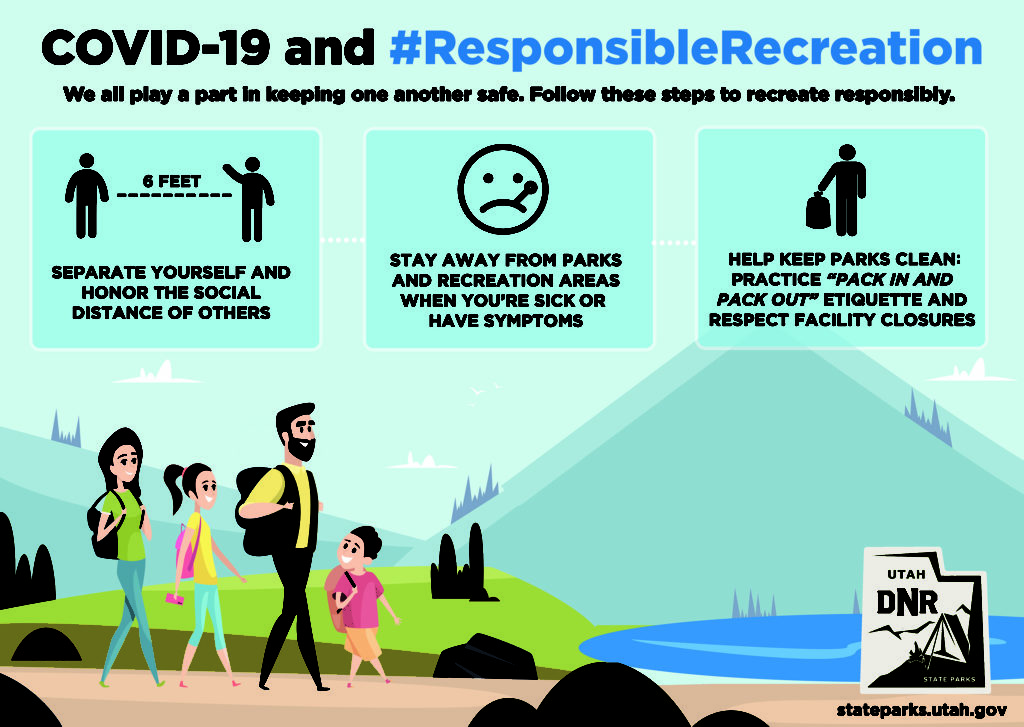 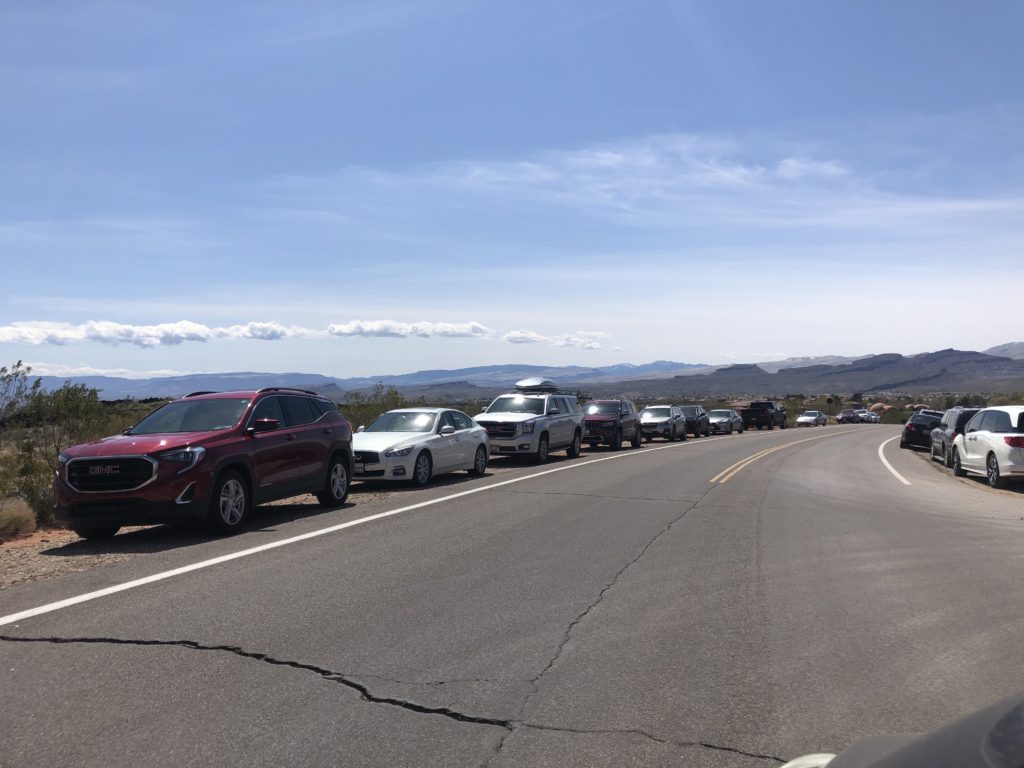 Cars line the side of the road across the street from the Johnson's Arch parking lot located just outside the south entrance of Snow Canyon State Park, March 28, 2020 | Photo by Hollie Reina, St. George News 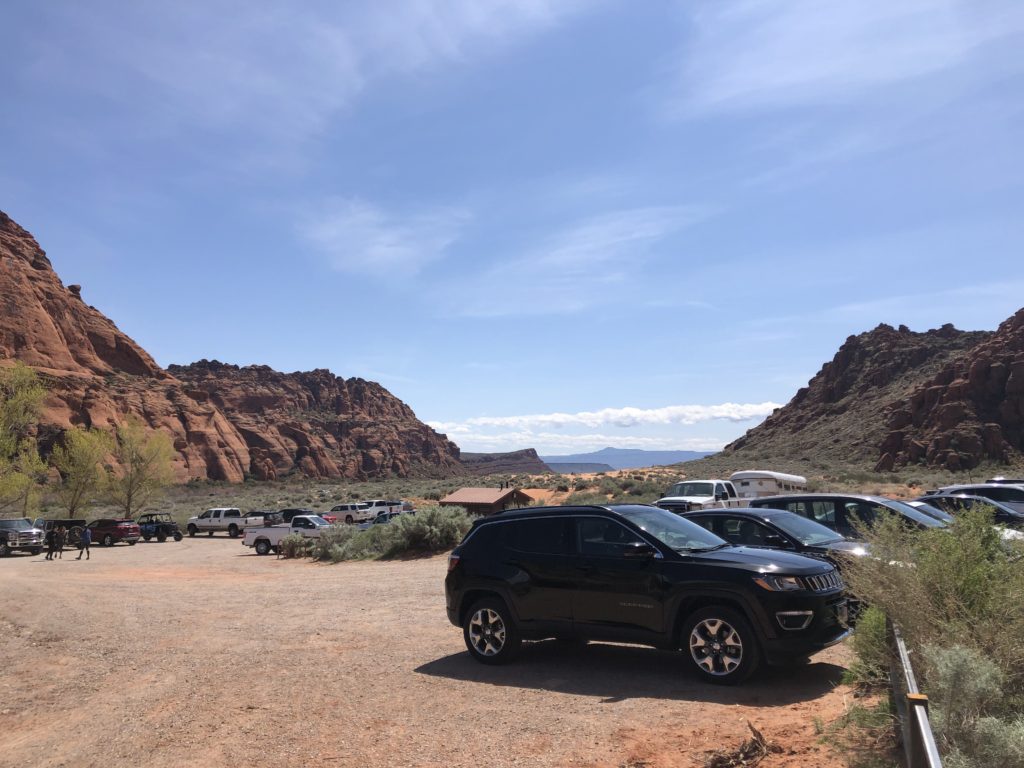 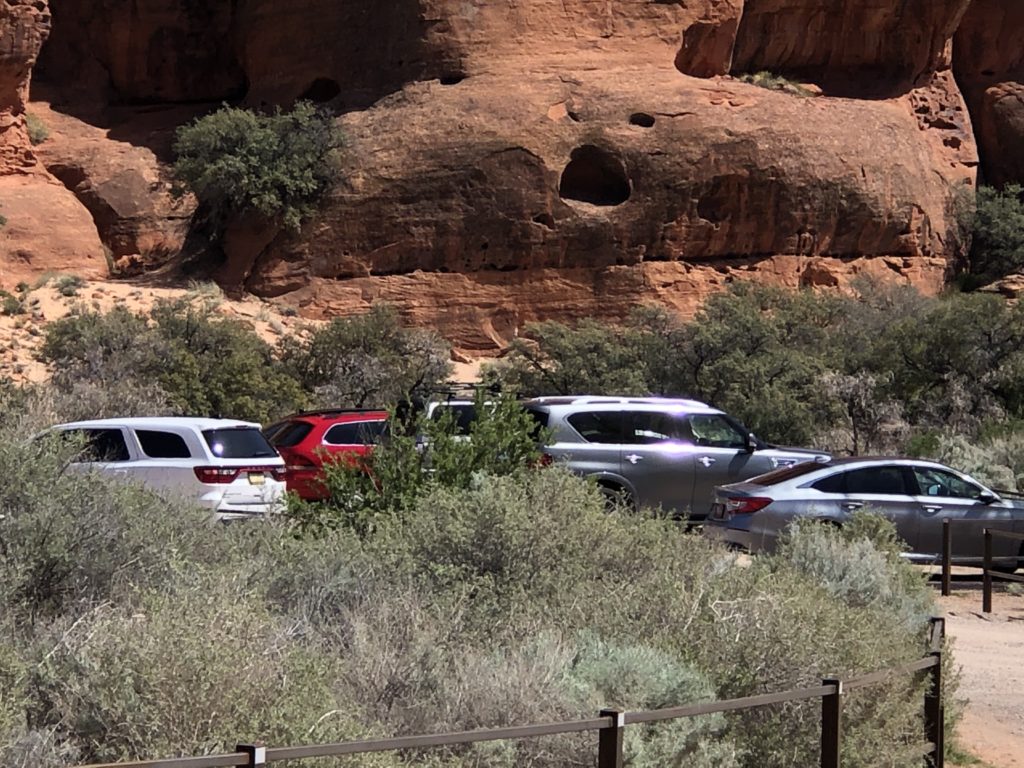 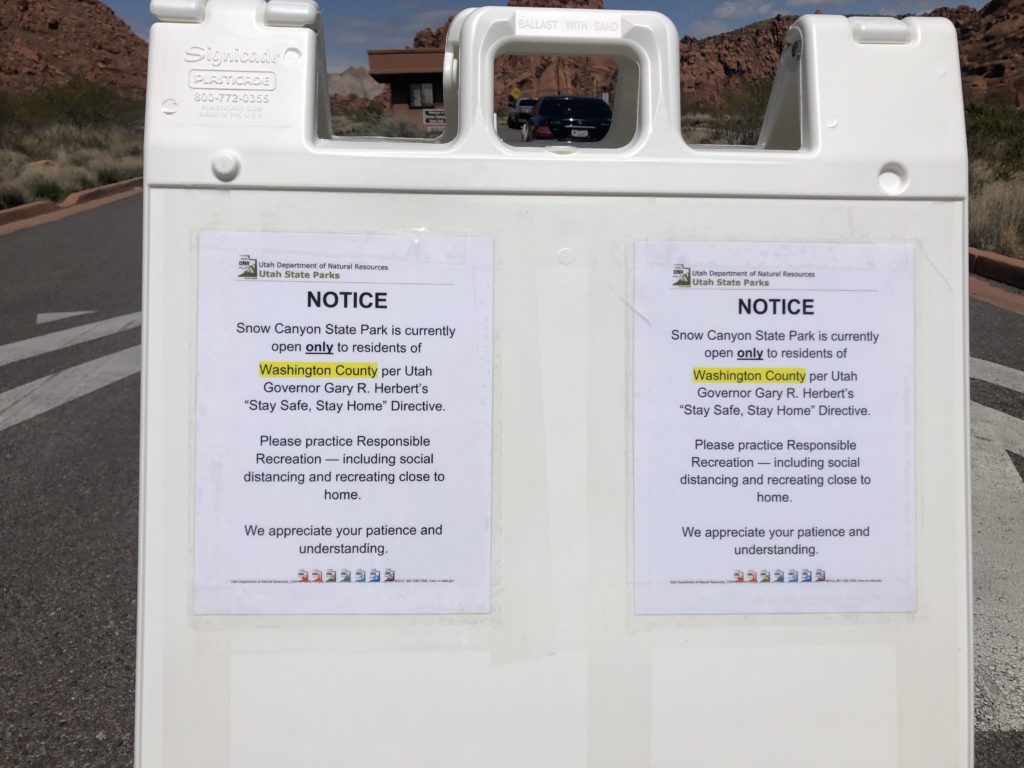 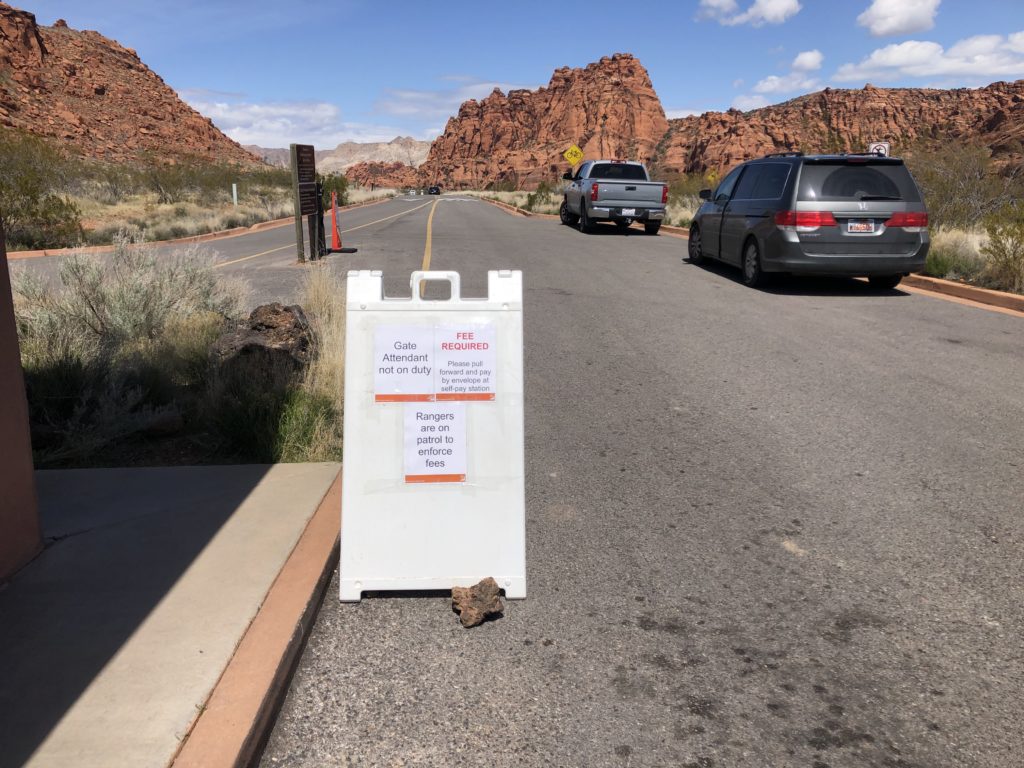 Arches, Canyonlands close to visitors because of coronavirus prevention

'This is the best place to social distance'; Bryce Canyon area adapts to massive reduction in visitors