The epicenter was just southwest of Salt Lake City and about 2.8 million in the state probably felt the quake, the U.S. Geological Survey reported.

There were no initial reports of major damage to buildings or injuries, said Utah Emergency Management spokesman Joe Dougherty.

Operations at Salt Lake City International Airport came to a halt, and the control tower and concourses were evacuated, the airport tweeted. Officials were conducting a runway inspection to try to determine if there was any damage, the Federal Aviation Administration said in a statement. Planes headed to Salt Lake City were diverted.

The quake also shut down the light rail service for Salt Lake City and its suburbs.

Some residents ran from their homes and into the streets as they felt the earthquake shake buildings for 10-15 seconds.

The quake knocked pictures from walls and dishes from shelves, and people reported feeling it in the neighboring states of Colorado, Idaho, Wyoming and Nevada. Gov. Gary Herbert warned people to stay away from downtown Salt Lake City while officials assess damage.

It was the largest earthquake to hit Utah since a 5.9 magnitude quake shook Southern Utah in 1992, according to Utah Emergency Management.

After the initial quake struck at 7:09 am, the geological survey recorded four smaller quakes over the next 23 minutes, ranging in magnitude from 3.7 to 3.9.

Authorities said older buildings may have suffered structural damage though they did not expect to find severe damage in most structures, said Utah Emergency Management spokesman Joe Dougherty.

“We’re hearing of lights falling down, bookcases falling down. We’ve heard of water lines breaking inside of buildings,” Dougherty said.

He recommended that people check on their neighbors, but that advice that could be challenging when people are being told to say inside their homes to help prevent the spread of the coronavirus.

“This is the time for people to really do the right thing, make sure everyone is taken care of,” Dougherty said. “But we still do need to remember we have a pandemic going on at the same time.”

Written by BRADY McCOMBS and LINDSAY WHITEHURST, The Associated Press.

Updated March 18 at 10:09 a.m. to include additional details and photos. 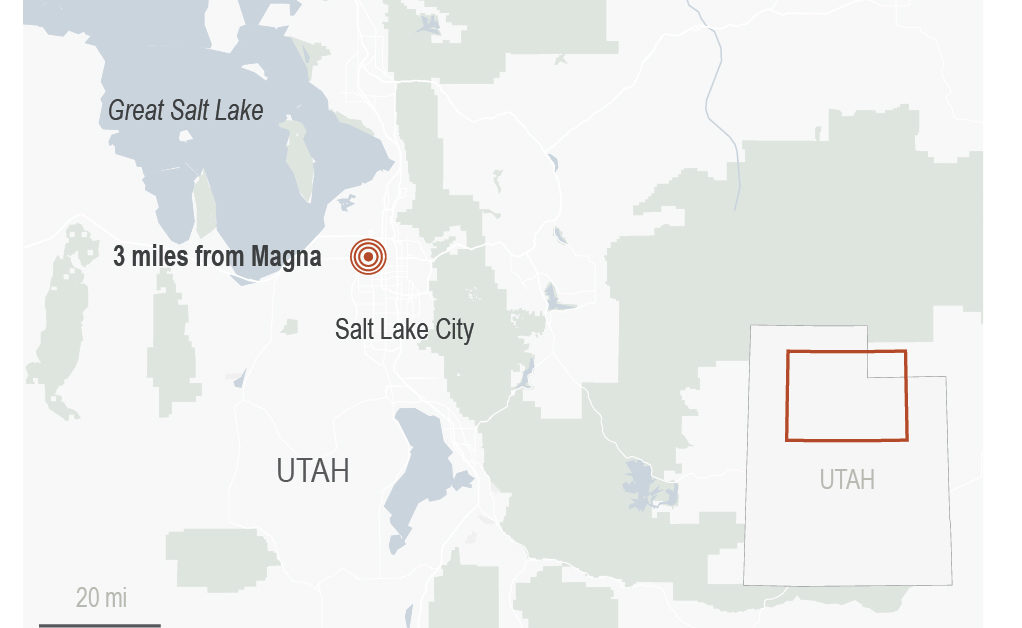 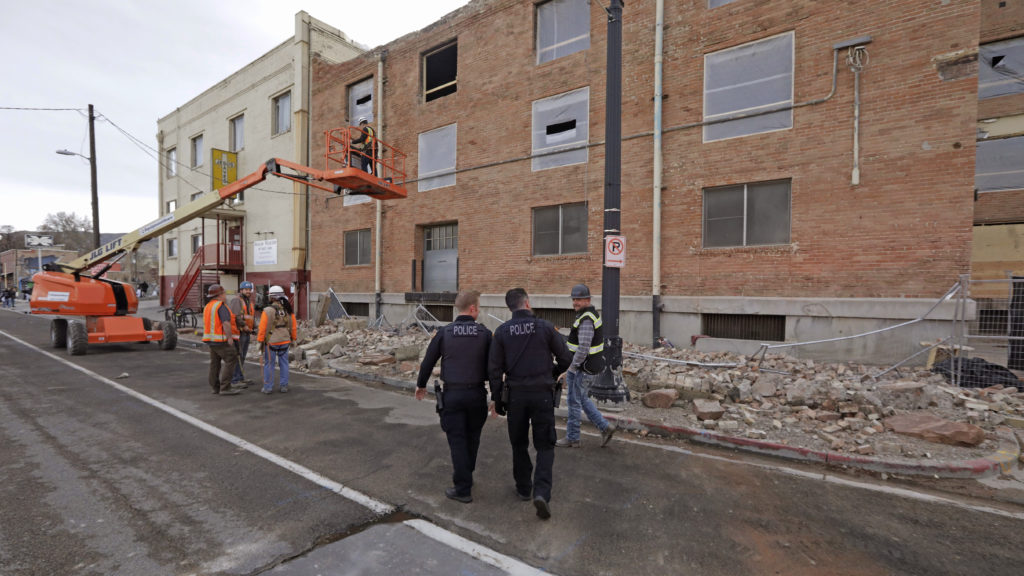 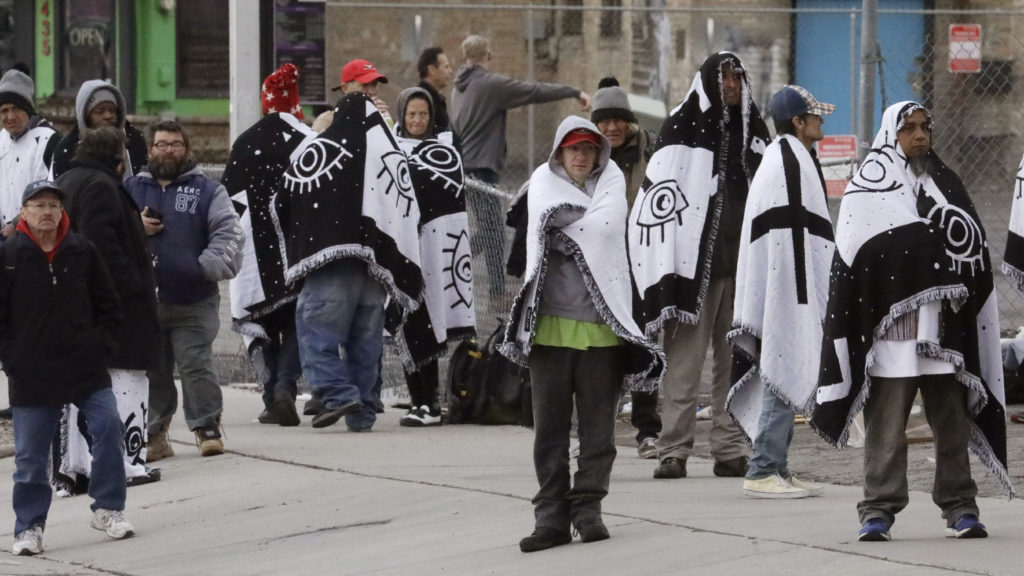 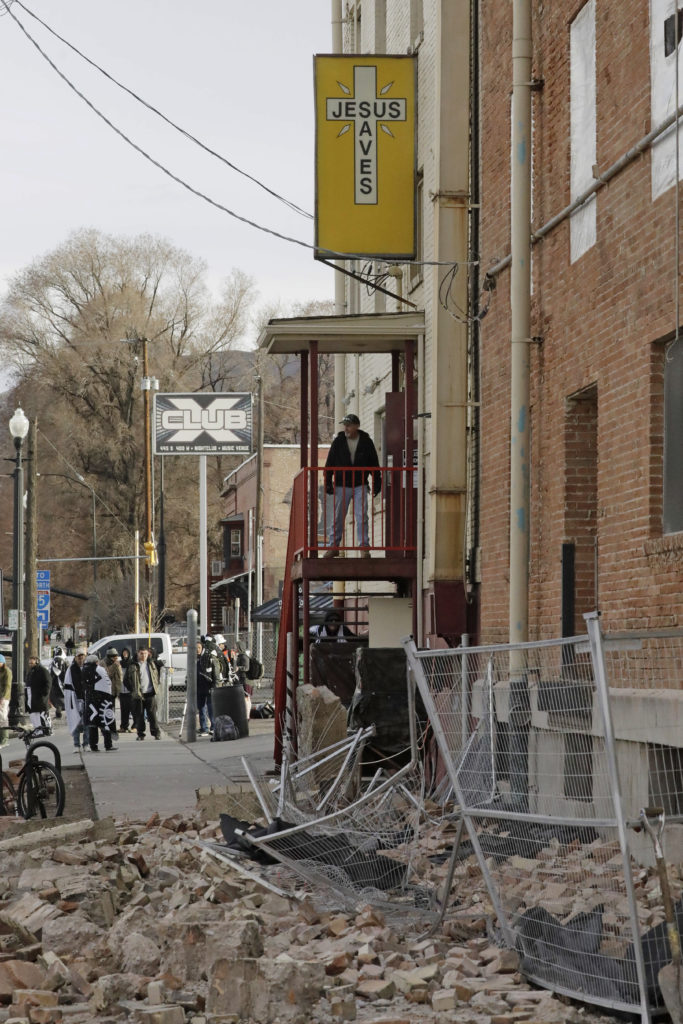 Copyright 2022 The Associated Press. All rights reserved. This material may not be published, broadcast, rewritten or redistributed.

Springdale shaker clocks in as magnitude 3.6 earthquake, tremors felt as far away as Dammeron Valley

One primary race in Washington County remains too close to call, others show clear victors