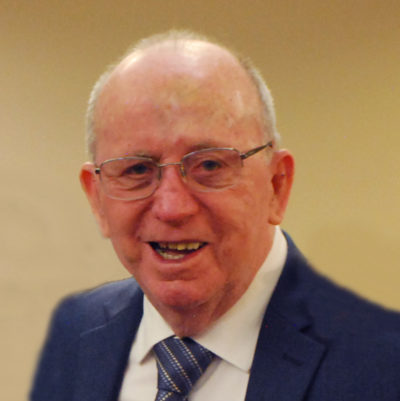 Dave was raised in Groves, Texas and served in the Air Force from 1954-1957. He lived in San Pedro, California where he was a Principal Accountant for the City of Los Angeles. Dave and his beloved wife June raised all three of their children in California and resided there until they retired to St. George, Utah, in 1992.

One of Dave’s many favorite things to do was square dancing with his wife, June. They square danced all over the country and met a lot of lifelong friends through those times as well. Dave loved to play games with his family whether it was playing corn hole outside, nerf gun fights or dominos inside. His family was everything to him. He loved spending time with his six grandchildren and eight great-grandchildren. Dave had a great sense of humor and loved to make people laugh.

We would like to give a special thanks to Dixie Hospice for the care that was given to Dave. Victoria and Aimee were angels throughout his time in their care. He absolutely adored them both, and his face would light up any time he saw them.

Family and friends are invited to sign an online guest book at- www.spilsburymortuary.com