ST. GEORGE — A driver was cited following a two-vehicle crash Wednesday afternoon involving a white pickup truck, a parked car and a power pole on State Street in LaVerkin.

Shortly after 5:30 p.m. officers responded to a crash on South State Street involving a white Ford F-150 and a silver GMC SUV that was parked along the curb on the southbound side of the street.

Officers arrived to find the vehicles heavily damaged in the southbound lane of State Street and a power pole lying across the hood of the Ford. A repair crew from Rocky Mountain Power was dispatched to the scene to replace the pole and repair the power line.

Hurricane Valley Fire District also responded to check on the driver and then cordoned off the area to secure the scene until the repair crew arrived.

The man driving the Ford told officers he was heading north on State Street when he fell asleep, Crouse said. The truck then crossed over the median and continued through both southbound lanes before crashing into the GMC, pushing the SUV several feet where it came to rest on the sidewalk. The Ford then struck the power pole, snapping it.

The driver of the Ford sustained minor injuries in the crash, Crouse said, and showed no signs of impairment or any other issues. He was later cited for a lane travel violation. The GMC was unoccupied at the time of the crash. Both vehicles were heavily damaged and subsequently towed from the scene. 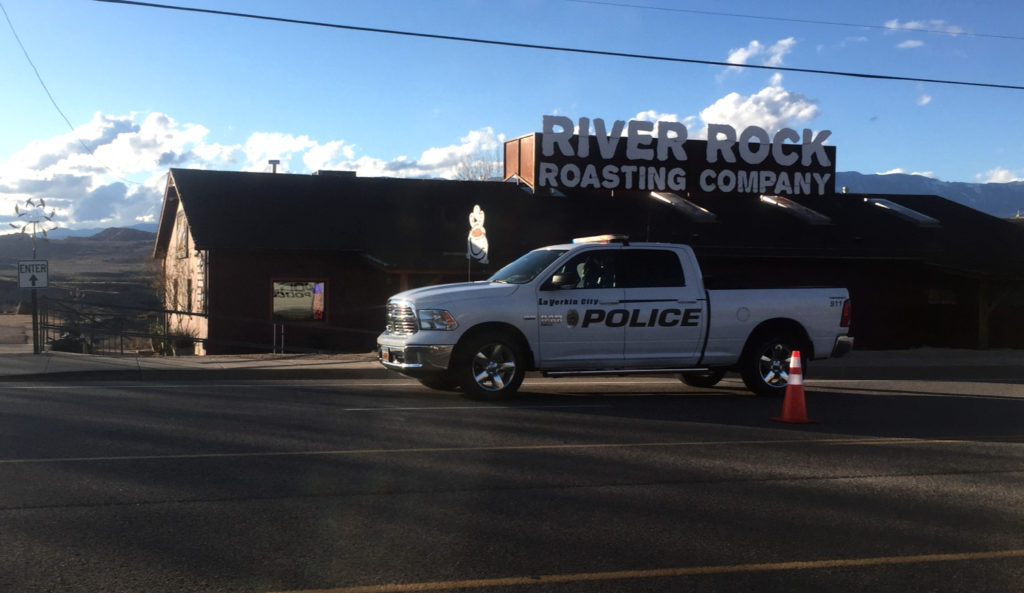 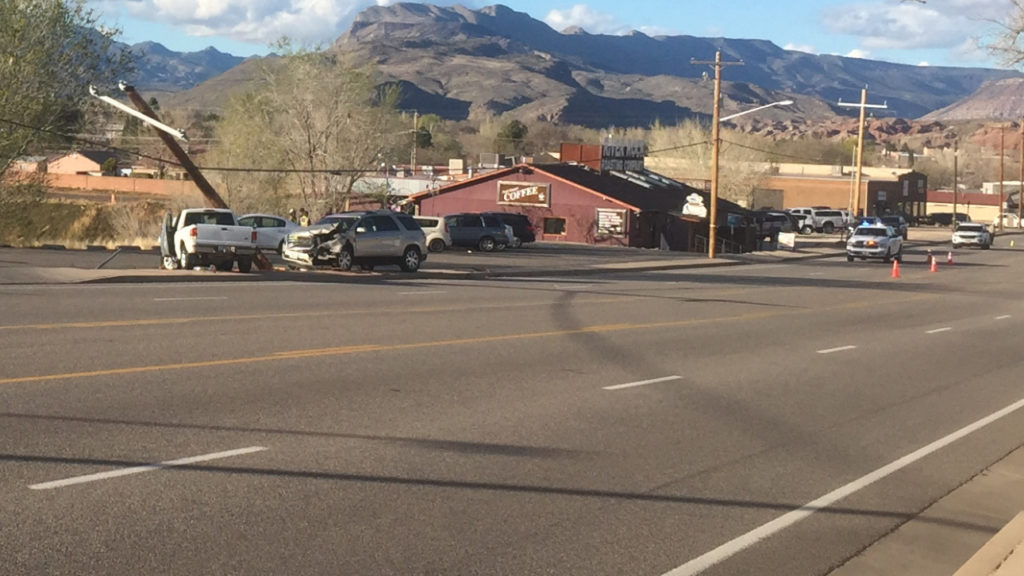 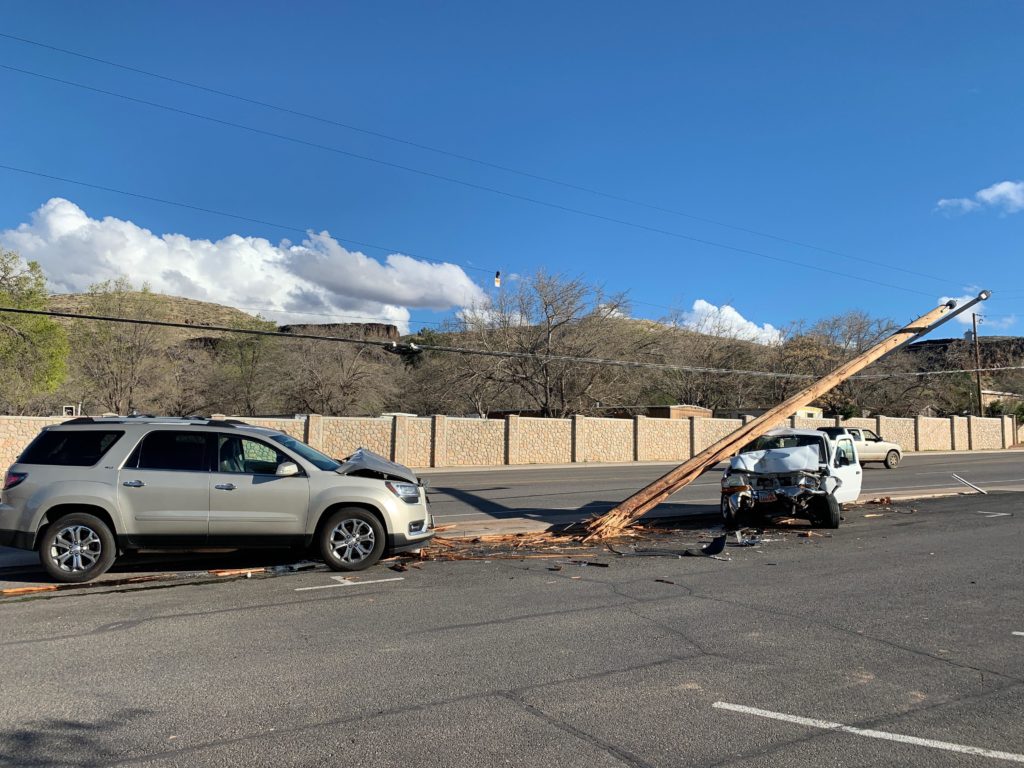 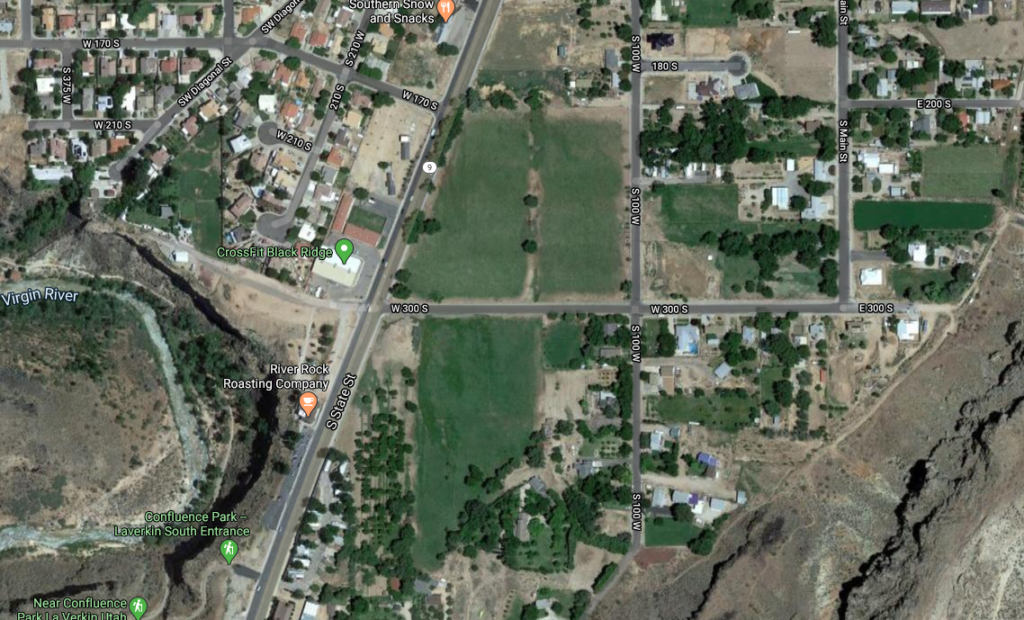