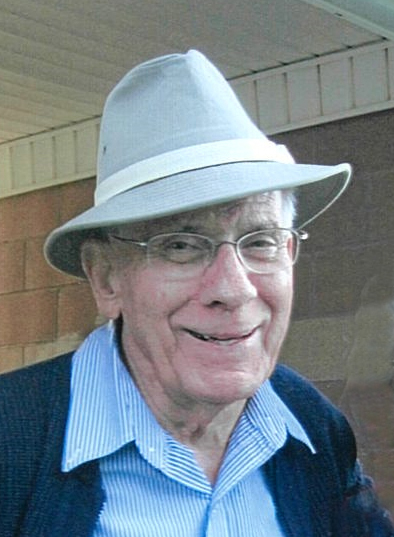 Darold Irvin Whatcott, 89, passed away March 4, 2020, at 2:26 p.m., after six years struggling with Hydrocephalus. He was born May 23, 1930, in Lynndyl, Utah, the son of Lenox Irvin Whatcott and Marth Marie Nelson. He graduated from Delta High School in 1948, where he was active in sports. He attended Brigham Young University his first college year.

He attended the University of Utah for one and one-half years. Completing his college years by attending Utah State University for one and one-half years, earning a bachelor of science in commerce degree. He held many jobs during his college years. He was hired by City Finance and became the manager of their loan office in Payette, Idaho, where golf entered his life. A game he enjoyed and became very good at it.

In 1961 he transferred to Idaho Falls, Idaho to manage the office there and after three years resigned to work for State Farm Insurance Company as a Claims Adjuster. Another transfer and he was in Twin Falls, Idaho managing the office. He retired July 1994 after thirty years of service to them. He so enjoyed working for this good company and was able to help many people through the challenges of an accident.

In May of 1995, they were called to serve an 18-month mission, Darold as District President in the Fiji Islands 2nd and 3rd largest islands. After the mission, they sold their home in Twin Falls, Idaho and moved to St. George, Utah on Aug. 31, 1998, where they built a new home.

He is preceded in death by his parents; one daughter, Dana; great-grandson, Jove; two brothers, Carl and Garth; two sisters, Iva and Clea.

The family sends their thanks and expressions of sincere gratitude to all who faithfully served Darold the last nine months. A special ‘thank you’ to Horizon Hospice, Kind Hearts Senior Care and Southern Comfort Care.

Arrangements are under the care of Spilsbury Mortuary, (435) 673-2454. Family and friends are invited to sign his online guestbook at www.spilsburymortuary.com