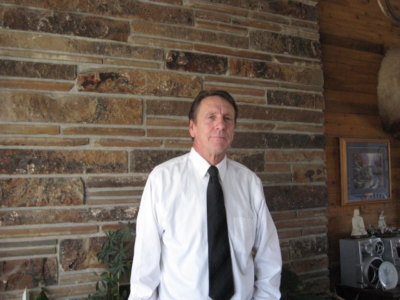 John enjoyed spending time with family – especially his grandchildren – and friends. He held a special place in his heart for his dogs Blackie and Pixie and loved to take them on walks. As an avid outdoorsman, he spent countless hours hiking, gardening, rock and brass collecting, fishing and trophy hunting. As a result, John had quite the trophy room, and those who knew him would likely have had an opportunity to visit as he loved to show off his successes.

John supported his family by working in the construction industry, pouring concrete flat work for over 35 years, after which he transitioned into being a general contractor, building homes in the Salt Lake Valley. John was a true mountain man that wore his heart on his sleeve. He was an example of pure love. He was always helping someone, with the labor of his hands, wild game from the freezer or veggies from his garden.

An evening viewing will be held Friday, March 6, 2020, from 6-8 p.m. at Memorial Redwood Mortuary, 6500 S. Redwood Road, West Jordan, Utah, 84123. A funeral service will follow the next day at 11 a.m. with a viewing one hour prior, all at the same location. Interment to follow at Memorial Redwood Cemetery. To leave online condolences, please visit memorialutah.com.

'Waiting and hoping': What can Southern Utahns expect from the housing market in 2023?