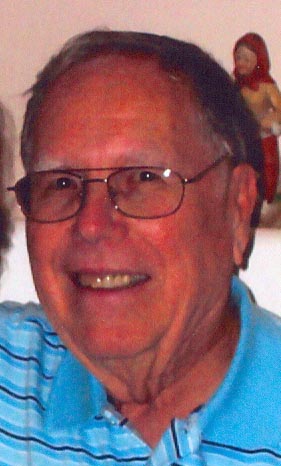 Bruce Aldon Wright, age 90 passed away peacefully on Feb. 20, 2020, at home under the watchful care of his wife Diane, and her children Robin and Curtis.

He was born Jan. 17, 1930, in Sanford, Texas, the son of Dallas and Bertha Wright. In 1948, he graduated from high school in Cochranton, Pennsylvania. He joined the United States Navy on Aug. 7, 1950, and served on the U.S.S. Taluga amid the Korean conflict. During his service, he received the Good Conduct Medal, National Defense Service Medal, China Service Medal, United Nations Service Medal and the Korean Service Medal (2 stars). He was honorably discharged on June 7, 1954.

Following his Naval service. Bruce managed a small drug store in Las Vegas, Nevada, where he met employee Yvonne Havens whom he would later marry in Las Vegas, Nevada on March 19, 1955. Their marriage was later solemnized in the Washington D.C. Temple of The Church of Jesus Christ of Latter-day Saints.

Most of Bruce’s professional life was spent as a salesman, which was a career well-suited to his ability to strike up a conversation with anyone. He worked many years selling recreational vehicles and enjoyed traveling in that capacity, accompanied by his wife and family whenever possible. The family enjoyed the luxury of traveling in motorhomes on the way to trade shows around the country.

His grandchildren loved to listen to his stories, and he loved to play games and tease them. He also enjoyed gardening and western movies, particularly John Wayne movies. His love for birds is easily noticed with the many bird feeders located outside his windows. He loved spending the day watching all types of birds visiting and enjoying his feeders. In the later years, the fluttering hummingbirds outside his window often made him smile.

Bruce is survived by his wife Diane and his brother Lowell (Joanna), Lyle (Edie) and Gary (Terri).

Bruce is preceded in death by his parents, first wife; Yvonne (2002), his son Dallas (2019), brothers Arden and Dale, and sister Kathleen.