ST. GEORGE — The Herbert and Lillian Christensen House, a historic Springdale home, has received the honor of becoming the first building in the town to be listed on the National Register of Historic Places.

Granted by the National Park Service and the Department of the Interior last December, the home was recognized for its historical and architectural significance.

Built between 1930-1936, the Christensen House is a period revival cottage which can be classified as a “storybook” house in the provincial revival style, information that will soon be displayed on a plaque outside the home.

Most of the work was done by Herbert Christensen himself who quarried the home’s sandstone block foundation from the surrounding area. He dragged the large blocks back to the home site hitched to a single horse and carefully put them in place, current homeowner Joseph Pitti said.

The building’s signature architecture reflects a mixture of English Tudor and craftsman styles and its most noted features include its steep gabled roof and bell-cast eaves.

Though it was also inspired by the rustic buildings found in and around Zion National Park, the home stands out against many of the buildings built during the time when the civilian conservation corps was shaping the trails and architecture of the park.

“It is a unique house all the way around,” Springdale Mayor Stan Smith, said.

Once serving as the town’s post office, the Christensen House has seen a cast of lively guests and owners fill its walls for the past eight decades, including one owner in the early 1980s affectionately known as “wicked Wanda.”

Smith, who moved to Springdale in 1972, said it was once the home of some of his friends.

“Wicked Wanda” had the idea to open the home as the Under the Eaves Inn and since that time it has been the longest serving inn/bed and breakfast in Springdale. Today, owners Pitti and Mark Chambers continue to operate it as an inn and see nearly 3,000 people cross their threshold each year.

The couple bought the home about 10 years ago on what can only be described as a whim.

Pitti said the pair were staying at the inn and remarked to its then owner that it sure was a nice place. The owner told Pitti to make him an offer. Ten years later, both Chambers and Pitti said they love it in Springdale and have no plans to leave anytime soon.

The National Park Services’ National Register of Historical Places is the official list of the nation’s historic places deemed worthy of preservation. It was authorized by the 1966 National Historic Preservation Act and is part of a national program to “coordinate and support public and private efforts to identify, evaluate, and protect America’s historic and archeological resources,” information from the National Park Service said.

It is not an easy process to get a home or building listed, Smith, said, adding his praises to Chambers and Pitti for going after the designation.

“The biggest thing is just recognizing and remembering the history of Springdale,” Smith said.

According to the National Park Service, the process usually begins by nominating the home or building at the State Historic Preservation Office, unless the home is on federal or tribal land.

From there, the property is evaluated and reviewed by the state office and the state’s national register review board.

Evaluations are based on several criteria including the building’s age, integrity and significance.

Nominated homes should generally be at least 50 years old, must look much the way they did in the past and have some architectural, historical, archaeological or anthropological importance.

One of the most difficult things about getting on the registry, Pitti said, is that the building must be largely unaltered and show as much as the original historic assets as possible.

Unlike many historic homes in the area, the Christensen House has been largely unchanged since the 1930s, Pitti said.

Once the nomination is complete, it can be forwarded by the state to the National Park Service for final review and listing by the Keeper of the National Register of Historic Places.

The state process generally takes a minimum of 90 days and the national process takes about 45 days to make a listing decision, the park service’s webpage said.

But before all of that, Pitti and Chambers spent about a year compiling historical data and photographs, as well as collecting personal stories from those who have lived in or visited the home in the past, Pitti said.

One person Pitti and Chambers found was the son of Herbert Christensen, Eldon Christensen, who now resides in California.

He reminisced about the time when the parlor of the home was used for the town post office and talked about all the things he used to see out the window from his upstairs bedroom.

“It’s been a journey to get it on the national registry,” Pitti said.

Though they don’t intend to go anywhere soon – with land at a premium and Zion National Park continuing to be a popular tourist destination – the couple hope the designation will help ensure the home’s future preservation.

Under the Eaves Inn is located at 980 Zion Park Boulevard in Springdale. 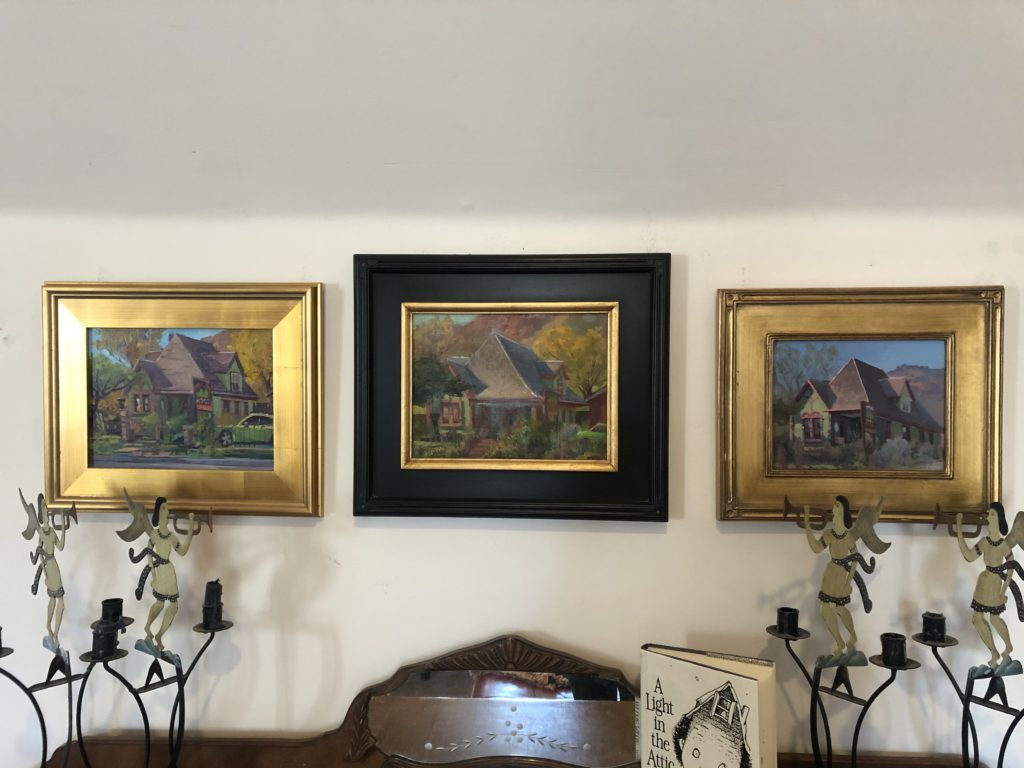 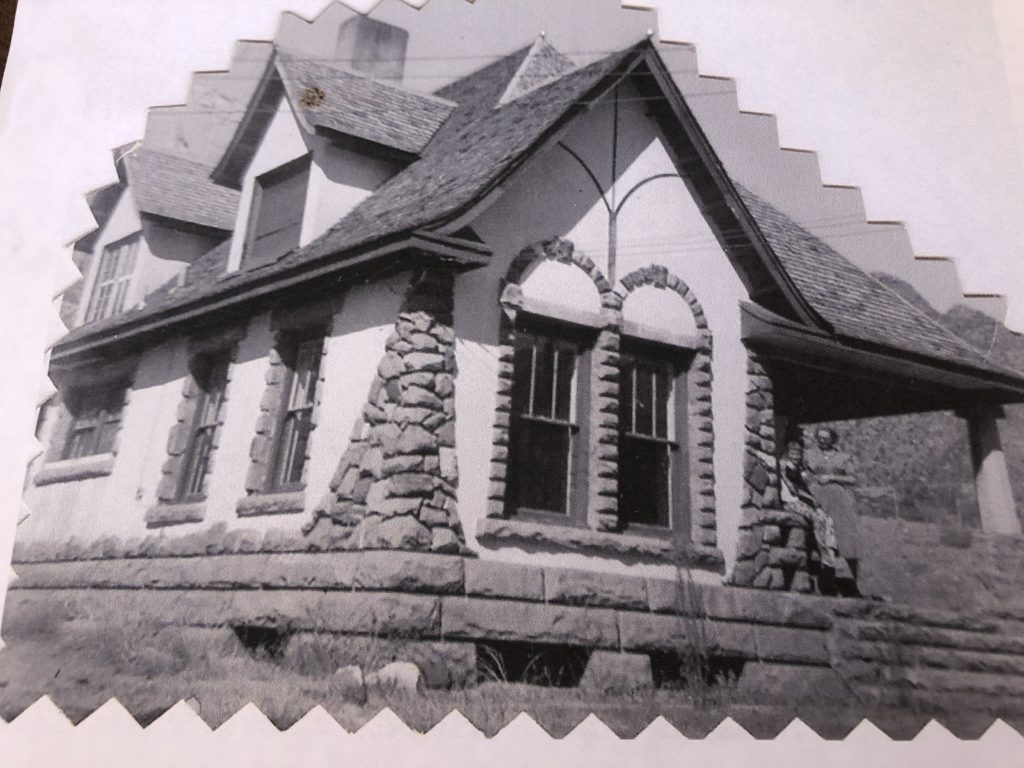 An old photograph of the Herbert and Lillian Christensen House is displayed in a memory book at Under the Eaves Inn, Springdale, Utah, Feb. 19, 2020 | Photo of the photo by Hollie Reina, St. George News 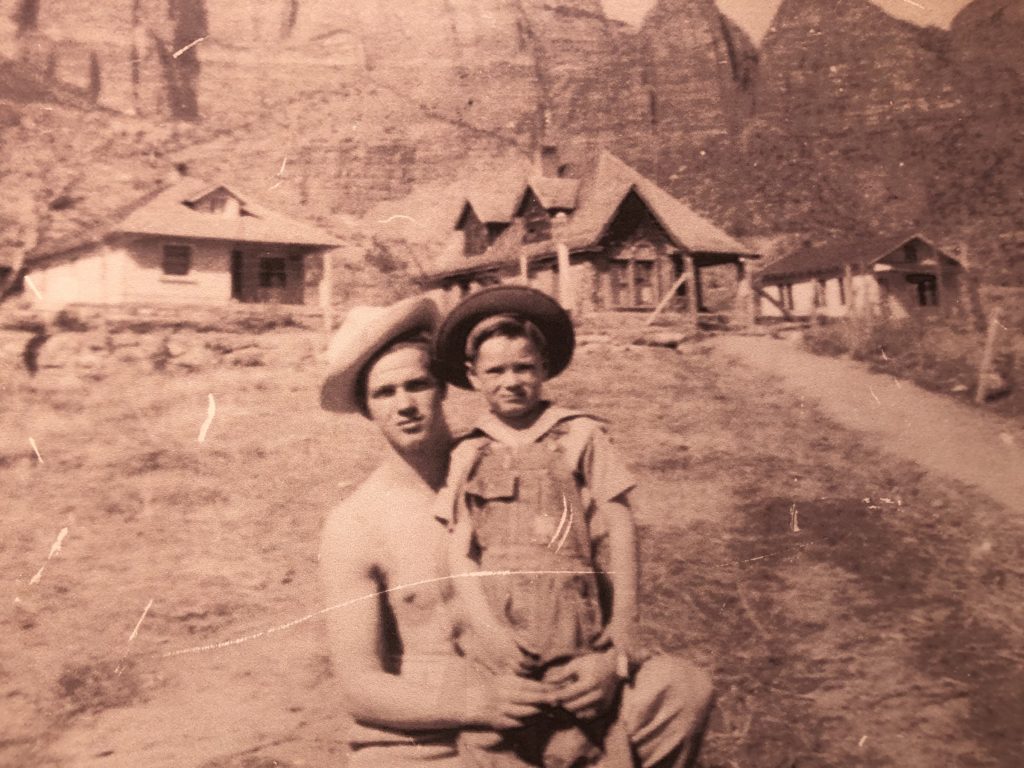 An old photograph of Herbert Christensen and his son Albert Christensen is displayed in a memory book at Under the Eaves Inn, Springdale, Utah, Feb. 19, 2020 | Photo of the photo by Hollie Reina, St. George News 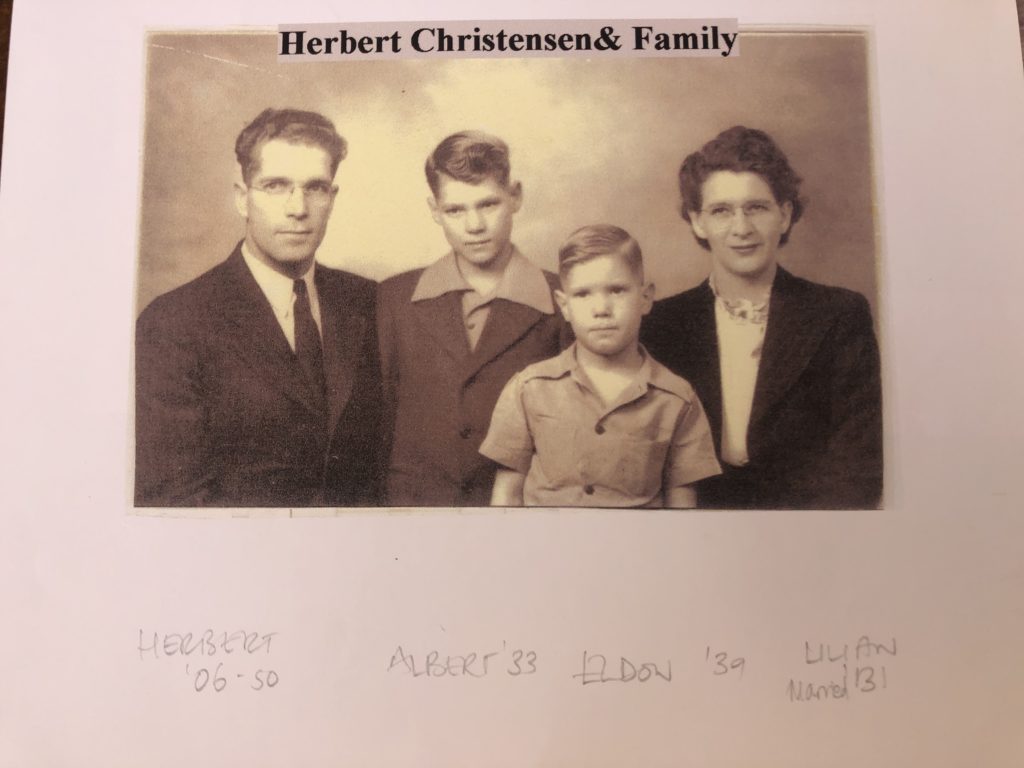 An old photograph of the Herbert Christensen family is displayed in a memory book at Under the Eaves Inn, Springdale, Utah, Feb. 19, 2020 | Photo of the photo by Hollie Reina, St. George News 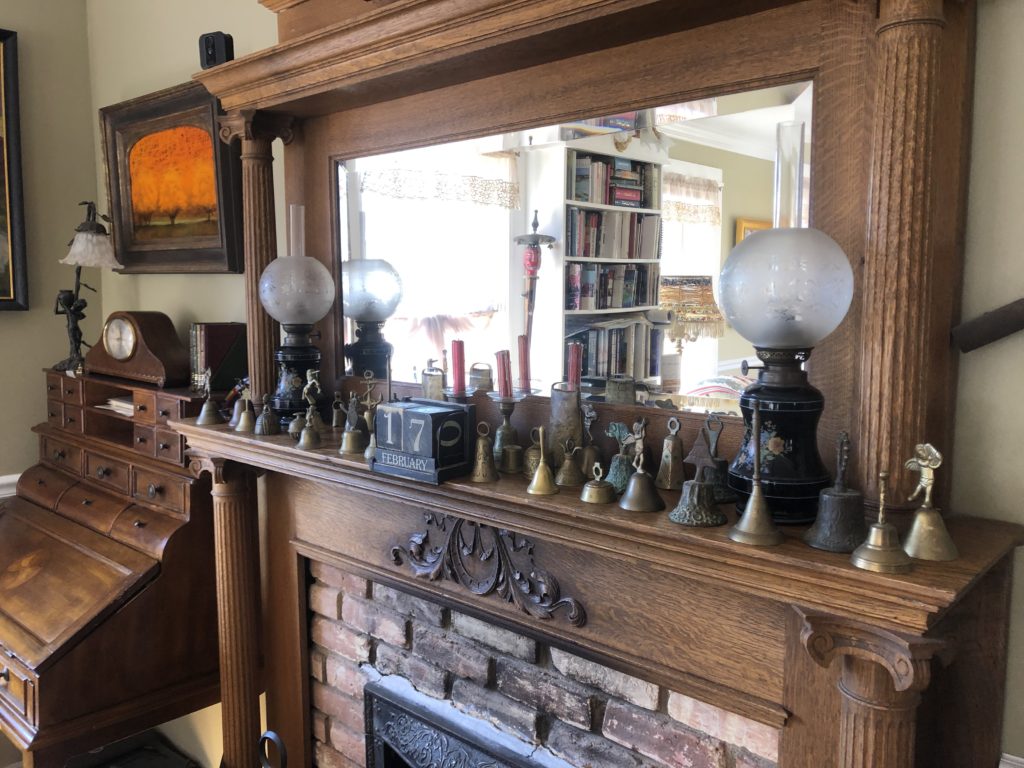 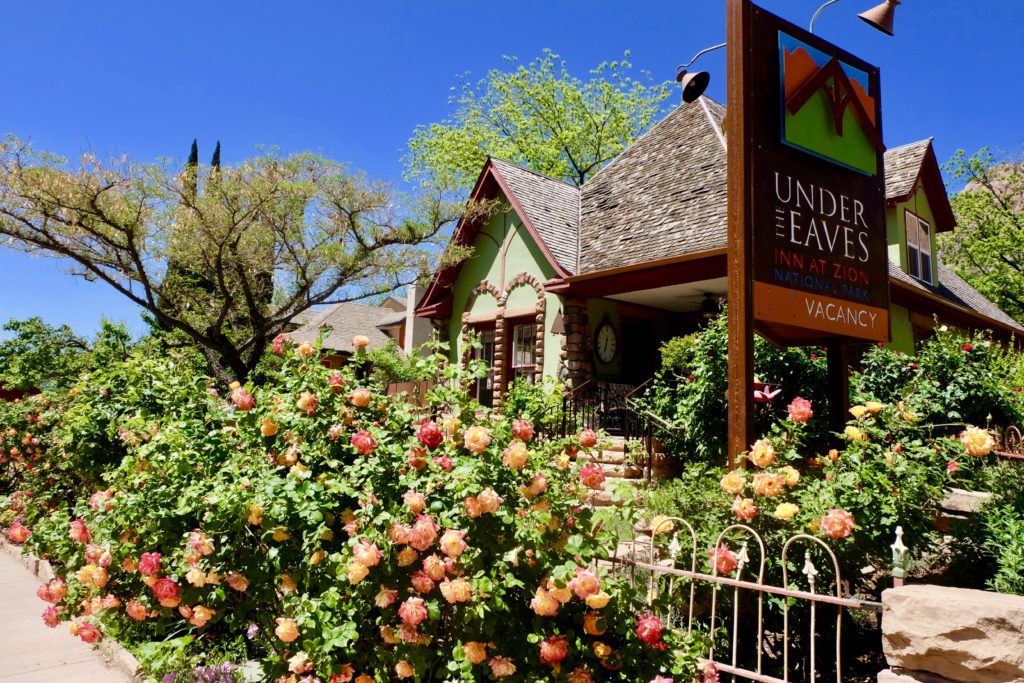 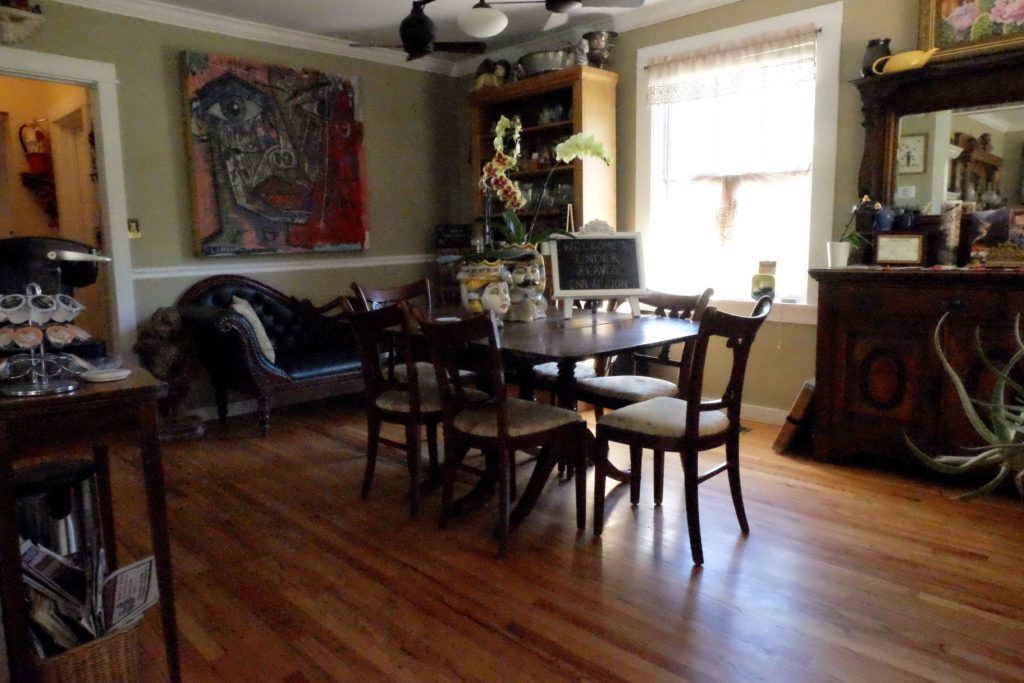 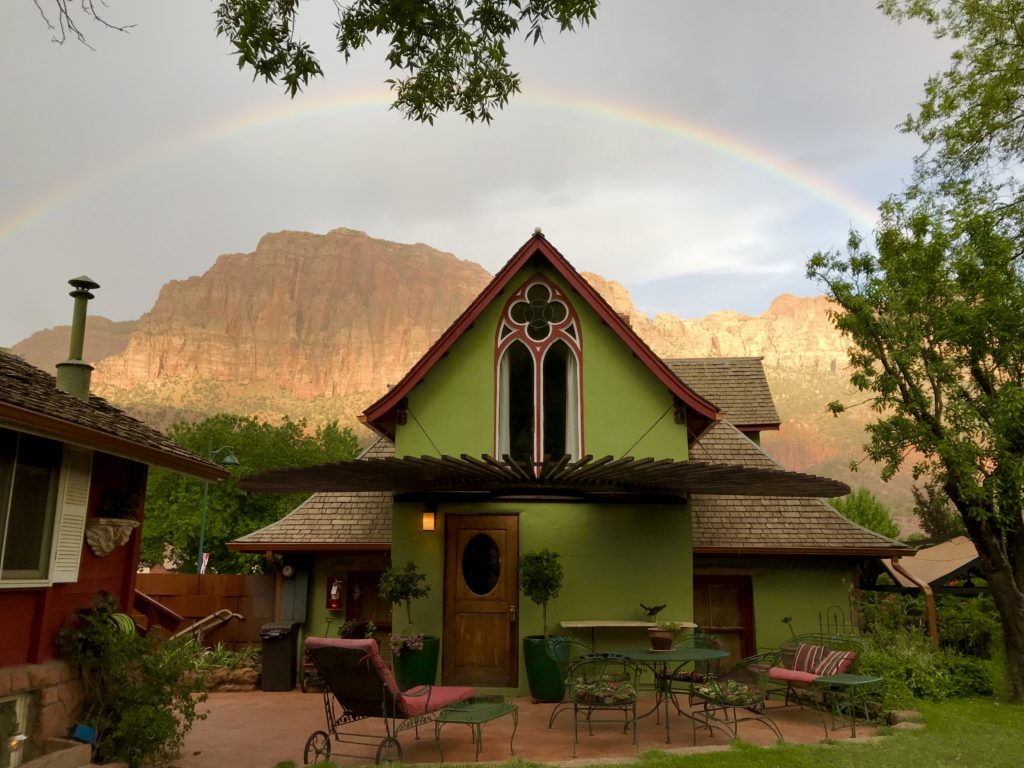 The back side of the Herbert and Lillian Christensen House, now operated as Under the Eaves Inn, Springdale, Utah, date not specified | Photo courtesy of Joseph Pitti, St. George News