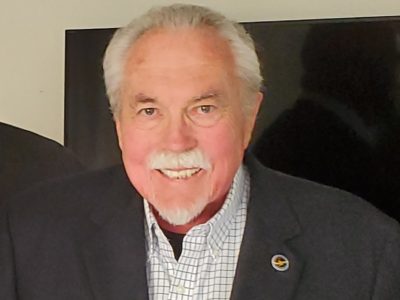 He fondly remembers a period in his boyhood when he lived with relatives in Benjamin, Utah in the 1940’s while his father was in the Navy.

He learned to fly airplanes on his own, earning single and multi-engine ratings. Through his various jobs, his ratings expanded to include helicopters, private jets and 727s.

Chris loved to exercise and train in martial arts. He was an avid weightlifter, jogger and great on the speed punching bag. He earned a brown belt in karate and a black belt in aikido. He trained with some of the best masters of these arts from Japan in the Long Beach area in the 60’s and 70’s. He loved fast pitch softball. He played competitively as a catcher in the 60’s. His sons fondly remember watching him play under the lights at Houghton Park in North Long Beach.

Chris served in many positions of service in The Church of Jesus Christ of Latter-day Saints including leadership and temple work. He and his wife Sherry served a full-time mission in the Johannesburg, South Africa, mission.

Chris was driven and motivated. He was a man with strong views and convictions. He loved his family, including his wife Sherry and his two sons Steve and Scott. He worked very hard all of his life to provide for them. This included many years of great personal sacrifice to care for those closest to him, including his dear wife Sherry who passed away only three months ago. He is well loved and sorely missed.

Chris and Sherry were together on earth for sixty-three years, separated in death by three months, and are now together again.

Chris was diagnosed with cancer a few months ago. He started treatment about seven weeks ago, shortly after Sherry’s passing. He completed all of the chemo and radiation treatments with strength, courage, and determination. These necessary treatments took a physical toll on his health, which led to his hospitalization and his passing a few days later.

We give a heartfelt thanks to family, dear friends, and excellent and caring medical professionals who cared for Chris over the past few months.  Arrangements entrusted to Spilsbury Mortuary (435) 673-2454. Family and friends are invited to sign his online guestbook at www.spilsburymortuary.com.