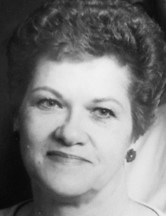 Beatrice “Bea” Mable Dockery returned to her Heavenly Father, on Feb. 10, 2020, she was at home with her loved ones near. Our loving wife, mother, grandmother, and sister was born in Price, Utah, on July 19, 1933. The daughter of Aurther Grames and Christina Christensen. She was raised in Price and East Carbon with her six siblings.

She was married while still a young adult to Delmar McCann Sr., and had four children with their union. This marriage took her to Yuma, Arizona, where she had to learn to deal with sand and heat instead of snow and cold. She later stated she preferred the heat. Bea, as she was best known, worked as a Secretary while in Yuma, and she was a member of the local Jaycees.

After her first marriage ended, Bea met Marion “Doc” Dockery who was also a member of the Jaycees. Doc, at the time, was a music instrument repairman. After Bea hired Doc to come fix an organ she had, her children all but forced her to have him stay for dinner. Bea and Doc became the love of each other’s lives and they were married on July 12, 1969. They were blessed with two children. Dad also brought three children of his own into the family from his previous marriage. Dad left the music business for a career in roofing. Mom longed to be closer to her mother, who still lived in East Carbon. Dad, who always gave mom what she wanted, packed up and moved the family north. When they got as far as St. George, dad stated I’m not going any further and mom agreed staying out of the snow was a good idea.

Mom helped dad start a roofing company in the still small town, St. George was in the late 1970s. The roofing business grew to be one of the biggest in the area at the time. Mom was always a faithful daughter of our Heavenly Father and served in many callings, of all types, including Relief Society President, which she was called to several times. Mom remained a homemaker and part-time roofing company office manager for most of her life. She was a believer of our great nation and in its political voting process. This led her to working in the polls each voting season. Mom enjoyed sewing and crocheting and made blankets, afghans and doilies for nearly everyone she knew.

Mom enjoyed cooking and entertaining; at her house there was always something good to eat. She also enjoyed square dancing and her and dad joined a square dancing club in St. George. During their square dancing days, mom and dad made many lifelong friends and traveled to many places to dance. Mom’s greatest joy was her family which grew and is currently at 25 grandchildren, and 37 great-grandchildren.

Arrangements entrusted to the care of Metcalf Mortuary. For condolences, full obituary, and funeral listings please visit their website, www.metcalfmortuary.com.

Should Utah school employees under criminal investigation be put on administrative leave?